The recall election is less than two months away and the campaign efforts are ramping up. The full-house event was also an effort to recruit volunteers. 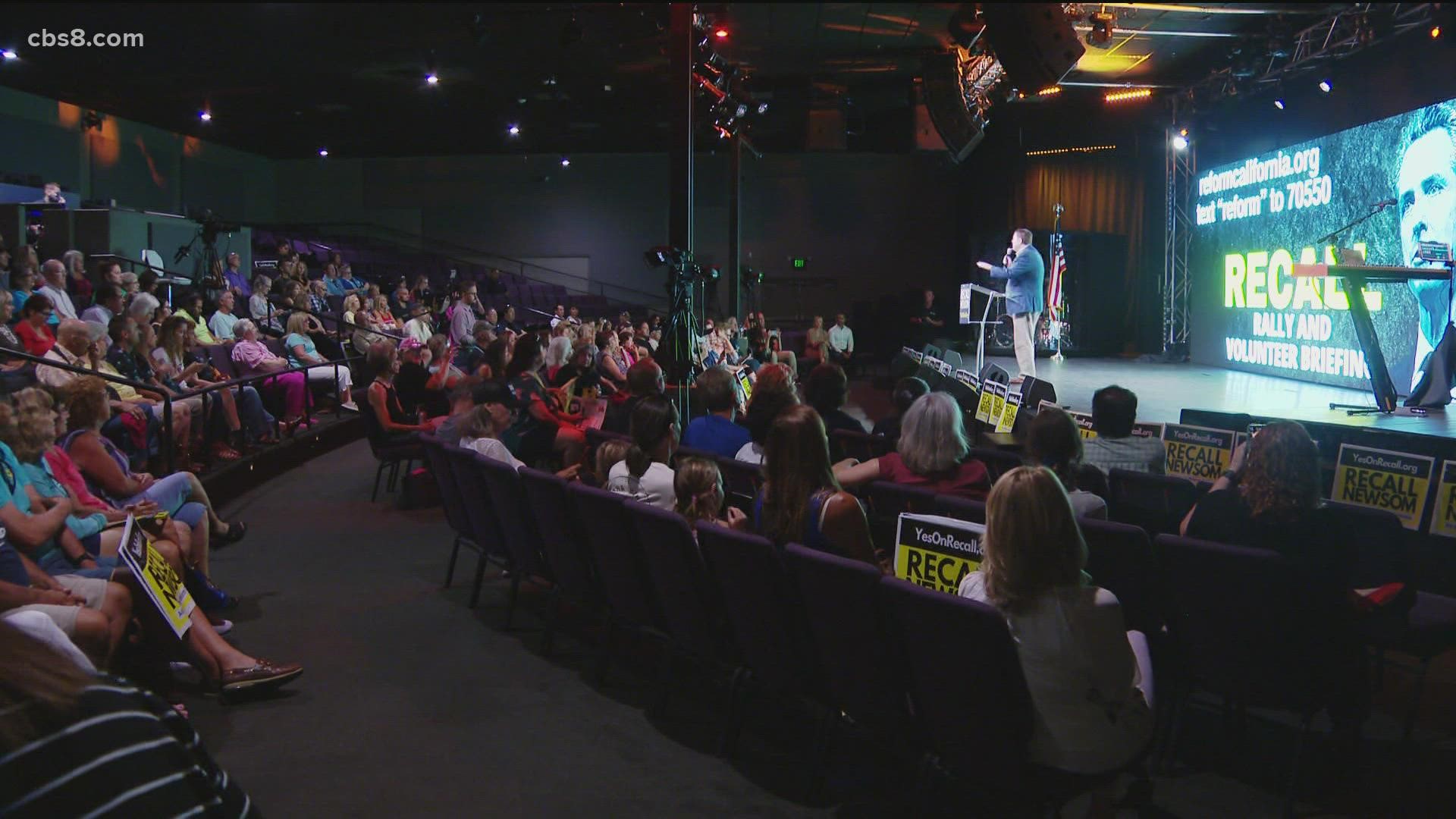 SAN DIEGO — For the first time in nearly two decades, California is facing a decision on whether to replace its governor.

The recall election is less than two months away and the campaign efforts are ramping up. Thursday night, supporters of recalling Governor Gavin Newsom held a rally in Kearny Mesa at Awaken Church.

The full-house event was not only a rally but also an effort to recruit volunteers.

"I think we need a huge change in this state clean it up," says voter Suzette Mirenda.

It was just the latest in a series of recall rallies to convince San Diegans to vote Governor Gavin Newsom out of office.

It's a grassroots campaign spearheaded by the group Reform California.

"This election is an investment in California's future," said Chair Carl DeMaio.

Enough signatures secured a special recall election with voters being asked only two questions on the ballot. Should Governor Newsom be recalled and if he is voted out which candidate should take his place.

Meantime, San Diego Democrats hosted a phone bank Thursday as part of their push to encourage voting no, saying that the recall will cost the state millions. San Diego party chair Will Rodriguez-Kennedy said anyone who thinks the current governor is unfit is simply not paying attention.

"The reality is that California's economy has thrived in spite of the pandemic," says Rodriguez-Kennedy.

"It's a sad attempt by the Republican party to stay politically relevant."

Several California chapters of the ACLU also announced their support for the governor, asking voters to vote "no" on the recall.

Californians will have the final say at the ballot box on September 14th.