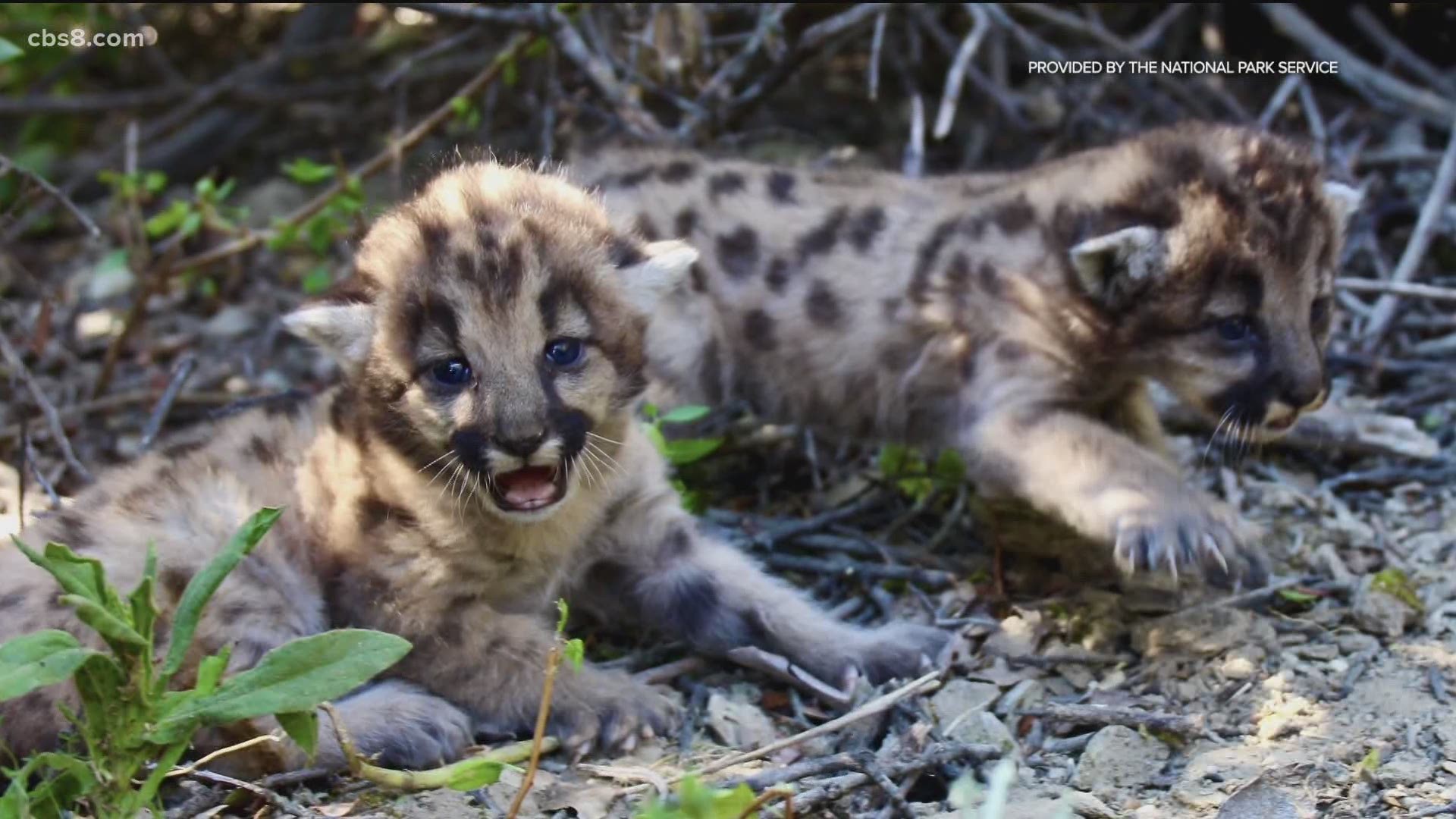 SANTA MONICA, Calif. — There's been a baby boom in Southern California. National Park Service biologists have found a big increase in the number of mountain lion kittens born in the Santa Monica Mountains and Simi Hills.

Since May, five mountain lion dens with 13 kittens, have been found - a record number in the 18 years researchers have been studying the animals in that area.

Researchers performed general health checks on each kitten while the mother is away hunting for food. A tag was placed on the kittens to help identify them in the future.

"The research has been invaluable," said Cholo. "We're learning more and more each year." 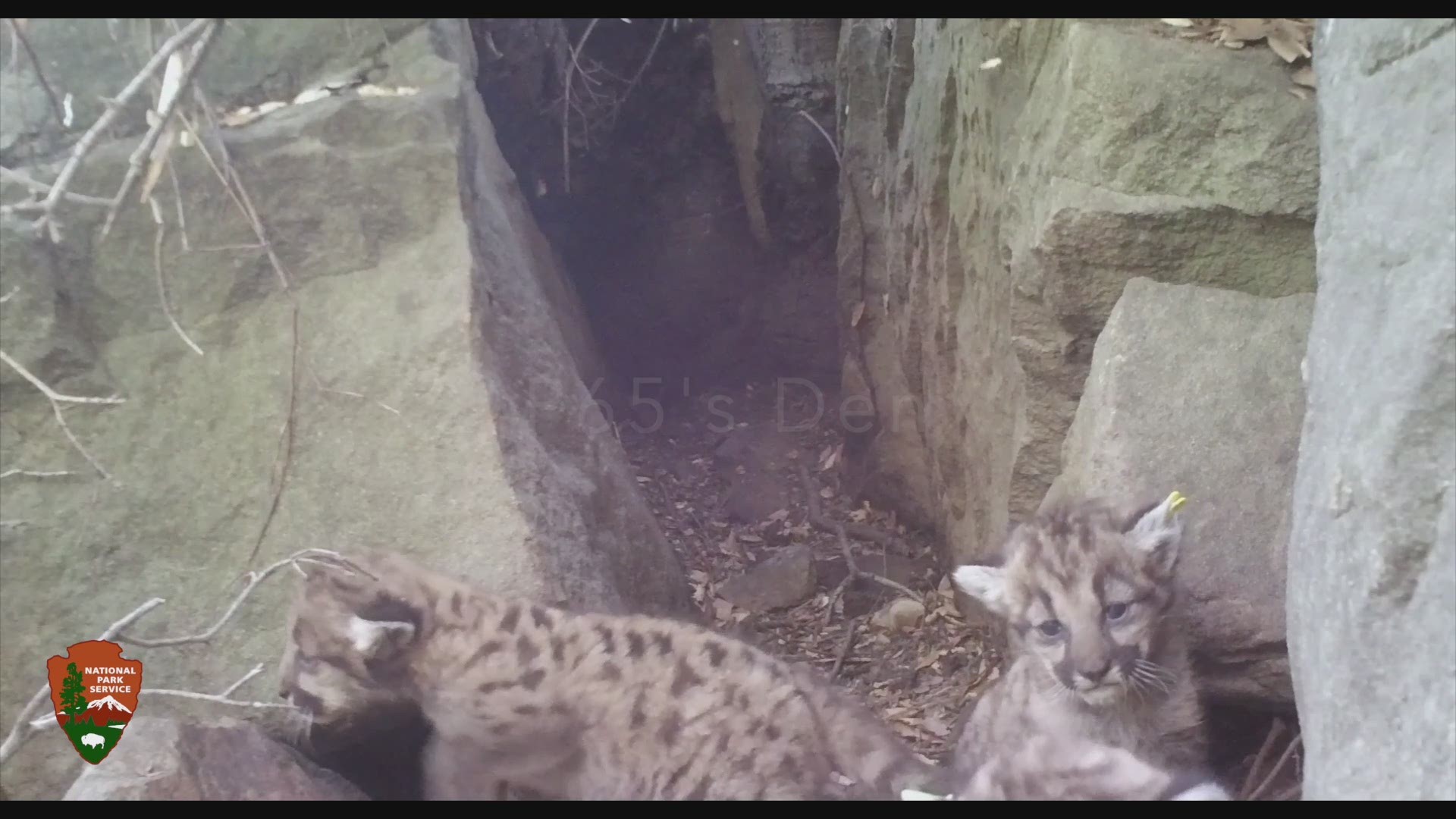 Cholo said researchers don't know why so many kittens were born in such a short period of time, but it's something they're studying.

The lockdown across the state in some instances has benefited wildlife.

A study by the Road Ecology Center at the University of California Davis found a significant drop in traffic after the emergency order went into effect in March.

The number of animals killed by vehicles also fell, including a 58% decrease in fatal crashes involving mountain lions between the 10 weeks before and 10 weeks after the order.

But Cholo said its too soon to say whether the pandemic has had any effect on mountain lion behavior. 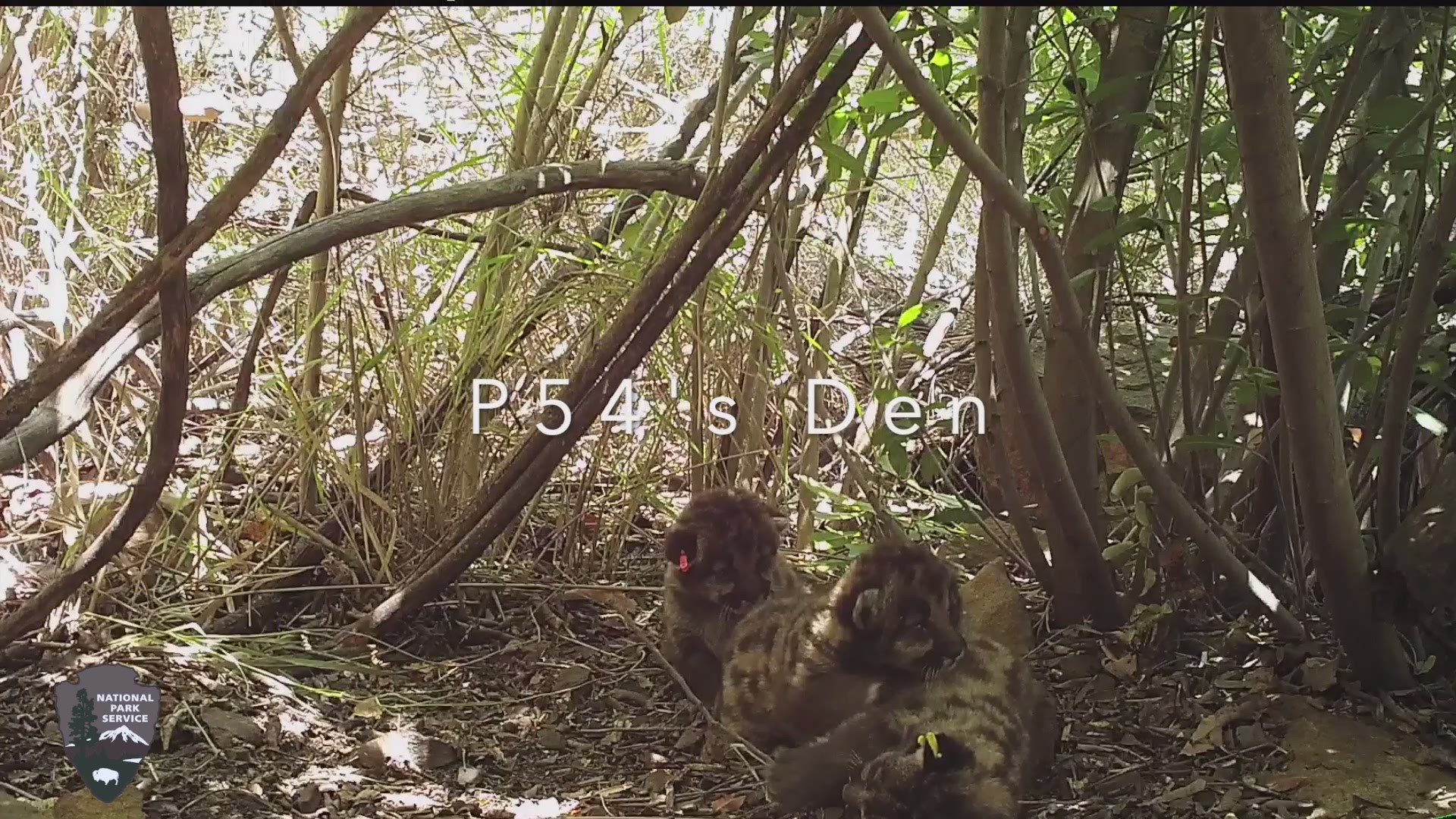 Mountain lion mothers typically raise their offspring for about a year and a half.

One of the moms who just gave birth is identified as P-19. Biologists have been following her since she was a baby.

2018 was also the year of the Woolsey wildfire.

Cholo said it destroyed about 90% of its federal parkland and about half of the recreation area. Biologists lost two mountain lions they were studying in that fire.

However, they did receive some good news when they discovered one of the new moms this year identified as P-65 is a 3-and-a-half-year-old mountain lion who survived that fire.

"This is a great sign. This is an amazing sign of life and we're thrilled to see it," said Cholo.