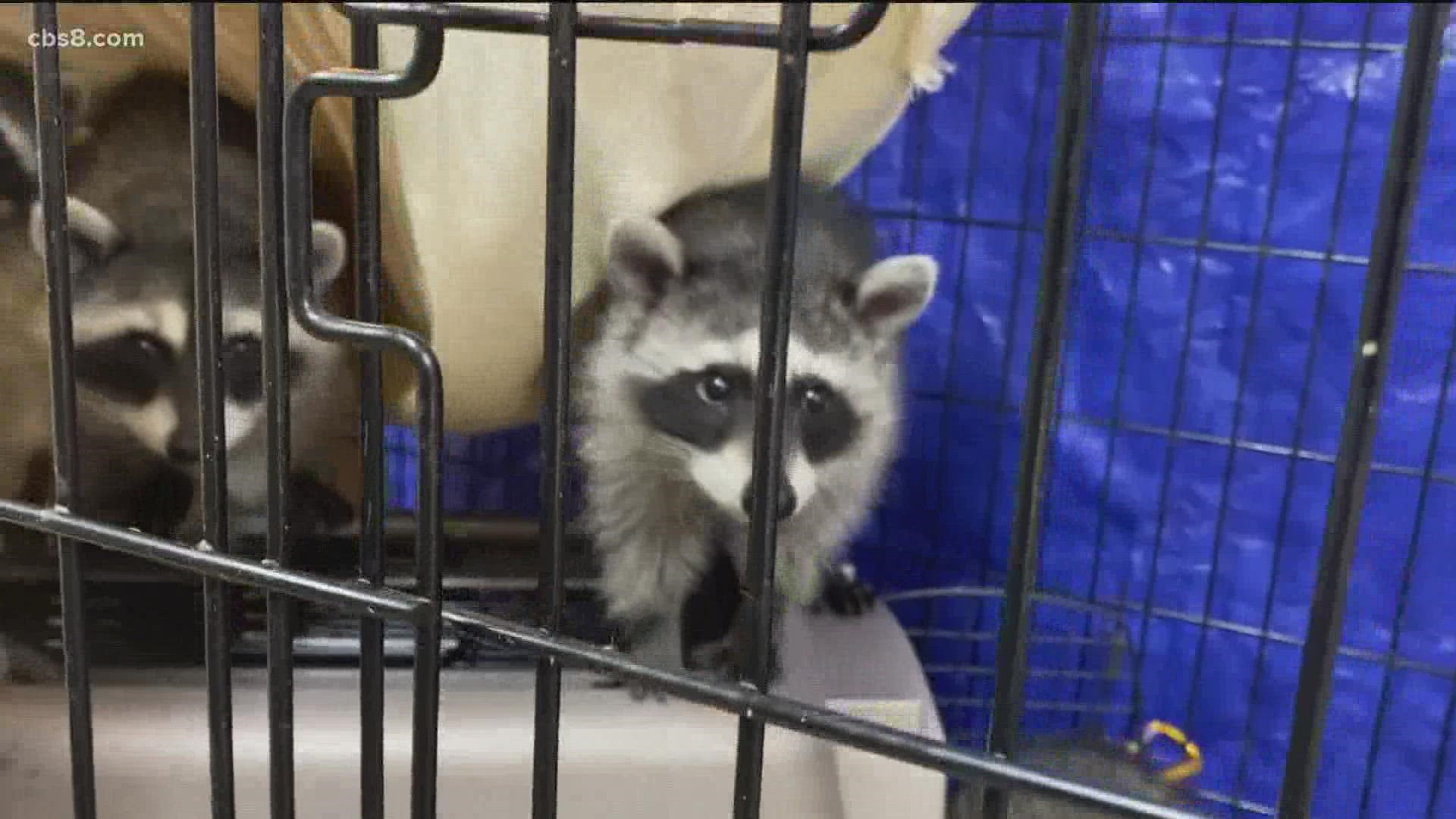 SAN DIEGO COUNTY, Calif. — Every year, the San Diego Humane Society typically sees about a hundred baby raccoons brought in by volunteers, and caretakers will look after them for about six months until they’re ready to be released back into the wild.

Usually raccoons are given care at numerous facilities throughout the county, but this is actually the first year where they’ve set up a new centralized raccoon nursery at the Humane Society’s Ramona campus.

“We really wanted to move all of our operations here in Ramona, so we’ve taken all of our pre-release enclosures down that were at our satellite care facilities, and were brought here,” said Andy Blue with Project Wildlife.

The caretakers work hard to make these little ones happy, and sometimes they can’t help but to take a moment and just watch them.

“Whenever we think we have them figured out, they throw a new curveball at us,” said Cusick. “It definitely makes for a fun work environment.”

When they’re brought in, baby raccoons will first be cared for in the nursery, and they’re treated to all kinds of good food.

Once big enough, they’ll graduate to the outdoor pre-release enclosures, where they’re one step closer to being back in the wild.

“Really that’s where they learn to be a raccoon and learn to hunt,” said Blue. “They need to be able to live hunt. They catch bugs.”

Usually, they’re released into the wild at about six months of age, but caretakers make sure they’re fully prepared first.

“They need to be able to hunt on their own, find prey on their own,” said Blue. “At that point, we take them to as close to the original area that they came from.”

Obviously, caretakers have a sentimental connection with these animals, but ultimately they all know that it’s best for them to return to the wild.

“You can see it’s easy to get attached to these little guys when they’re in the nursery,” said Blue. “But everybody knows the best-case scenario is to release them back into the wild.”