Historically, barber shops and salons have been a place where people can let their guards down and talk freely. 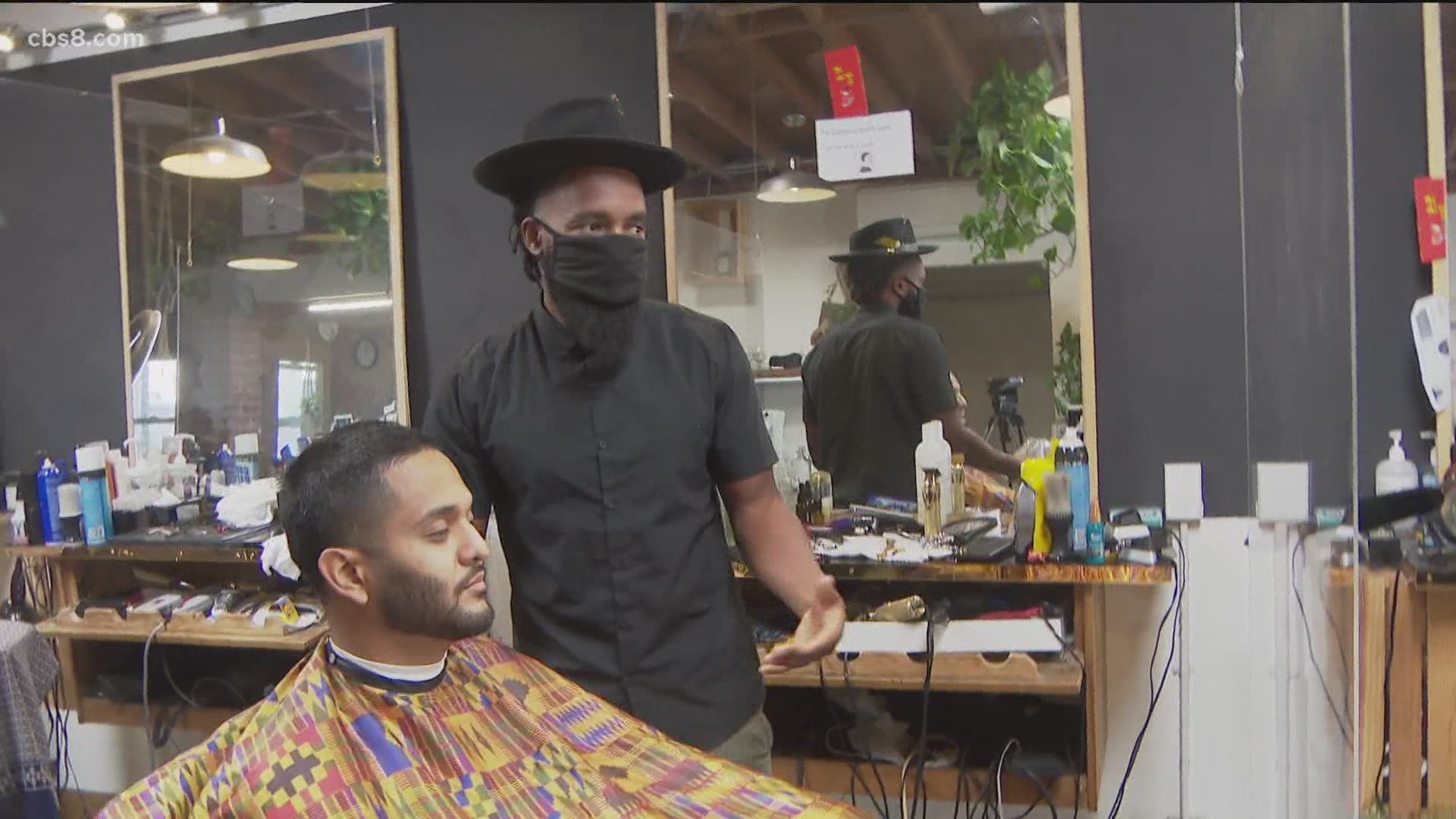 SAN DIEGO — It is a safe place where people can talk about what's going in the world and share opinions without the fear of retribution. The topic of discussion right now is the Derek Chauvin trial.

"One of the sentiments that has been echoed almost every day is how is it that George Floyd is on trial. They are saying that he's not the person who should be on trial,” said Derrick Banks, the owner of Freshly Faded Barber Shop in North Park.

Historically barber shops and salons have been a place where people can let their guards down and talk freely.

"We are all so diverse. So now you have people who normally wouldn't have a conversation about race religion and politics able to have those conversations,” said Banks.

“Barber shops are like the ecosystem that make the black community flourish. Your barber can get more out of you in 15 minutes than a therapist in 15 years,” said Shelton.

Freshly Faded is watching Derek Chauvin on trial to see what justice George Floyd will get.

"There's obviously a disconnect between the people and the police where it’s like we don't know if we should stand up for our rights or give in to authority,” said a client at Freshly Faded.

One topic of discussion and includes if this trial is symbolic of a bigger issue.

"I think you should no matter what the situation is comply,” added another customer.

Another topic discussed was how to deal with bad cops in general. They paralleled being a chief of police to being the owner of a barber shop.

"You run this place, you are responsible for every haircut that comes out of here. So everyone who works under here works under you,” said a customer to Banks.

“Right no doubt. It would be my responsibility then if I had a bad barber to get rid of them or keep them in line and further their education because everyone has the capacity to learn and grow,” added Banks.