The U.S. has seen 142 mass shootings since President Biden took office, including 46 mass shootings this month alone, according to Gun Violence Archive. 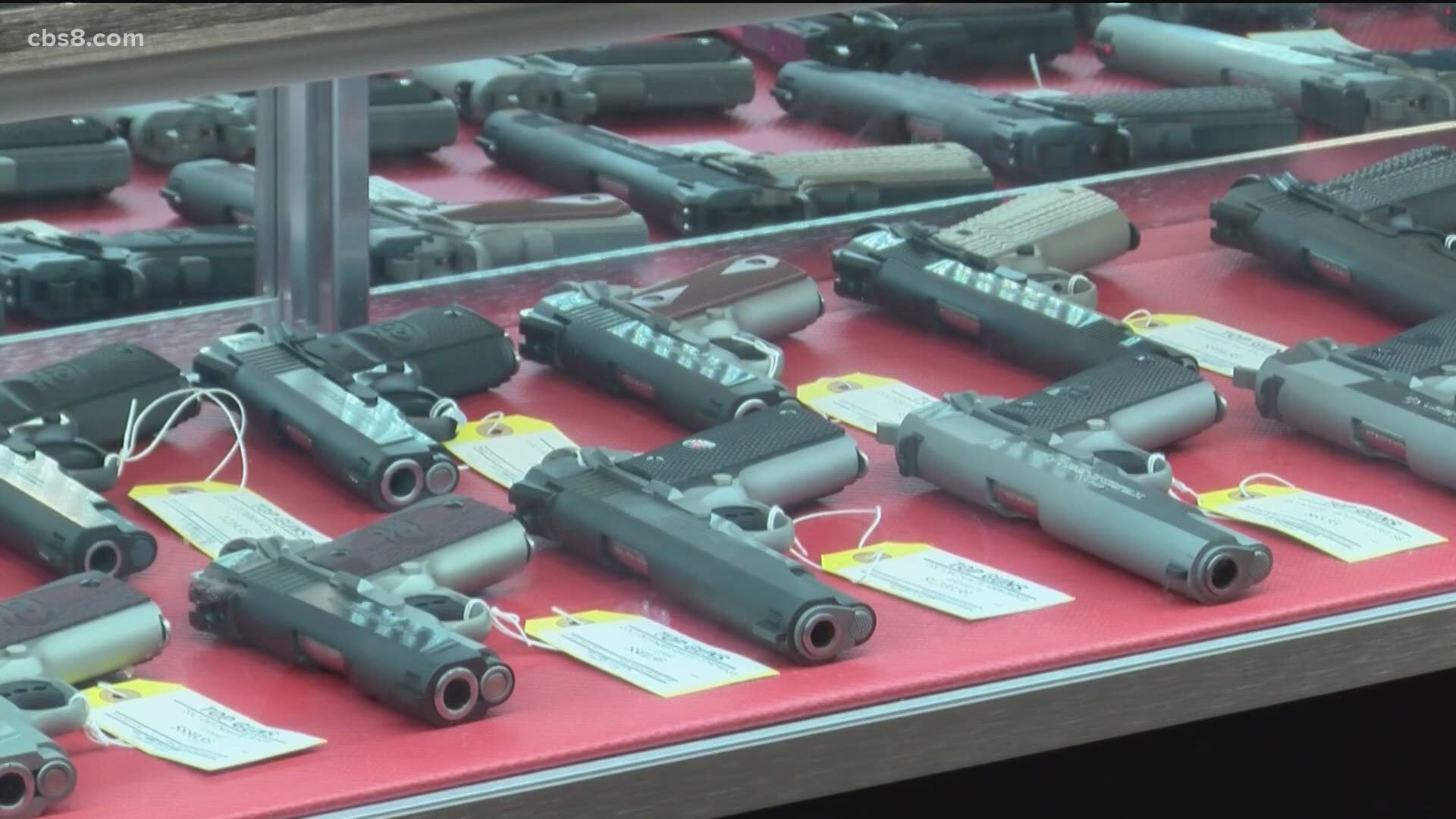 Gun control was one of President Biden's focal points Wednesday night, calling for "reasonable reforms" which he said all Americans, including gun owners, should support.

This is an issue that hits particularly close to home in light of last week's mass shooting in the Gaslamp Quarter and as San Diegans just marked the two-year anniversary of the Chabad of Poway shooting.

"I think this is not a Democrat or Republican issue," BIden said. "It is an American issue."

In his first joint address to Congress, Biden urged bipartisan support of legislation to close loopholes and require universal background checks to purchase firearms, as well as a ban on assault weapons and high-capacity magazines.

I will do everything in my power to protect the American people from the epidemic of gun violence. But it’s time for Congress to act as well.

This shouldn’t be a Red vs. Blue issue. It’s an American issue.

He also called for a ban on so-called "ghost guns": homemade firearms that are built from a kit, easily ordered online, that includes directions on how to put it together.

Buyers are not required to pass a background check.

"The parts have no serial numbers, so when they show up at a crime scene, they can't be traced," Biden said.

In fact, the alleged shooter in last Thursday's mass shooting downtown, 32-year-old Travis Sarreshteh, used a ghost gun to carry out his shooting spree, according to San Diego Police.

That shooting, in which one man was killed and others injured, counts as one of 142 mass shootings in the U.S. since Biden took office, including 46 mass shootings this month alone, according to the research group Gun Violence Archive.

"This shouldn't be a red or blue issue, and no amendment to the Constitution is absolute," Biden added.

In response to Biden's remarks, the National Rifle Association tweeted "the threat to our second amendment is real" while some gun owners say that Biden's proposed reforms could spur a backlash.

President Biden also called for the re-authorization of the Violence Against Women Act which expired in 2019. Biden said this would close the so-called "boyfriend loophole" and keep guns out of the hands of abusers.

"Let's pass it and save some lives," Biden added, garnering rounds of applause.

According to the president, more than 50 women are shot and killed by an intimate partner every month in the United States.

FACT: Since Joe Biden took office, Google searches for "how to join the NRA" spiked over 5000% .

The threat to our Second Amendment is real and Americans know the NRA is the last line of defense.