Ryan Gehris has raised more than $3,000 for Gold Star families. 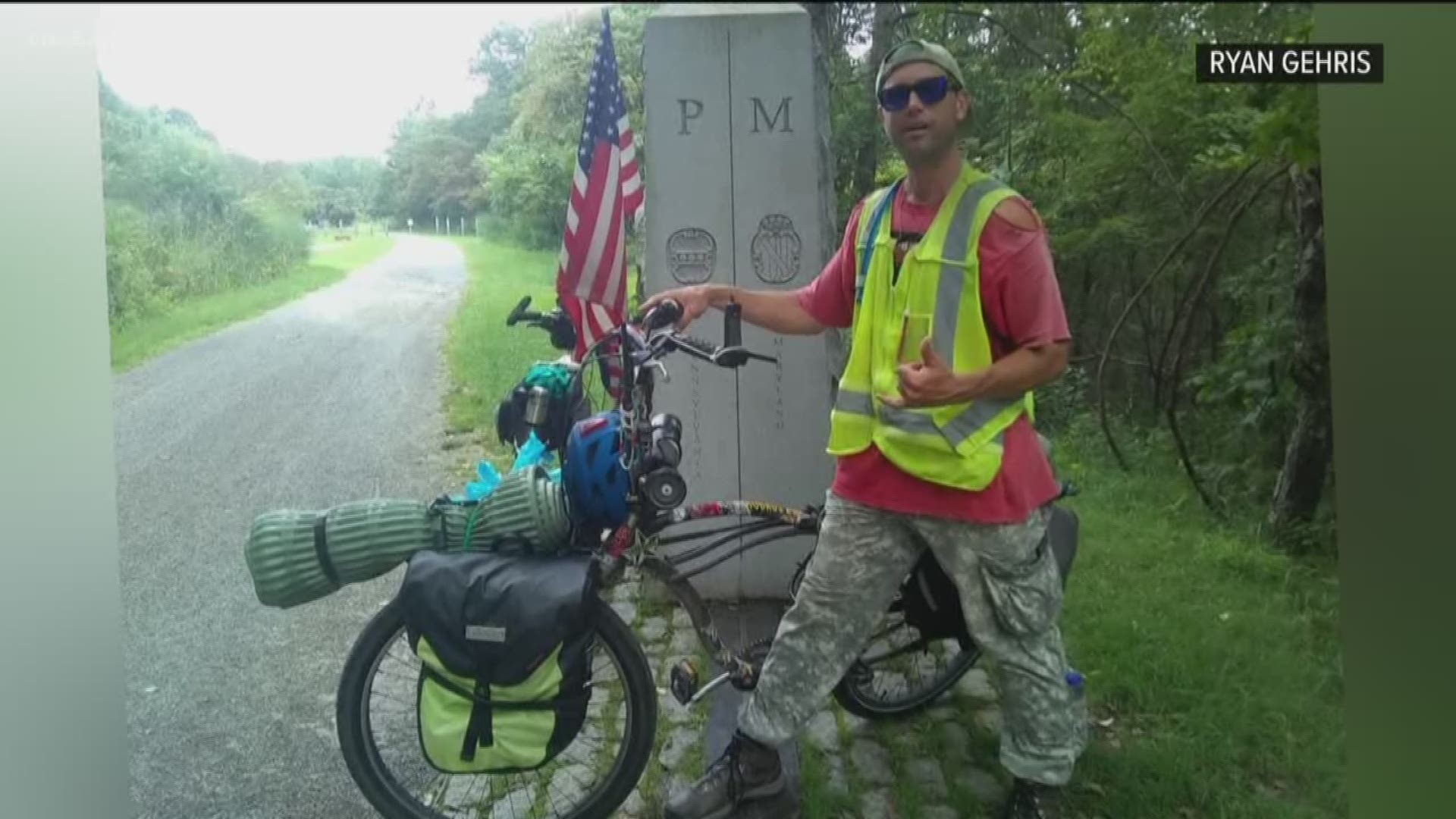 SAN DIEGO — An Ocean Beach man who rode his bicycle across the country to raise money for Gold Star families is asking the public for help after his beach cruiser he took on that cross-country trip was stolen.

News 8 first introduced Ryan Gehris last fall after he returned home from a trip across the country. He rode his beat up and rusted beach cruiser from Ocean Beach to Times Square in New York.

The bike, which has a lot of sentimental value to Gehris, was stolen while he was having dinner at Yummy’s Buffet in Point Loma on Saturday.

Gehris said his was locked on the railing, but when he came outside after eating, it was gone.

“I stop to get something to eat. I lock my bike up, like I always do and when I come out it is gone. My heart jumped. I could not believe what I was seeing. I looked around frantically,” he said.

Gehris, who is a cook at Hodad’s, walked home that night asking everyone along the way if they had seen his bike, but to no luck.

“Obviously I have drawn a huge attachment to this bicycle – all the meanings to it,” he said.

Fortunately, Gehris still has the flag that he took with him on the cross-country trip.

“This was on my front left handlebar. It went all the way across the country with me,” he said.

“To me, there is no price to put on that if I had $10,000 I would pay for that because it means more to me than any amount of money. I just want it back,” said Gehris.

Gehris said he has filed a police report and hopes someone will return the bike.