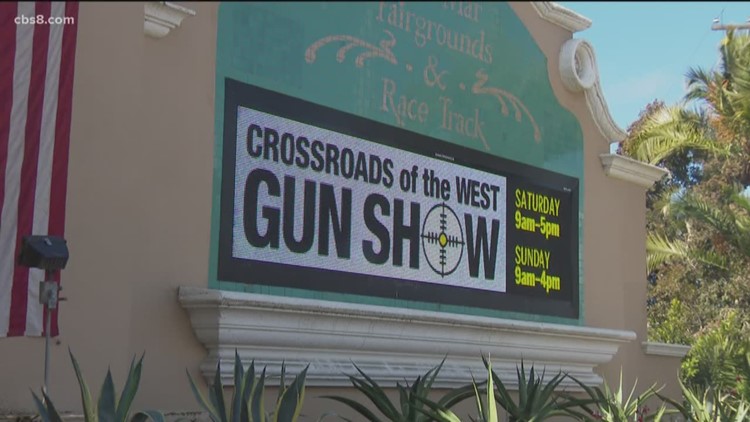 DEL MAR, Calif. — Assemblyman Todd Gloria, D-San Diego, praised the state legislature Wednesday for passing a bill he co-authored to ban the sale of guns and ammunition at gun shows held at the Del Mar Fairgrounds.

Gloria and Assemblywoman Tasha Boerner-Horvath, D-Encinitas, introduced AB 893 in February. The measure would bar the state's 22nd District Agricultural District, which oversees operations at the fairgrounds, from authorizing the sale of guns and ammunition on fairgrounds property.

The 22nd DAA's Board of Directors voted last September to temporarily ban the sale of guns and ammunition at the fairgrounds until state legislators could iron out concerns about on-site purchases. The vote effectively suspended gun shows like Crossroads of the West after Jan. 1, 2019.

The Assembly passed the bill on a 48-16 vote in April and the state Senate approved it, 27-11, on Tuesday. Gov. Gavin Newsom has not taken a public stance on the bill, but did submit a letter to the 22nd DAA last year calling for an end to the gun shows.

"This bill is about offering more than thoughts and prayers," Gloria said. "It's about policy and action and listening to the communities around the fairgrounds who no longer want these events taking place. In California, we value people over guns and this bill makes that clear."

The bill has faced staunch opposition from gun rights groups like the California Rifle and Pistol Association and the San Diego County Gun Owners political action committee, as well as B&L Productions, which runs the Crossroads of the West gun show.

In response to the 22nd DAA Board of Directors' vote, the CRPA filed a lawsuit against the state of California, arguing the ban is unconstitutional. In June, a federal judge issued a preliminary injunction in the case, ruling that the state must allow gun shows at the fairgrounds to continue while the court rules on the legality of the suspension.

"The truth of the matter is that the organized gun shows have the best record of security measures to prevent gun violence and the best record of ensuring that guns do not get into the wrong hands," Sen. Brian Jones, R- Santee, said on the Senate floor, comparing the gun shows to other events like concerts that are held at the fairgrounds.

The CRPA's case is expected to continue into the fall and could eventually complicate AB 893's efficacy. If Newsom signs the bill before the case is completed, B&L Productions would likely file a second suit to try to have the bill struck down.