Incredibly, the pilot walked away with just a broken nose, some scrapes and minor cuts. His instructor's injuries are more severe. 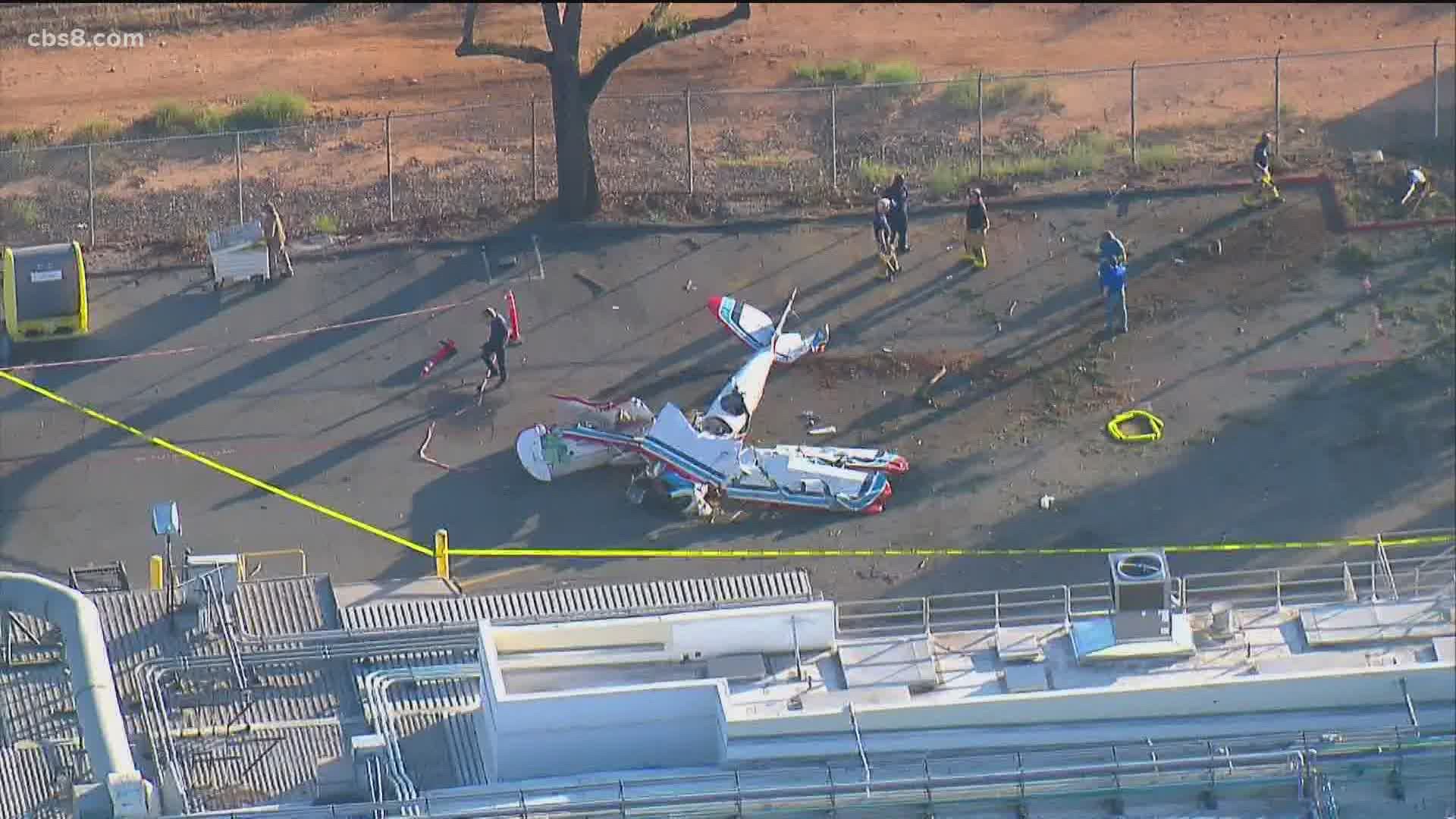 SAN DIEGO — A pilot and U.S. Marine for 14 years, 38-year-old Chris Stoddard said that being in a small plane as it made a crash landing was the biggest scare of his life.

"It all happened really quickly. We were just trying to do the best we could," said Stoddard. "We train a lot to practice that sort of stuff, but you never really know what it's going to happen to you, so you try to just do the best you can and prevent any loss of life."

Stoddard, a commercial airline pilot, said he was learning to fly the two-seater biplane when he and his instructor ran into mechanical trouble shortly after takeoff from Montgomery Field Thursday afternoon. They managed to avoid buildings and vehicles below, and made a crash-landing in a Kearny Mesa parking lot.

"The other pilot's a good friend of mine. He's got a ton of experience. He's an excellent pilot, great instructor. I was lucky to have him there with me. You know, it could've been a lot worse. He probably helped save our lives," Stoddard said.

Incredibly, Stoddard walked away with just a broken nose, and some scrapes and cuts and was released from the hospital Thursday night.

"Crashing a plane and living to tell about is one thing, but being discharged from the hospital only a couple hours later is pretty incredible," he reflected.

His friend's injuries, however, are more severe.

"I feel bad that, you know, he's worse off than I am and that's probably the worst part. We'll make sure that he's okay and I'm just hoping that he's doing alright," Stoddard said about his instructor and friend that was the only other person in the plane with him.

Stoddard wanted to make sure to thank the first responders and the good Samaritans that showed up first to help.

"There was a pedestrian right after we crashed, a couple of people, that came over to help. I just want to thank them and thank the first responders as well for getting there so quickly and taking good care of us," he said.

Stoddard said he'll probably try to fly this type of plane again, but for now, this Marine of 14 years said he will reflect on what was certainly his closest brush with death.

"I did a couple of deployments overseas and so there were sort of some crazy times, but this probably tops it," he said.

Stoddard had run for East County's 53rd Congressional District earlier this year and came in third.

He says he's thankful for the many messages of support and concern but he'd like to direct all prayers and positive thoughts to his friend who is still recovering from major injuries.