A year after George Floyd’s death, the video of his killing has been seen by millions around the world. Since then, there have been similar videos online. 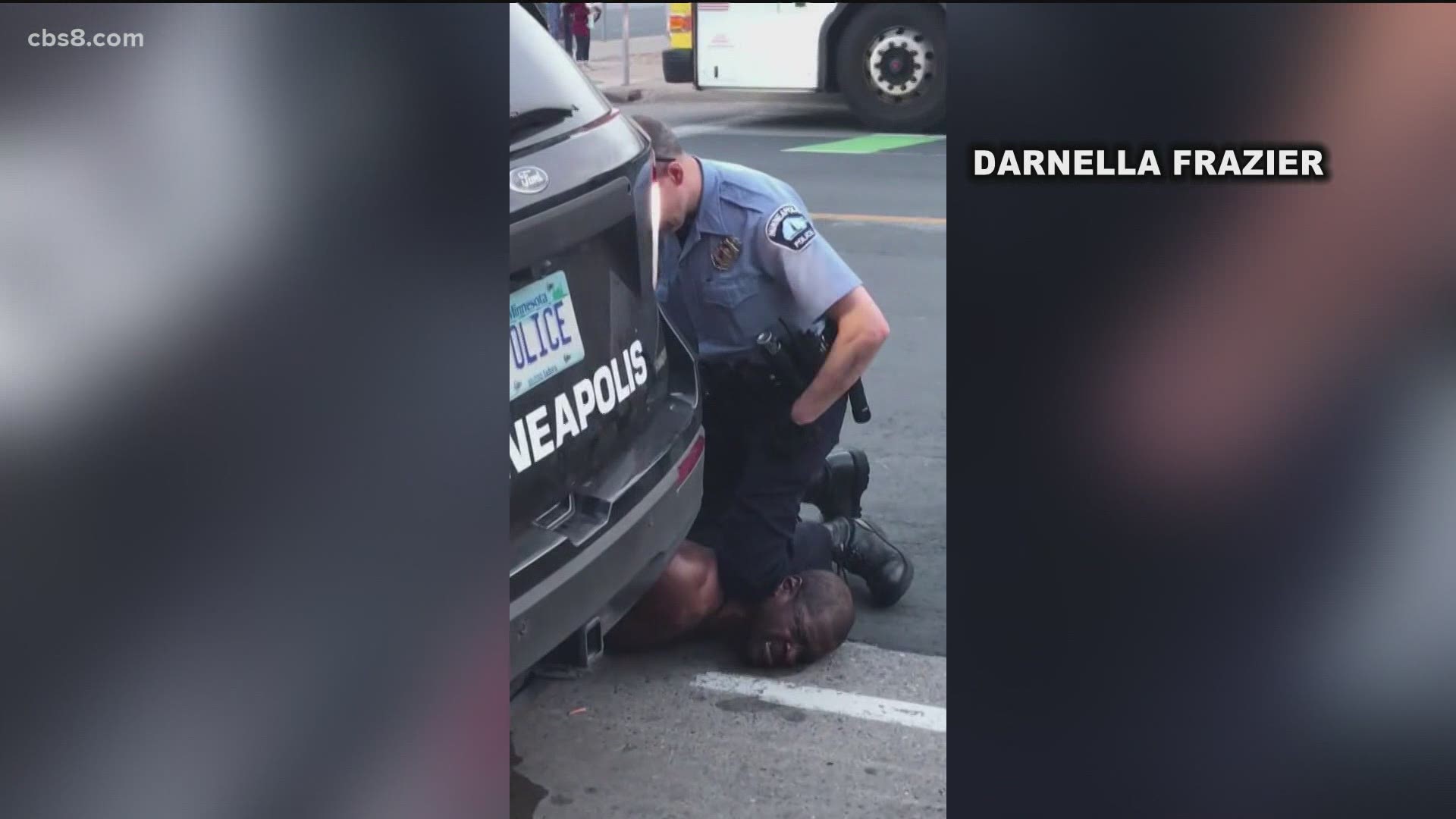 SAN DIEGO — Nearly a year after George Floyd’s death, the video of his killing has been seen by millions around the world. Since then, there have been multiple, similar videos circulating online.

As we wind down mental health awareness this month, News 8's LaMonica Peters takes a look at the mental impact watching these disturbing videos may have on all of us, but especially those in the Black community.

I talked to a mental health advocate who works within the African American community and she said since the George Floyd video went viral, some people imagine themselves in that situation and it’s extremely upsetting.

Recorded on video by a teenager walking by a convenience store, George Floyd’s murder on video last year has been seen over and over again. Alonzo Harvey, a pre-law student at UC Berkeley who grew up in San Diego, said seeing these videos is emotionally draining.

According to the Health and Human Services Office of Minority Health in 2018, 11% of Black adults reported feelings of sadness, worthlessness, or feeling everything is an effort, compared to 6.6% of white adults. Twenty-four-year-old Diamond Dale runs Home, Inc, an agency that connects young people to mental health services in San Diego.

“I have people who come to me who are just like “I don’t know if this is going to help but let’s try it”. And then they love it and they tell other people. I just feel like the conversation is starting and that’s what we needed,” Dale said.

Dale said videos of Black people being killed by police on camera and violent protests take their toll on everyone but especially Black people, who she said have been fighting for racial equality in America for centuries.

“The Black Lives Matter movement has brought light to the fact that just walking down the street or just driving our cars, like we’re constantly fighting. We’re constantly in this fight or flight mode. We don’t get a chance to sit back, be patient and say, 'this doesn’t feel right. Who can I talk to?'” Dale said.

Dale said she offers services in San Diego and Detroit for now.

If you’d like more information about the mental health services Dale provides, just go to homesd.org