"So we're feeling a lot of stress and tension everywhere. All across the United States. Not just in San Diego," said Ben Kelso. 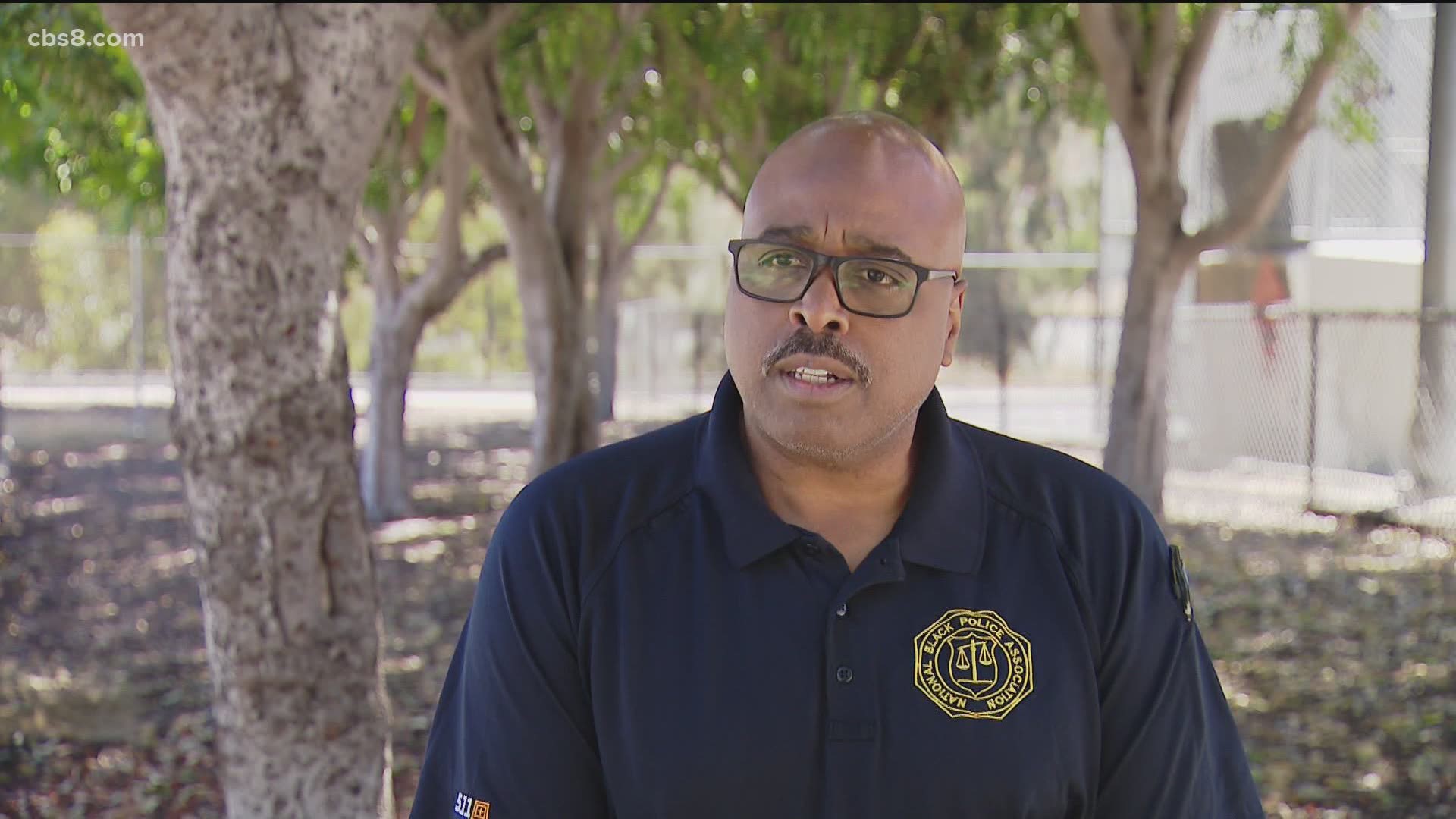 SAN DIEGO COUNTY, Calif. — Policing is hard during this time of protest, and black officers are speaking up all over the nation about these incidents.

Ben Kelso is the president of the San Diego chapter of the National Black Police Association .

"So we're feeling a lot of stress and tension everywhere. All across the United States. Not just in San Diego," said Kelso.

That stress is making some look at their career in law enforcement.

"I do know here in San Diego we have officers that have expressed a lot of pain and hurt. It's made them question if they want to stay in this career field," said Kelso.

"So what I say is continue to be strong, hang in there. We know you're hurting. This is a time of change. Change is happening, and you're needed more than ever in law enforcement," said Kelso.

Akaan Thomas is an officer with the San Diego Police Department, and those questions have entered his mind.

"Am I doing the right thing or am I on the wrong side of what's going on? For me, I became a police officer to help people," he said.

He knows he is on the right side.

"This is a flashpoint for change this is in part like the Civil Rights movement of the '60s," he said.

Staying on the force will help that change.

"To change the look and to also educate our counterparts that maybe don't understand, that don't come from the communities," said Thomas.

Thomas sees this as a turning point.

"I saw protesters in London, [and] Spain. That is what I'm talking about the seeds of change are here," he said.