The roughly 15-acre blaze burned near homes but has caused no reported structural damage or injuries according to Cal Fire. 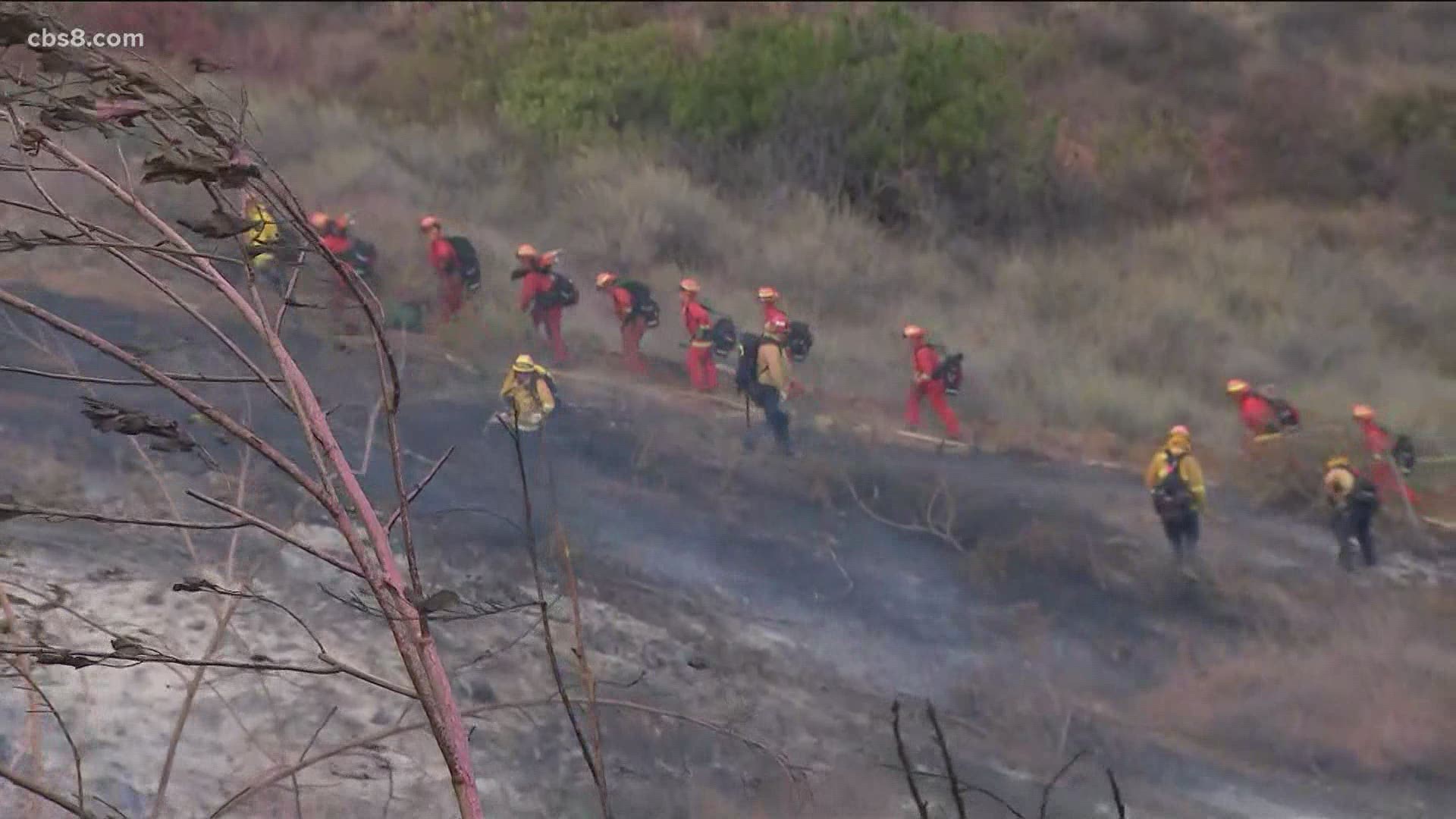 SAN DIEGO — A fast-moving brush fire tore through a canyon in a neighborhood near Cuyamaca College Wednesday.

The blaze erupted for unknown reasons off Campo and Jamacha roads in Rancho San Diego about 12:30 p.m., according to Cal Fire.

The flames were soon spreading perilously close to homes along Avenida Roberta and Calle Los Arboles, prompting authorities to advise residents in those areas to evacuate as a precaution. A temporary shelter for the displaced was established outside Regal Edwards Rancho San Diego multiplex off State Route 94, about a mile to the east.

Within about an hour, firefighters, including personnel aboard air tankers and water-dropping helicopters, had halted the spread of the roughly 15- acre blaze, according to the Cal Fire Twitter page.

There were no immediate reports of structural damage or injuries.

#CampoFire in Rancho San Diego [update] Fire is five acres, immediate structure threat along Avenida Roberta x Calle Los Arboles. Evacuate if in the area or if you feel threatened.