It happened at an old Firestone building on Garnet Avenue where trash, shopping carts and more were left scattered throughout the space. 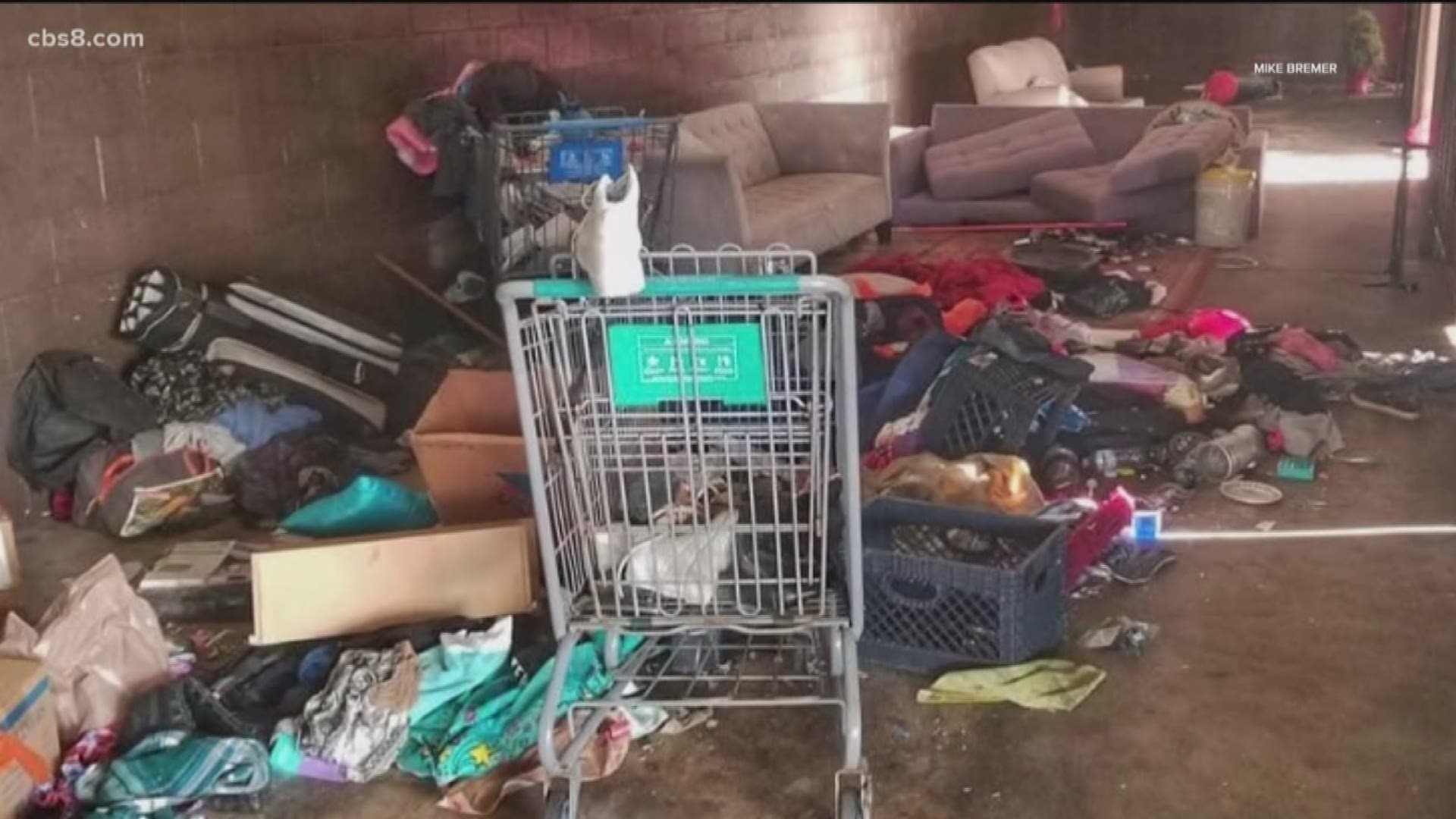 SAN DIEGO — A business owner in Pacific Beach said he was stunned when he looked inside the window of the vacant building next door and saw squatters had trashed it and left drug paraphernalia behind. It happened at an old Firestone building on Garnet Avenue where trash, shopping carts and more were left scattered throughout the space.

"It’s been an ongoing problem in PB,” said Mike Bremer who took pictures and posted them to Facebook.

“We should have some standards,” he said. “There was a pretty disgusting mess inside - crack pipes, bear spray, knives.”

Bremer has owned the tattoo shop next door to the Firestone building for more than 20 years.

"I started noticing more and more activity,” he said. “[The] windows painted, pieces of paper put up to block [the] view. Eventually, I saw someone going in through the window.”

Bremer said on Friday police were called to the building and a suspect ran up onto the roof. The building owner also came to the scene and discovered the mess inside.

Bremer said it took more than one truck to haul the mess away.

“As a society, we need to agree on terminology. There’s homeless people we should have compassion for, but then there’s a class of people who are thieves mixing with the homeless that need to be dealt with in a lawful manner,” Bremer said.

News 8 reached out to the area's city council member Jennifer Campbell's office late Sunday afternoon and did not receive a response.

Monday, a spokesperson for Campbell's office released the following statement:

“Situations like this degrade our communities and cause headaches for all involved. If other businesses have been struggling with trespassing, please consider filing a Letter of Agency with the San Diego Police Department. This form allows the San Diego Police Department to act as the agent for the owner of private property for purposes of enforcing laws against any one found on the property without the owner's consent."