Authorities confirm the driver of the bus took off after the crash and still hasn't been located. 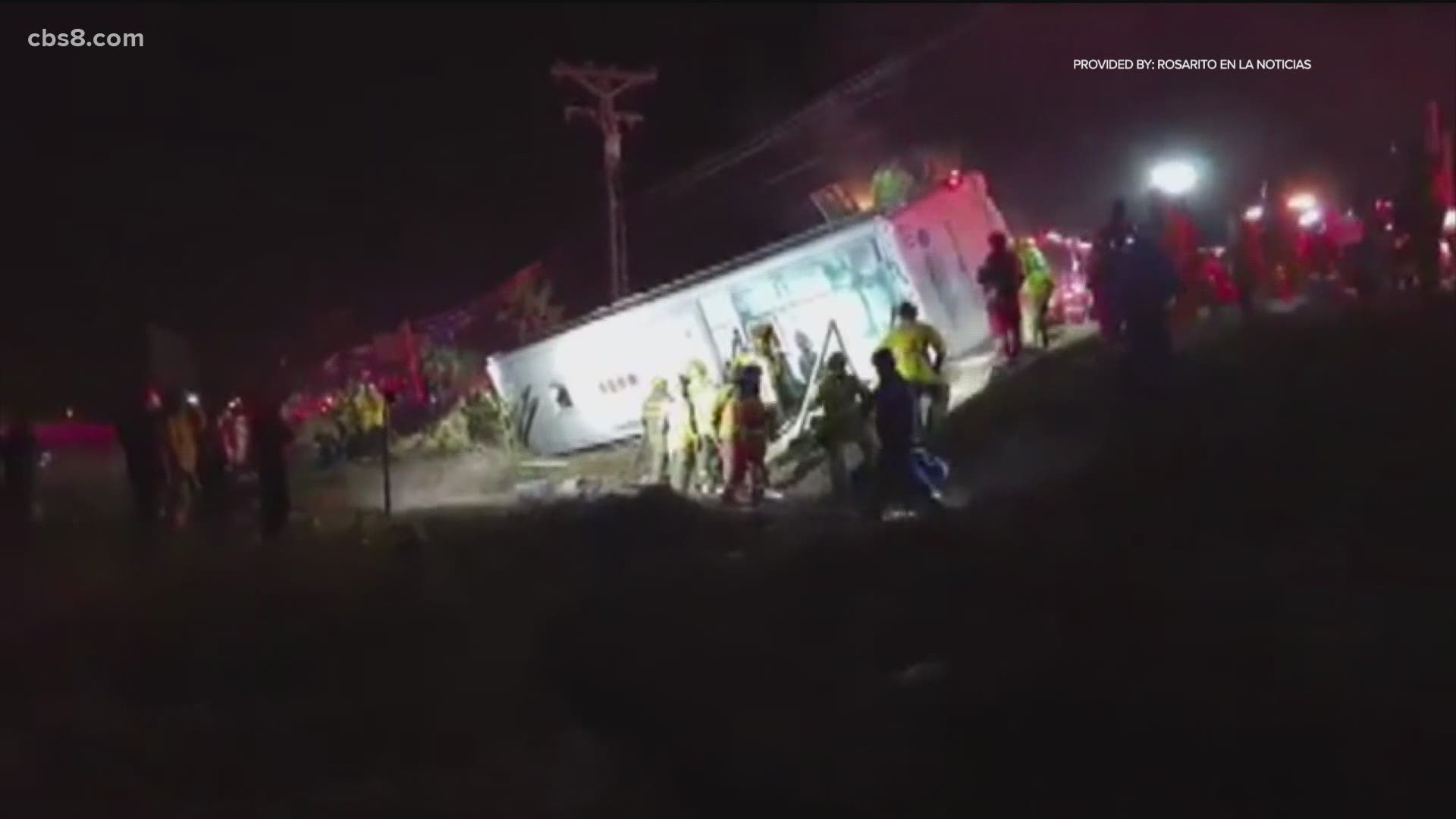 BAJA CALIFORNIA, Mexico — A private bus chartered for a day of fun in Mexico flipped over near Rosarito Tuesday night, killing at least seven people and injuring more than 30.

Surveillance video shows one bus making the right turn without any problems, but the driver of a second bus loses control, the vehicle flips and slides off the road.

At this point, authorities do not believe anyone from San Diego County was onboard.

Reporter Vicente Calderón with Tijuana Press says it was a chaotic scene and, making a bad situation worse, the bus was on its side so crews had to go in through the roof. Some passengers were pinned under part of the wreckage.

“When the bus rolled over outside the main highway, it was difficult to get everybody out,” Calderón said. “We are learning that at least a couple of people will be losing their limbs.”

Calderón added that two of the victims had injuries so severe that authorities are calling them “unrecognizable”.

A triage area was immediately set up to help identify those with the most serious injuries, but the area where the accident is a small community and doesn't have the resources to handle such a huge, catastrophic event.

As a result, many victims had to wait for the help they needed -- until crews could come down from Tijuana.

“They had to bring a lot of ambulances and rescue vehicles because the ones in Rosarito were not enough due to the magnitude of this tragedy,” Calderón said.

There were around 50 people on board. Some of the injured are as young as 15. They were taken to several hospitals across the region.

At first, authorities thought the bus was filled with workers from a factory, but they later confirmed the passengers were actually local hospitality employees who hired the buses to enjoy a day out of town in Tecate.

“This was a fun trip that went wrong,” Calderón said.

Authorities confirm the driver of the bus took off after the crash and still hasn't been located. The owner of the bus company has also disappeared.

The investigation into their whereabouts, and why the accident happened, is continuing.