The website is intended to promote the benefits of being a local beer manufacturer, showcase more than 100 establishments for beer enthusiasts and more. 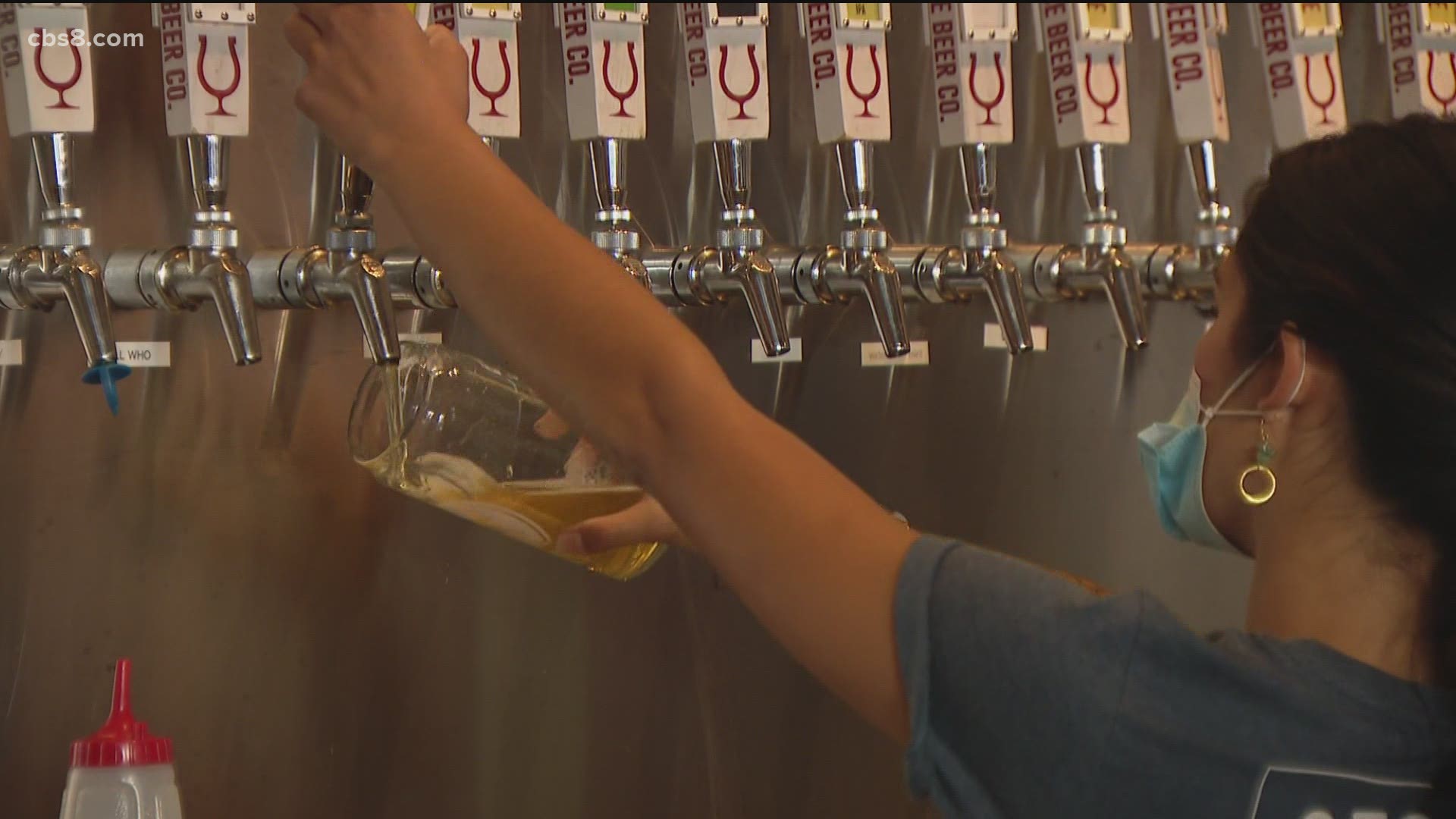 SAN DIEGO — In honor of National Beer Day, the city of San Diego on Wednesday launched a "Business is Brewing" website to provide local breweries with market information and economic development resources they can use to support and grow their businesses.

The website, created and managed by the city's Economic Development Department, is intended to promote the benefits of being a local beer manufacturer, showcase more than 100 establishments for beer enthusiasts, and educate about the programs available to keep breweries, brewpubs and tasting rooms operating throughout the COVID 19 pandemic.

"San Diego remains one of the country's top five craft beer cities, and we want to make sure this important industry remains informed, supported and resilient as it continues to operate during the COVID-19 pandemic," said Christina Bibler, director of the Economic Development Department.

"This interactive website is an innovative one-stop shop for beer manufacturers and beer enthusiasts, both locally and nationally, showcasing the spirit to brew and buy local during these challenging economic times," she said.

As of last month, the city was home to 46 breweries, 40 brewpubs and 24 tasting stores that were open or offering to-go service.

The Business is Brewing website includes an interactive map with business and market information about those 110 operations, and an economic report on the $1.2 billion San Diego regional beer cluster -- which supports 6,500 jobs countywide and $848 million in revenue according to a report by the Office of Business Research and Analysis at California State University San Marcos.

The site also includes information about available economic development programs and a map tour of 23 breweries that produced award-winning beers at the Great American Beer Festival and the San Diego International Beer Festival in 2020.

Although the San Diego Brewers Guild says it was unaware of the city's new website, breweries are raising a glass to the future.

National Beer Day also fell on the day the county moved into the less restrictive Orange Tier and lifted the curfew.

"Something to celebrate. It's huge for all of us in this industry and I think it will make the difference if they survive the pandemic," said Virginia Morrison, Second Chance Brewing Company Owner and San Diego Brewers Guild President.

Morrison says there something communal about local breweries. When News 8 visited, they were hosting a #BoulderStrong fundraiser for the victims of the Boulder shooting. She credits customers and fans support during the pandemic but says tasting rooms are vital to business.

"Tasting rooms are the lifeblood for breweries," said Morrison. "It's also where we can connect with our fans and see where the beer is made."

Nationwide the Brewers Association reports for the first time there was a decline in craft beer sales in 2020.

"Is it really surprising though? Most of the country was shutdown for a significant part of 2020," said Morrison.

She mentions that the report does not include hard seltzer which she says astronomically grown.

Many breweries also tried to adapt by canning beers but it was costly.

"Doing beer in cans, that business takes a lot of time to establish. It's not that you can go overnight and sell in Albertson's or Costco," said Morrison.

Although breweries say it could take years to get back to normal, they'll cheers to National Beer Day.