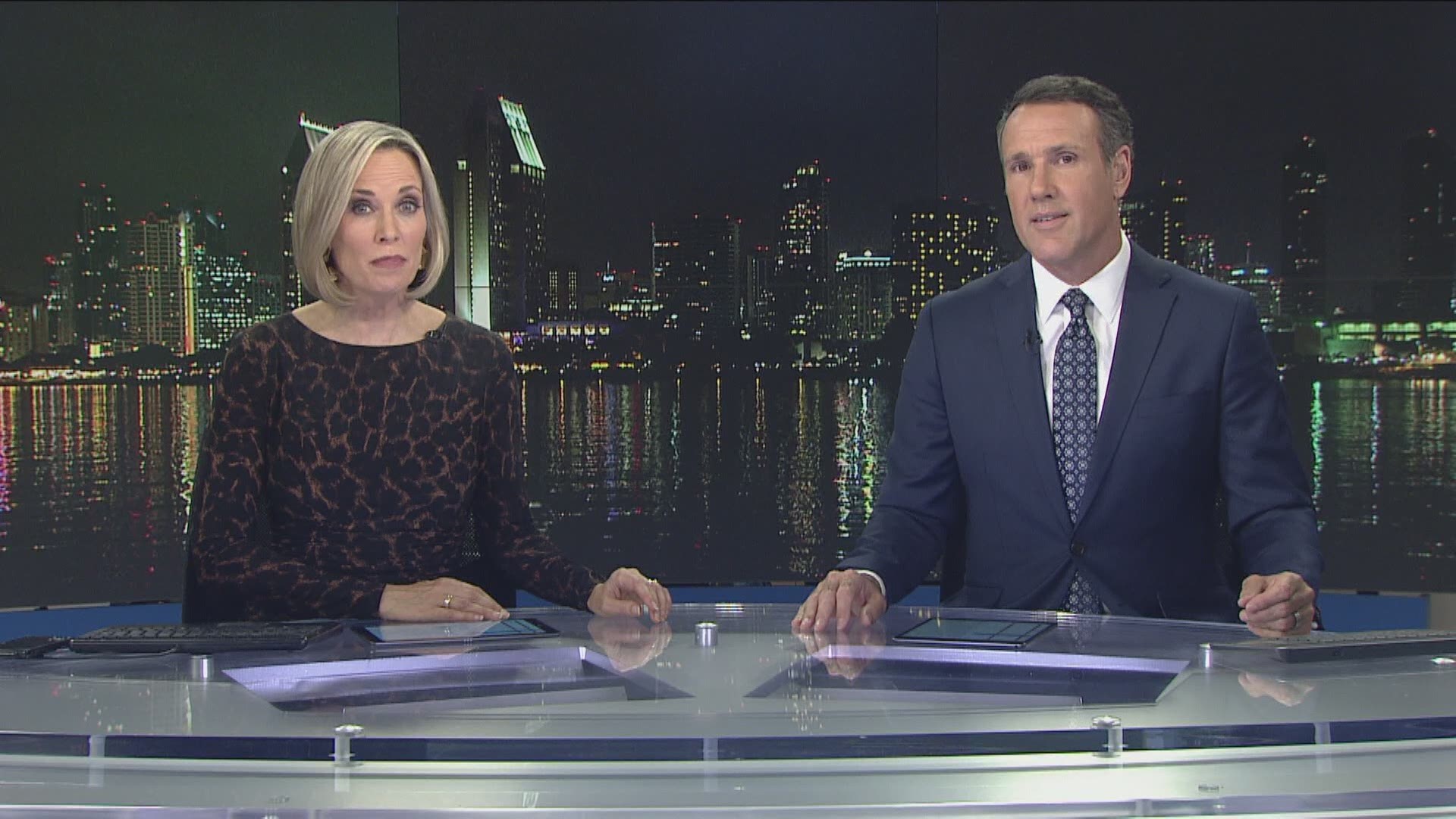 SAN DIEGO — A recent report by the California State Auditor revealed lead poisoning remains a big threat to children. It said California is failing when it comes to testing children who are most at risk.

Lead poisoning is known as the silent epidemic. There are typically no symptoms and it can cause irreversible damage to a child's developing brain.

A startling number of kids are slipping through the cracks when it comes to testing, according to statistics released in the report.

While children across all socio-economic groups can be exposed to lead, the state says children on Medi-Cal are considered at highest risk. They typically live in older that could still have lead paint and are more often exposed to imported home goods and food sources.

Health officials say it's critical lead poisoning be caught as soon as possible.

Karee Hopkins, Public Health Nurse Supervisor for San Diego County's Childhood Lead Poisoning Prevention Program  explained, "Lead at lower levels can cause problems with the child's learning, with their development, lower their IQ. At higher levels, lead can lead to problems with the nervous system, seizures, coma and even death."

For this reason, state law mandates that all children enrolled in Medi-Cal be tested at the ages of one and two years old. Of the 2.9 million children in California who should have been tested for lead poisoning, however, 1.4 million were not. The data covers fiscal years 2009-10 through 2017-18, indicating 48% of eligible children were missed.

In San Diego County, more than 180,000 children were not tested, which is a staggering 59 percent of eligible children in the county.

Possible reasons include missed annual well-child visits, health care providers not informing parents the test is required, or parents not following through to get their child's lab work completed.

In the report, the California State Auditor said the Department of Healthcare Services' failure to ensure timely lead testing of children in Medi-Cal has placed them at risk for permanent health problems.

When a child tests positive for elevated lead levels in San Diego, a public health nurse is referred to the family to educate them and determine the source of exposure by using lead check swabs that can be purchased at most home improvement stores.

"A lot of parents don't know that lead poisoning is a problem, that it's out there, that children can have elevated lead levels, so they're scared," Hopkins said, "They're just wondering what they did, what they can do" to improve their child's health.

Hopkins showed us some of the actual items that were poisoning children in local homes, including a tea set and water crock. Imported ceramics are a common culprit, along with mugs, everyday glassware and leaded crystal. Recently recalled items include candy, toys, and furniture sold by Restoration Hardware.

The County of San Diego Department of Environmental Health also helps to determine the source of lead in an affected child's home by using a portable X-ray fluorescence analyzer.

Mark Middlestead, Industrial Hygienist with the Occupational Health Program says he has discovered high levels of lead in paint, dust and soil, but not in water.

The City of San Diego Water Department issued a statement to News 8 for this story, saying it "has no known lead pipes as part of its water system and there is no lead in the drinking water the City produces. Any lead found in the Lead in Testing Schools Program... comes from the plumbing of a school or private property, not the City's water system."

After identifying several schools that tested positive for lead in the water a couple years ago, the San Diego Unified School District is currently working to mitigate the problem. It informed News 8 it is planning to present an updated water remediation plan at the Tuesday, February 25th School Board meeting.

A new California law took effect on January 1st of this year, requiring licensed child care facilities built prior to 2010 to test their water for lead and submit the results to the state.

Lisa Matranga, owner of Imperial Beach Preschool, applauds the law. She says her water is currently being tested at a lab.

"You're cheating a child out of a quality of life if they're suffering from lead poisoning," Matranga said.

After the Flint water crisis five years ago, Matranga installed lead water filters on the water pipe leading into her school, in addition to every drinking fountain and faucet.

"When it comes to water, you don't mess around," Matranga said.

She explained parents are usually worried about their children catching a cold or the flu, not lead poisoning.

"That's a danger most parents don't really concern themselves with because it is silent," Matranga said, so she has taken on the responsibility of educating parents about the risks of lead exposure and the importance of testing.

She says approximately 30% of her students receive public assistance, and should be receiving free testing under state law.

"A lot of them are living in apartment units that are older. They have led paint on the walls. They have old pipes that may need to be replaced," Matranga said.

She believes there needs to be accountability and a coordinated effort for better record-keeping to protect children and keep them safe.

Two state health agencies are now tasked with coming up with solutions to the problem by the end of the year.

If you think your child may have been exposed to lead, health officials suggest you talk to your doctor immediately to get an assessment. For people with private health coverage, you can contact your insurance company to inquire about cost; Lead tests can run as little as $5 to $50, depending on your coverage and which lab you use.

There's also an interactive map where you can see how many children in your area have tested positive for lead.