As California reopens, some businesses struggle to keep up with demand 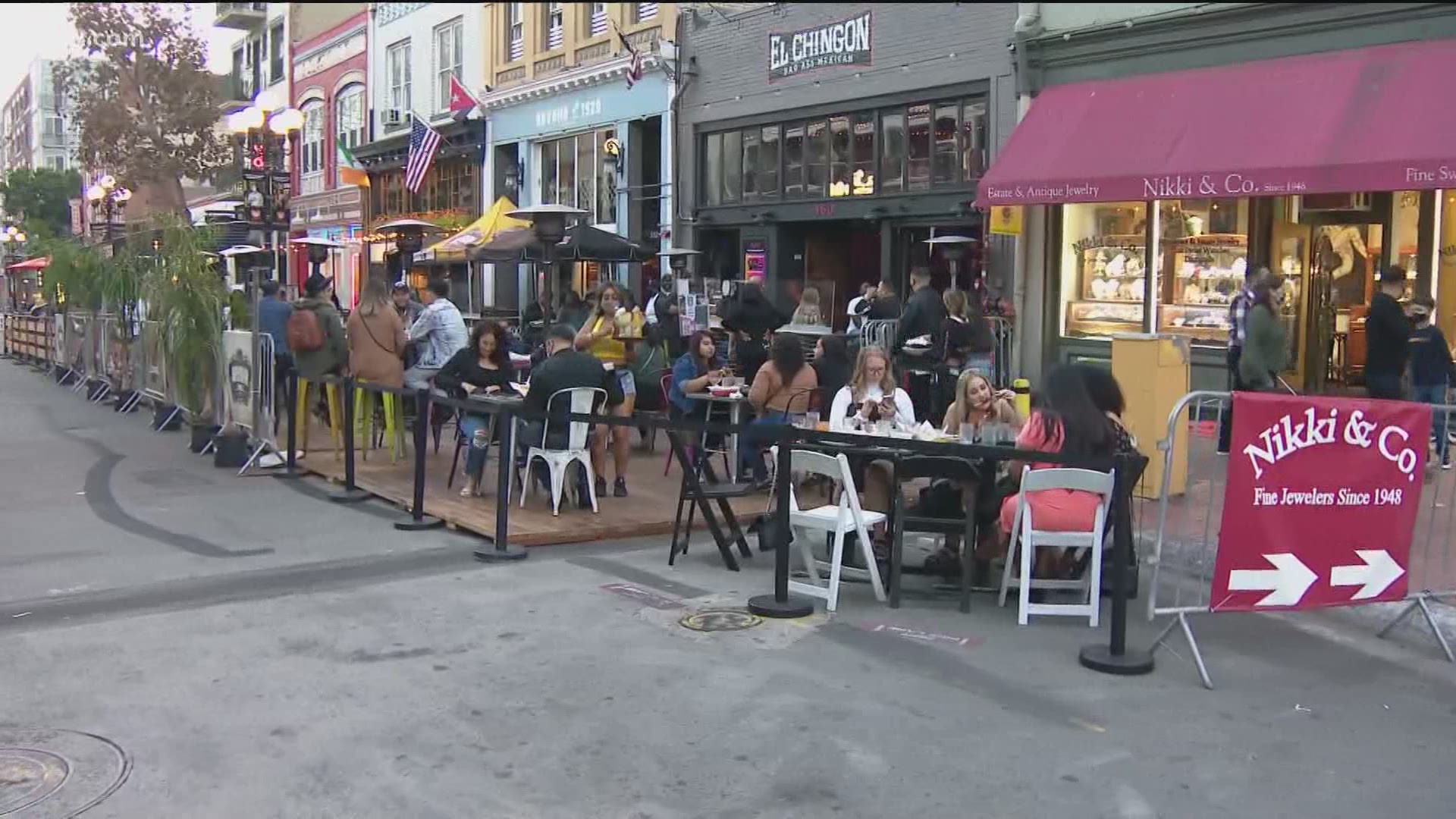 SAN DIEGO COUNTY, Calif. — With California now fully reopen, some industries are struggling to keep up with the increase in demand, especially within the service industry.

That’s because they can’t find workers.

Since opening in 2019, Shawarma Guys, a popular food truck in South Park, has never had an issue attracting customers.

But they are having a problem hiring employees.

Since those efforts haven’t worked, he's trying something new. He posted a message on his Instagram page, offering a $250 referral fee for cooks and cashiers.

The caption says in part, “Like so many other businesses lately, our staffing situation has been stretched thin.”

Both locally and nationwide, others are in the same boat.

The latest numbers from the U.S. Department of Labor show there are 1.34 million restaurant job openings, more than any other industry.

“Every one of our companies will tell you they're having a very difficult time hiring people back,” said Jerry Sanders.

Sanders is San Diego's former mayor and Chief of Police.

He’s now President and CEO of the San Diego Regional Chamber of Commerce.

He says there are several factors preventing people from seeking jobs. Among them, some still fear COVID, and therefore want to continue working from home.

Others can't find or afford childcare. Then there are those making more money by not working.

“People are pretty picky about what they're gonna do now, and with all the support they're getting from the state and the federal government, they've got the luxury of taking their time to figure out what they wanna do," said Sanders. "So we're seeing employers really scramble, especially in the service industry."

The Chamber of Commerce is tracking the issue, making access to affordable childcare a top priority. As for what businesses can do, like Shawarma Guys, incentives help.

In fact, they're becoming more common, from bonuses to raises and extra days off.

"They're gonna have to come up with better benefits which is very difficult for small businesses," said Sanders. "But they also might wanna start hiring high school students who aren't getting relief and are looking for summer jobs or even longer-term jobs."

The problem has become so bad, some restaurants are raising prices or cutting hours.

Instead, he's holding out hope he'll be able to fill up to five positions soon.

“If you're looking for a job, come on down,” Zeto said.