Starting Tuesday, there will be no capacity limits or physical distancing requirements for businesses. Fully vaccinated people can stop wearing masks in most places. 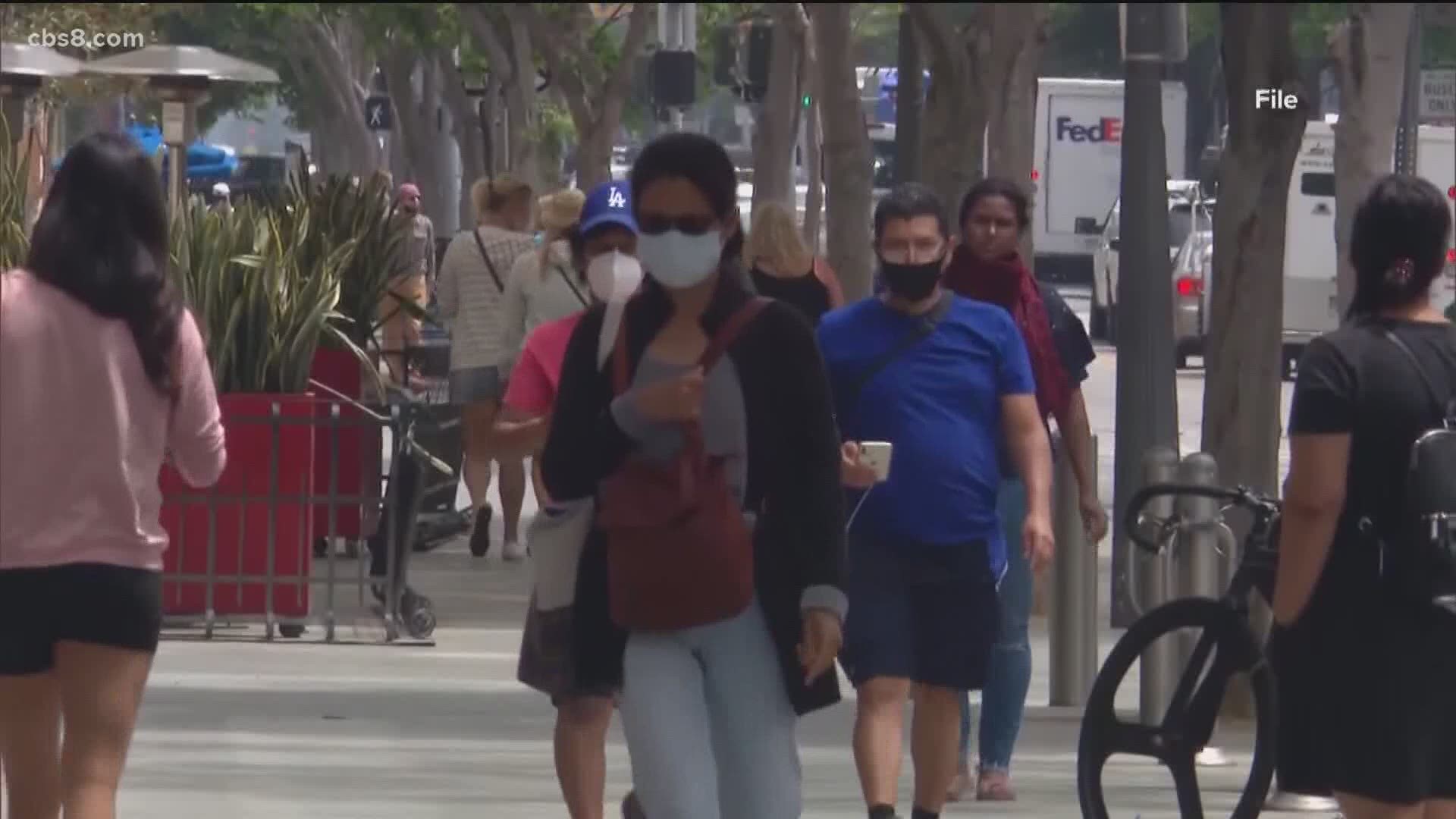 SACRAMENTO, Calif. — California Gov. Gavin Newsom has signed an executive order that will lift most of the state's coronavirus rules, as Cal/OSHA releases revised proposed guidelines Friday afternoon for wearing facial coverings in the workplace, which align more closely with the guidance issued by the CDC.

The order Newsom signed Friday takes effect Tuesday. It will end the state's stay-at-home order and its various amendments.

Starting Tuesday, there will be no capacity limits or physical distancing requirements for businesses. Fully vaccinated people can stop wearing masks in most places.

Newsom said he will not end the statewide declaration of emergency. That ensures the governor has the power to alter or suspend state laws in the future. That has angered Republican lawmakers who say the declaration is unnecessary.

Cal/OSHA released its revised proposed guidelines late Friday afternoon for wearing facial coverings in the workplace, which align more closely with the guidance issued on the federal level by the CDC, as well as the California Department of Public Health on the state level.

There are some exceptions to this mask requirement for unvaccinated employees: when they are alone in a room or vehicle; when they are eating or drinking, provided they are six feet away from other workers; if they have a specific medical or mental condition which precludes them from wearing a facial covering; or if they're performing a specific job function that cannot be completed while wearing a mask.

Employers would also be required to provide unvaccinated employees with facial coverings if they request it.

The Cal/OSHA board is scheduled to vote on these revisions on June 17.

Because of a review process by a separate state agency, even if Cal/OSHA passes the guidelines on June 17, they wouldn't take effect until June 28 at the earliest.

While Newsom has said that that he wants the process to play out, as governor, he does have the authority to take a different tack.

"The governor does have the power under the emergency powers he's been given to override what the safety board does," explained attorney and legal analyst Dan Eaton.

While it is unlikely he would do so, given the abbreviated timetable, many business leaders are still pushing Newsom to use that authority, so that work places would be in alignment with other sectors of the state for the re-opening on the June 15.

Also on Friday, the governor announced that most of the 58 executive orders he signed since March of last year, which helped the state and businesses to continue operating during the pandemic, will be lifted by the end of September.

Earlier on Friday, after announcing more winners in the state’s vaccination lottery, Newsom also warned, while California has reached the milestone of having at least 70% of adults receive at least one dose of the vaccine, proceed with caution:

“As we approach the summer months and people put down their masks literally and figuratively and announcing mission accomplished. We’re not even close to where we need to be as a nation. We aren’t at herd immunity, we’re not even close.”