California Wolf Center in Julian fireproofs their property and structures

The center used a spray, on property and structures that “breaks the free radical chain in the fire which in turn disturbs its ability to burn." 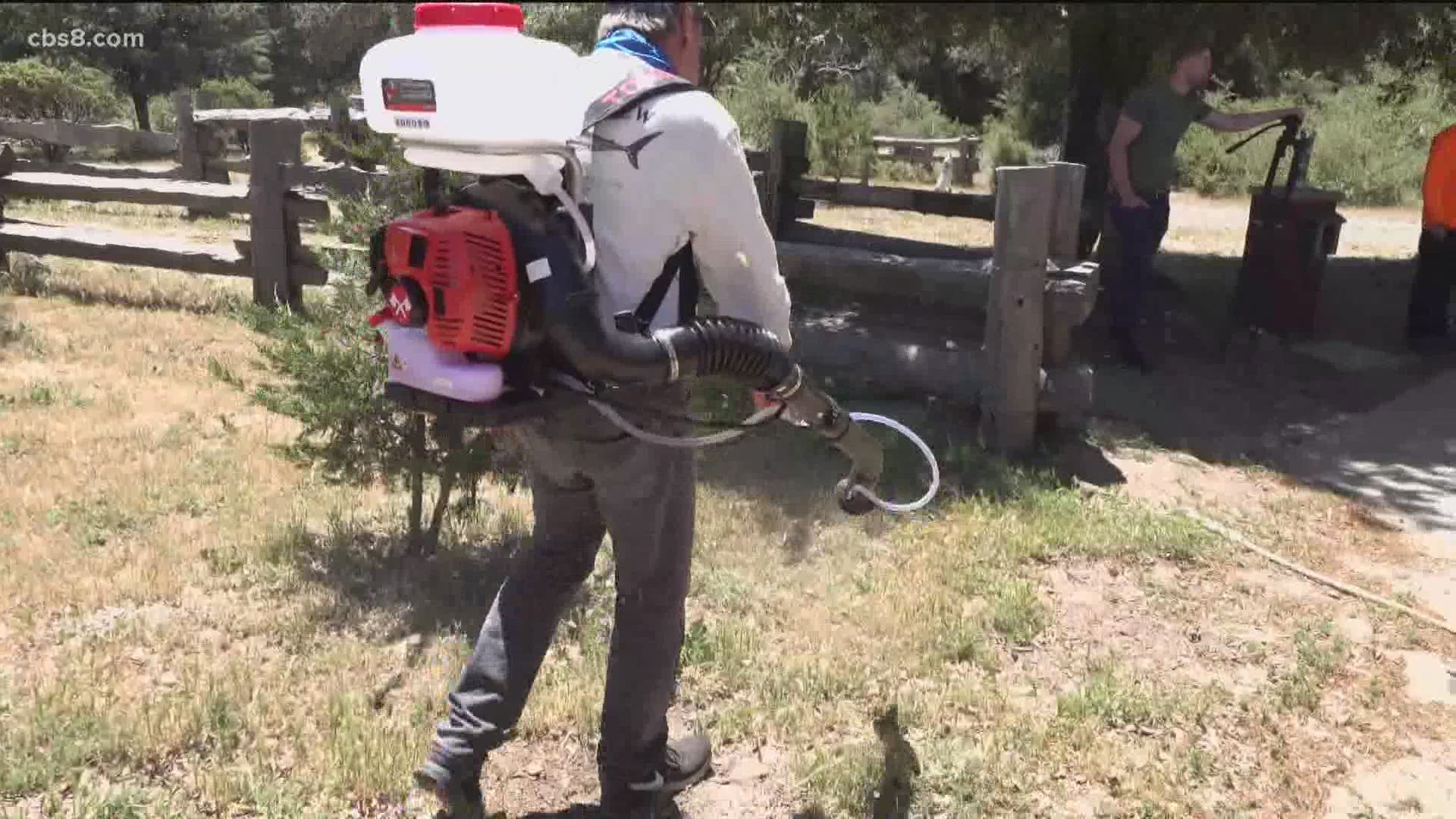 JULIAN, Calif. — The California Wolf Center in Julian is surrounded by grassy mountains and dry brush. In fact, East County is no stranger to wildfires, like the one Shawnie Williams said she narrowly escaped years ago.

Williams is the Board Chair of the California Wolf Center, which is home to about three dozen Mexican Gray and North American gray wolves.

"These animals are caged,” said Steve Conboy, the President and CEO of the Mighty Fire Breakers. “They could outrun a fire in nature, but not caged, so we have to do what we can to keep them safe.”

When there are high winds the last thing you want are flying embers near dry vegetation.

That sparked an idea for Steve Conboy, the President and CEO of the Mighty Fire Breakers. He sprayed the property's structures and enclosures with a fire inhibitor.

"The chemistry breaks the free radical chain in the fire and anything you disturb in the fire’s triangle is going to eliminate the fire’s ability to invade,” said Conboy.

It’s unique in that you spray this defensive inhibitor long before a fire. While you can’t 100 percent prevent the threat of fires, Conboy said his product is a step in the right direction.

"You don’t have to live in the anxiety and move out of California because we live in such wildfire territory if you become proactive,” said Conboy.

Maybe it could save a life.

“It would save wolves, save people that were here,” said Williams. “You can’t put a – put a - value or words to that. It’s beyond what I could ever describe.”

Williams said that the Mighty Fire Breakers volunteered their time on Saturday to spray the inhibitor, free of charge.

The Wolf Center is now raising money to finish fireproofing the property.

RELATED: Brush fire near Lakeside burns 30 acres off I-8 freeway