Two weeks ago, Ken Vogel targeted this Sunday as the day his cherries would be ready to pick. Now, he's hoping the coming rain doesn't destroy his crop. 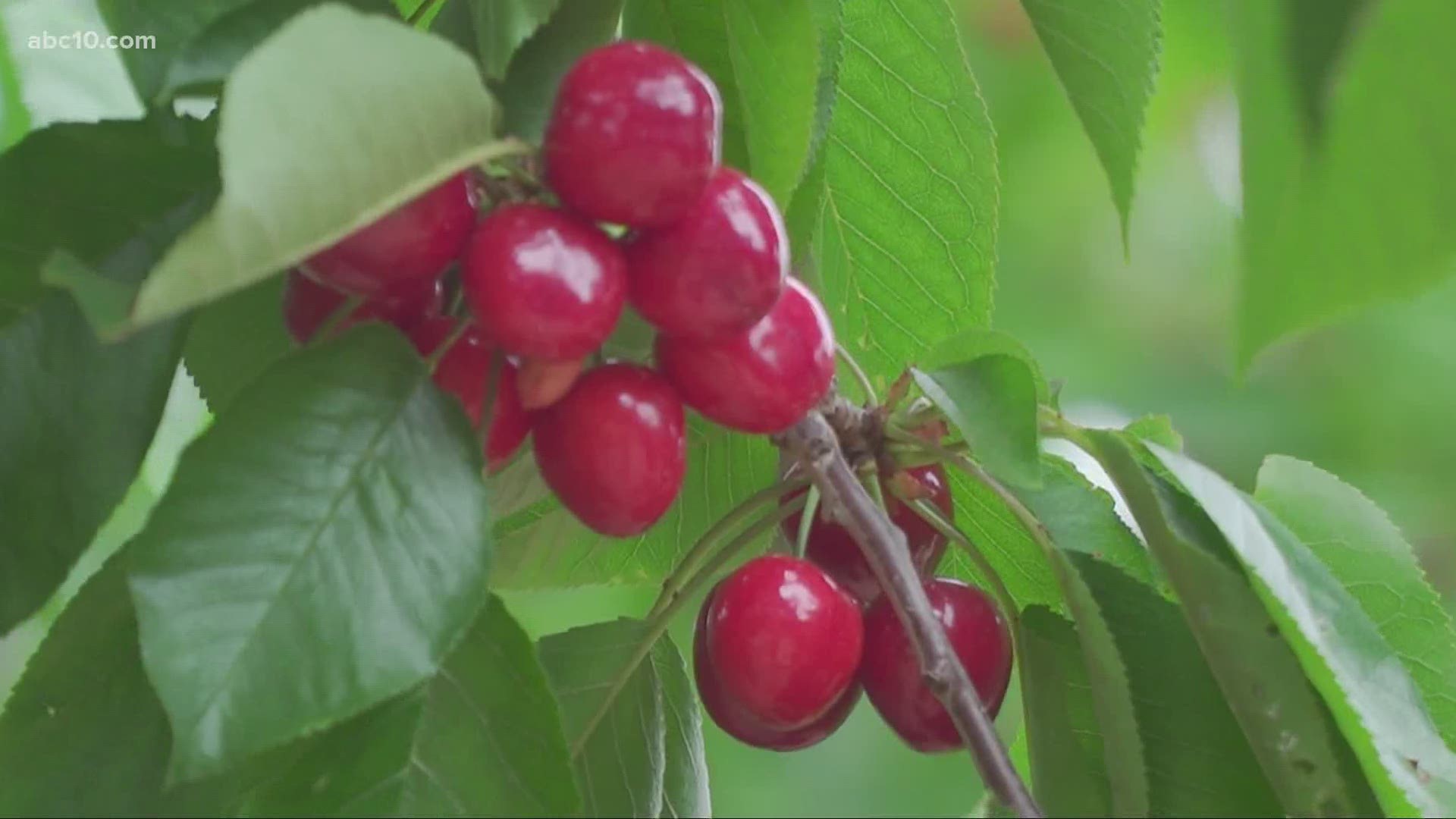 LINDEN, Calif. — On his 10 acres of cherries near Linden, Ken Vogel is hoping Mother Nature will hold off raining on his harvest parade.

This weekend, series of cold, wet storms will bring much-needed rain and snow to drought regions in Northern and Central California. But that rain isn't great for every one.

Rain is a cherry's worst enemy. Any damage and they are unmarketable.

When the rains came a year ago, more than half of the area's cherries were ruined.

"If the water accumulates on a cherry, it will absorb into the cherry," Vogel explained. "If you get bright sunshine after it then it could pop it."

Vogel grows two varieties of cherries: the Corals and the Bings.

Unlike last year, he's harvested the corals, but his Bings are still on the trees.

He says the cherry crop's survival all depends on the forecast.

"It looks like a quick storm at least," Blodgett said. "It's just how far south it gets to us. You can lose your entire crop for the year."

Coincidentally, two weeks ago, Vogel targeted this Sunday as the day his cherries would be ready to pick.

He just hopes he still can without any rain.

So far, he says this year's crop "looks good."

Otherwise, for the second year in a row, he may have to abandon his crop altogether.

"We deal with what we got," Vogel said. "We have to be optimistic."