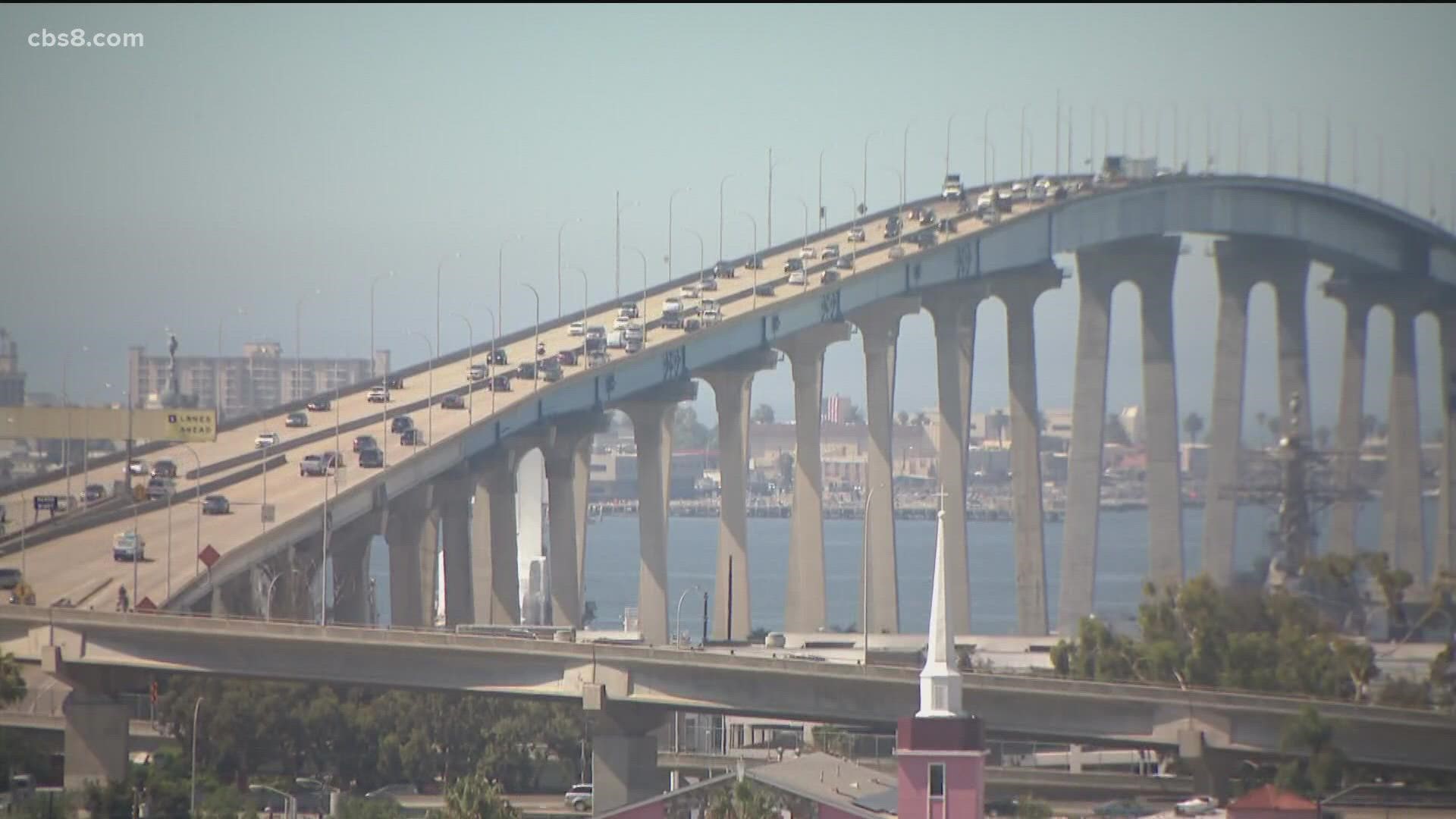 SACRAMENTO, Calif. — This story was originally published by CalMatters.

Newsom also authorized California’s water regulators to ban wasteful water use, such as spraying down public sidewalks, and directed his Office of Emergency Services to fund drinking water as needed. But he stopped short of issuing any statewide conservation mandates.

“As the western U.S. faces a potential third year of drought, it’s critical that Californians across the state redouble our efforts to save water in every way possible,” Newsom said in a statement.

The emergency declarations are aimed at easing responses to the deepening drought — such as emergency bottled water purchases or construction to bolster water supplies — by reducing environmental and other regulations. Under the proclamation, local water suppliers must begin preparing for the possibility of a dry year ahead.

“We think we’ll be able to manage through this year,” said David Pettijohn, director of water resources at the Los Angeles Department of Water and Power. “Next year is the issue. And we don’t know what the water year is going to look like. Nobody can predict the weather.”

But California’s water watchers say that without a conservation mandate, California is losing time, and water. “We know mandates are more effective than voluntary calls,” said Heather Cooley, director of research at the Pacific Institute, a global water think tank. “It takes time to ramp up, and because of the delay in asking Californians to save water this spring, we are further behind than we should be.”

New data released today by the State Water Resources Control Board reveals that Californians cut their water use at home by 5% in August compared to August 2020, an improvement over the reductions of less than 2% in July but still far short of the voluntary 15% cuts Newsom urged in July.

The hard-hit North Coast, where the state’s first drought emergencies were declared in April, continued to show the biggest drops in household water use — with an 18.3% decrease compared to August of last year. Conservation numbers tapered off moving south, with the San Francisco Bay Area conserving nearly 10% more water than last August.

The South Coast region — which includes Los Angeles, Orange, San Diego and Ventura counties — showed an improvement over July, when water use was roughly even with last year. In August, residents used about 3.1% less water than they did in August 2020.

“Those numbers are a little bit misleading, frankly,” said Pettijohn, pointing to existing conservation measures including mandatory outdoor watering restrictions. “Looking at one month, in one year, compared to the same exact month in the current year, it’s really not a true measure of what the efforts in the city have been.”

The current reductions in water use are on top of conservation that has continued since the last drought. In 2020, Californians were already using about 16% less water in their homes and businesses statewide compared to 2013, according to water board data analyst Marielle Pinheiro.

This August was both the hottest and driest on record, according to the governor’s office. And the increased conservation, even during an exceptionally dry month, “is especially significant,” Pinheiro said at the water board meeting today.

“Once you’ve learned to save water, why turn the water on when you’re brushing your teeth?” said former water board chairperson Felicia Marcus, who led the response during the last drought under former Gov. Jerry Brown. “The glass half full view of that is that messaging is starting to take hold.”

“We really need to reduce per capita water use significantly in some areas of the state,” she said. “If this drought lingers longer and we end up having a few more dry years we are going to have a lot more communities experiencing water scarcity and water access issues.”

An unknown water year ahead

The state just closed out its second-driest water year on record, with nearly 88% of California now in the clutches of extreme drought, or worse. By the end of September, statewide reservoir storage had hit 60% of average, with Lake Oroville setting a new record low.

“It’s amazing that in the second dry year, we’re in as scary a position if not scarier than what we faced in that last drought. It’s almost beyond comprehension,” Marcus said. “It’s a stunning challenge.”

State officials have warned water providers south of the Delta relying on state water allocations that they might be cut off completely next year.

“We’re starting with record low (reservoir) storage,” Karla Nemeth, director of the state Department of Water Resources, said last month. “We would have to have north of 140% of (average) precipitation to generate average runoff into the reservoirs that would begin filling that hole.”

But some experts say that number is likely an underestimate.

Now, California is on the cusp of its rainy season, when it receives almost all of its yearly precipitation.

A series of storms are expected to reach Northern California this week, with another that could unleash some rain over Southern California as soon as this weekend, according to Chad Hecht, a meteorology staff researcher with the Center for Western Weather and Water Extremes at the Scripps Institution of Oceanography.

Precipitation forecasts range from eight inches in the Sierras over the next seven days, to less than half an inch in Southern California, said Julie Kalansky, the center’s deputy director.

While the rain is highly unlikely to substantially refill empty reservoirs, it could help prepare thirsty soils for more rains to come.

For these storms, “the runoff from them may not be very high, but they’ll help moisten the soils. So if we get more, hopefully you get more runoff that can go into reservoirs or streams and ecosystems,” Kalansky said.

But the water year ahead remains murky: Cooler than average temperatures in the tropical Pacific herald the arrival of La Niña conditions, which the National Weather Service’s Climate Prediction Center reports have an 87% chance of continuing between December and February.

La Niña can stir up storm tracks, changing how much precipitation falls on California. But the results vary — especially for Northern California — making it difficult to predict what this means for rain and snowfall in the northern two-thirds of the state, Kalansky said.

For Southern California, on the other hand, La Niña tends to foretell a drier year. “It doesn’t mean that we’re necessarily going to have a really dry year, but we typically don’t get really wet years when it’s a La Niña,” she said.

Overall, Kalansky said, “it’s still yet to be decided on whether or not this year is going to be wet or dry and what this means for drought. We just don’t have those answers yet.”

Why you should get your flu shot before Oct. 31