Foster Farms shut down California facility over COVID-19. So why doesn’t it look closed?

About 1,400 Foster Farm employees were sent home with pay on Sept. 7. However, the complex employs more than 3,000 and the other facilities will continue to run. 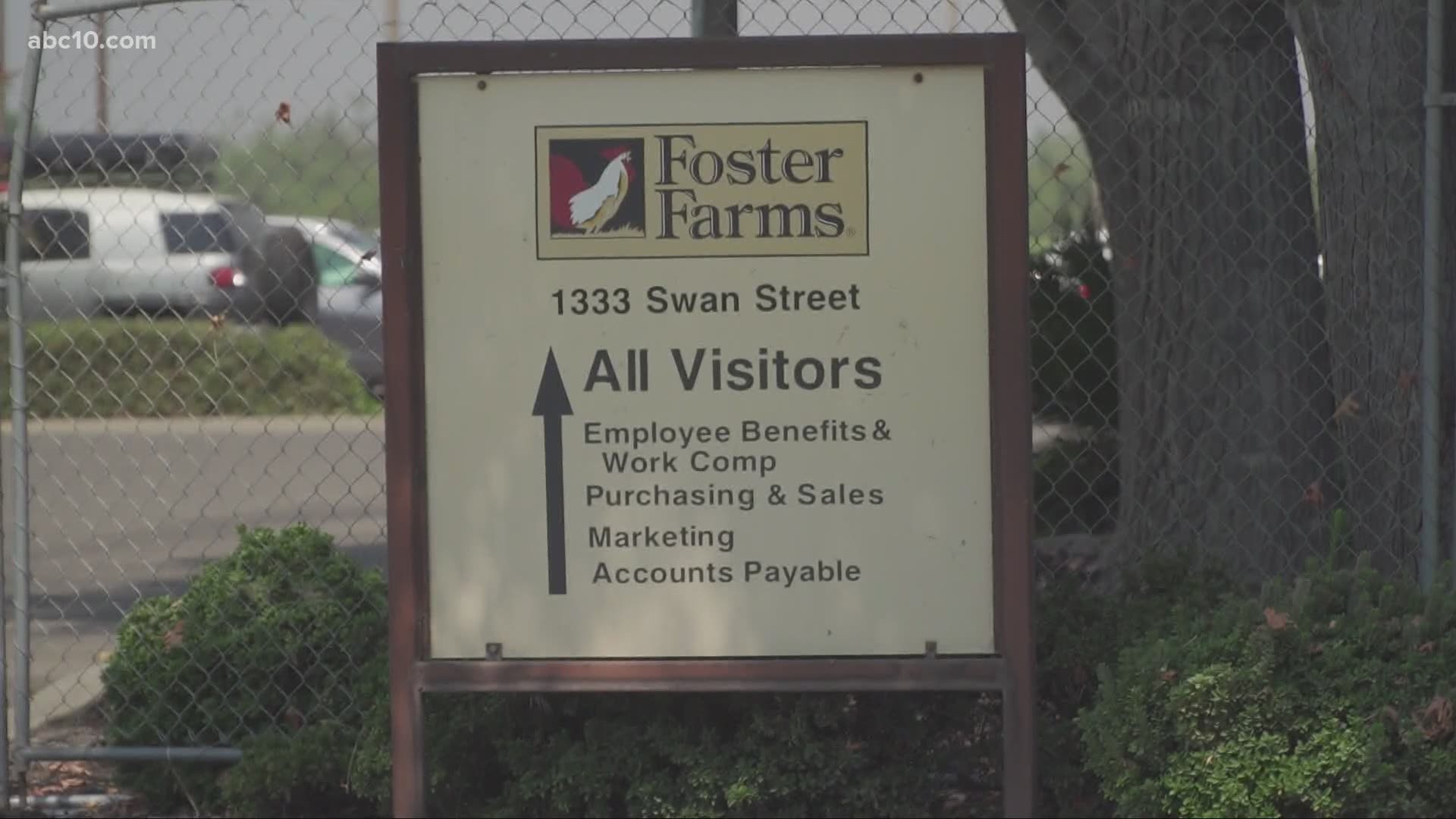 SACRAMENTO, Calif — Foster Farms shut down its main chicken processing facility in Livingston on Tuesday evening amid a coronavirus outbreak that health officials say has claimed the lives of at least eight workers.

About 1,400 employees were sent home with pay until at least Monday, Sept. 7, according to a statement by the company. They will be tested twice during the shutdown. However, the complex employs around 3,700 people, and the other facilities will continue to run this week.

“It is important to recognize that the Merced Public Health Order permits the continued operation of these other facilities,” Heidi White, senior vice president of Fineman PR, told The Bee.

The other facilities will also undergo two rounds of testing, Foster Farms said in a statement.

“In totality, all full time employees, part time employees, inclusive of cleaning crews, will have been tested and cleared for return to work as of September 7. Foster Farms will continue to regularly test its Livingston Poultry Complex to ensure that the prevalence of COVID-19 remains mitigated,” the statement reads.

Bill Mattos, president of the California Poultry Federation, who toured the plant last week with the state treasurer, said the other buildings that will remain open include the packaging facility, the administration building, and storage, where packages are sent before loading them onto trucks.

Mattos said the plant supplies between 50 and 60% of the chicken in California. So when news first surfaced of a shutdown, his phone started ringing “off the hook,” he said. But consumers shouldn’t worry about the supply chain, Mattos assured, because of the closure’s short time span.

“I don’t know that you’ll see a lot of disruption unless something doesn’t work this week, and they have to reopen later,” he said.

They agreed, however, with the Merced County Health Hepartment “that additional testing is required.”

In the initial shutdown order, health department officials said they attempted to curb the Livingston outbreak several times to no avail. According to the letter, the county issued several testing directives, backed by the state health department, that went unmet.

In late July, the facility had tested less than 10% of the employees in the department hardest hit by the virus — fewer than 100 employees total. Over a quarter of those employees tested positive. But Foster Farms took another three weeks before testing more department employees, county officials have said in statements to the company.

At least 392 employees have tested positive for COVID-19 at the plant, and at least eight workers have died in Merced County.

United Farm Workers on Monday raised the specter of a boycott of Foster Farms among workers and activists if their demands were not met.

The farmworker union represents about 2,000 Foster Farms Livingston employees. They have been in ongoing labor contract negotiations with Foster Farms since Sept. 2019, according to Foster Farms.

Among their demands, the union has asked Foster Farms to shut down its entire Livingston facility; test all workers and produce public results on an ongoing basis; provide paid leave while the plant is closed and quarantine pay to those sick with the virus, and provide hazard pay and free masks and face shields.

The union also demanded the company sign a contract with them that includes a health and safety committee to protect all workers.

In their response, Foster Farms said they did not believe “that misinformation that is the product of a labor dispute should be allowed to detract from our current COVID-19 protection efforts, and we remain open to entering into productive discussions with the union.”

In response to a request to clarify what was meant by misinformation, White, from Foster Farms, referred us to “the full list of COVID-19 protections for employees that Foster Farms has had in place at Livingston and companywide since March.”

According to the company, they have followed CDC guidelines since March. They have provided company-purchased masks and face shields, social distancing measures, work station dividers, temperature monitoring, and comprehensive testing, and a deep cleaning program.

Manuela Tobias is a reporter with The Fresno Bee. This article is part of The California Divide, a collaboration among newsrooms examining income inequity and economic survival in California.