GOP congressional hopefuls plan to remind voters that Democrats are in charge of California and that life in California kinda sucks in the state at the moment. 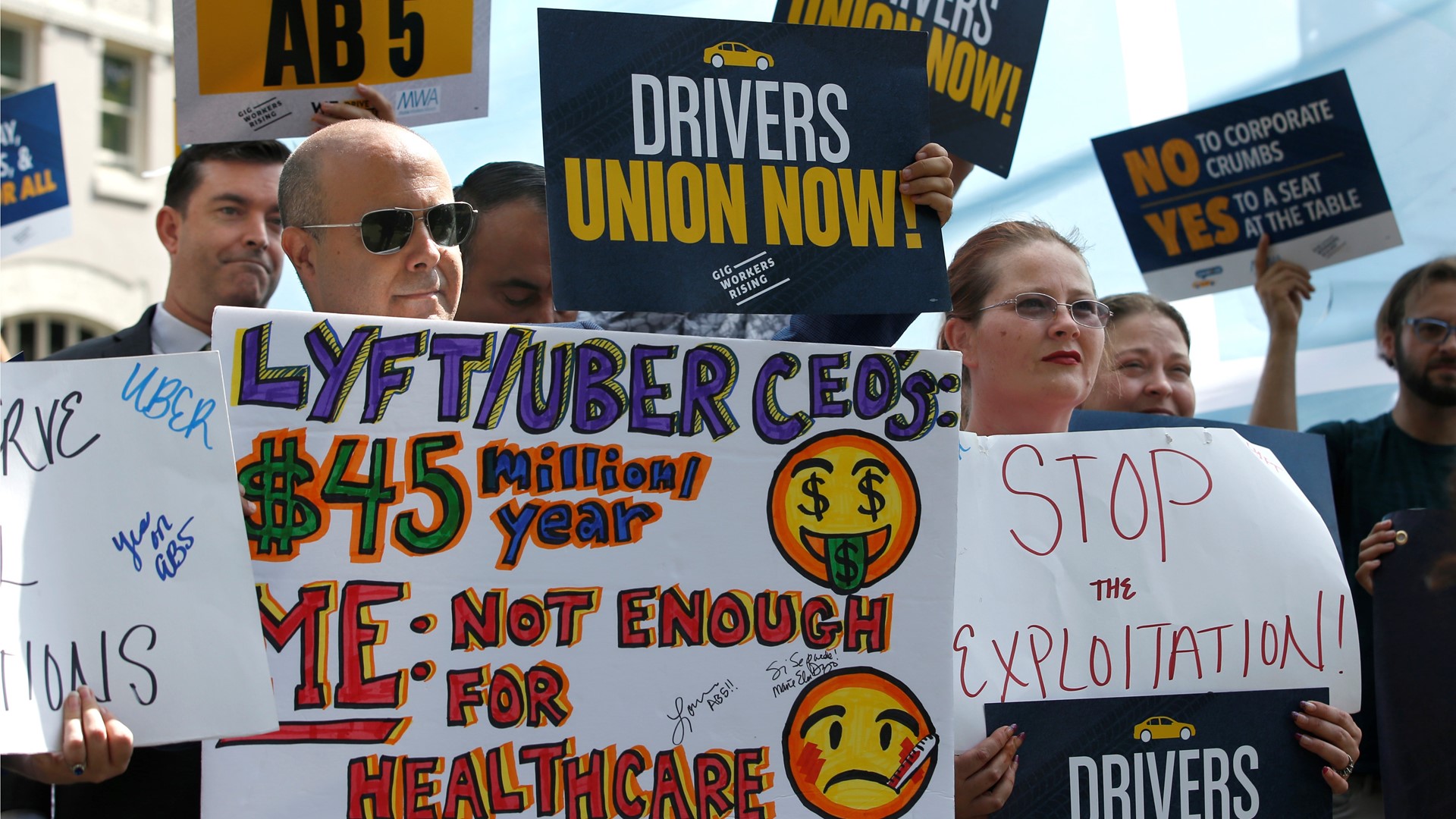 SACRAMENTO, Calif — As Election Day nears, GOP congressional hopefuls in California swing districts are zeroing in on a particular strategy:

Running for Washington by running against Sacramento.

That means reminding voters that Democrats are in charge of California, and that life in California kinda sucks at the moment. Cue the attack ads featuring tent encampments, raging wildfires, smashed storefronts — and a state law making it harder to classify “gig economy workers” as independent contractors.

If you spend any time on California election Twitter (if so, condolences), you’ll know that last one as #AB5.

The union-backed legislation was aimed at gig-economy titans like Uber and Lyft, who are now gunning for an exemption via Prop. 22 on the 2020 ballot. But other, less tech-heavy gig work has gotten swept up by the law too.

Exhibit A: Simi Valley GOP Rep. Mike Garcia is fending off a challenge from Democratic Assemblymember Christy Smith. In a recent press release, his campaign described the bill as “Christy Smith’s signature legislation.”

In the Assembly, Smith did vote for the bill. But she wasn’t its lead author, or even a co-author. “Signature legislation” is a bit much.

“Rouda’s AB5”? A reminder that the bill was passed by the state Legislature in Sacramento and Rouda is a member of Congress, which is in Washington D.C.

The congressman told the AP earlier this week: “Either my opponent needs a civics lesson or doesn’t understand which office she is running for.”

The Steel campaign’s rejoinder: Rouda did vote for a House bill that would mirror the main provisions of California’s gig worker law, nationwide.

Regardless, blaming opponents for things beyond their control isn’t new: Presidents claim the credit and receive the blame for every economic gyration — which is rarely warranted either way.

Nor is the transformation of a state law into a federal election issue a new strategy for California GOP-dom.

In the lead-up to the 2018 midterm election, San Diego Republican Party chairman Tony Krvaric offered this mantra to GOP candidates: “When you run for office, you should come out…with ‘repeal the gas tax’ and ‘oppose the sanctuary state.’”

Come November, the results were not encouraging. The GOP lost five seats in the Assembly, three in the Senate and seven (fully half) of its California congressional districts.

So was focusing on the gas tax a bust?

A few months before the 2018 Blue Wave, Newman was booted from his Orange County state Senate seat in a recall election. His crime: voting to raise the state gas tax.

But if Republicans are returning to the 2018 playbook in 2020, California Democrats have a tried-and-true strategy of their own.

Exhibit C: Newman is campaigning to reclaim his old Senate seat, now held by Ling Ling Chang. She’s one of the Senate’s more moderate Republicans and its only Asian American woman. His new ad labels her “Just Like Trump.”

Ignore that thin black line separating Chang from the Republican president — who happens to be resoundingly unpopular in her district — and it looks like they are smiling at one another and shaking hands.

Chang’s political consultant, Jim Nygren: “Senator Chang has never met or shaken hands with President Trump…It’s not quite Photoshop, but I think you could use the phrase ‘exceedingly deceptive.’”