"Instead of sitting down, I should have stood up and walked back, got in my car and drove back to my house," Newsom said in his apology. 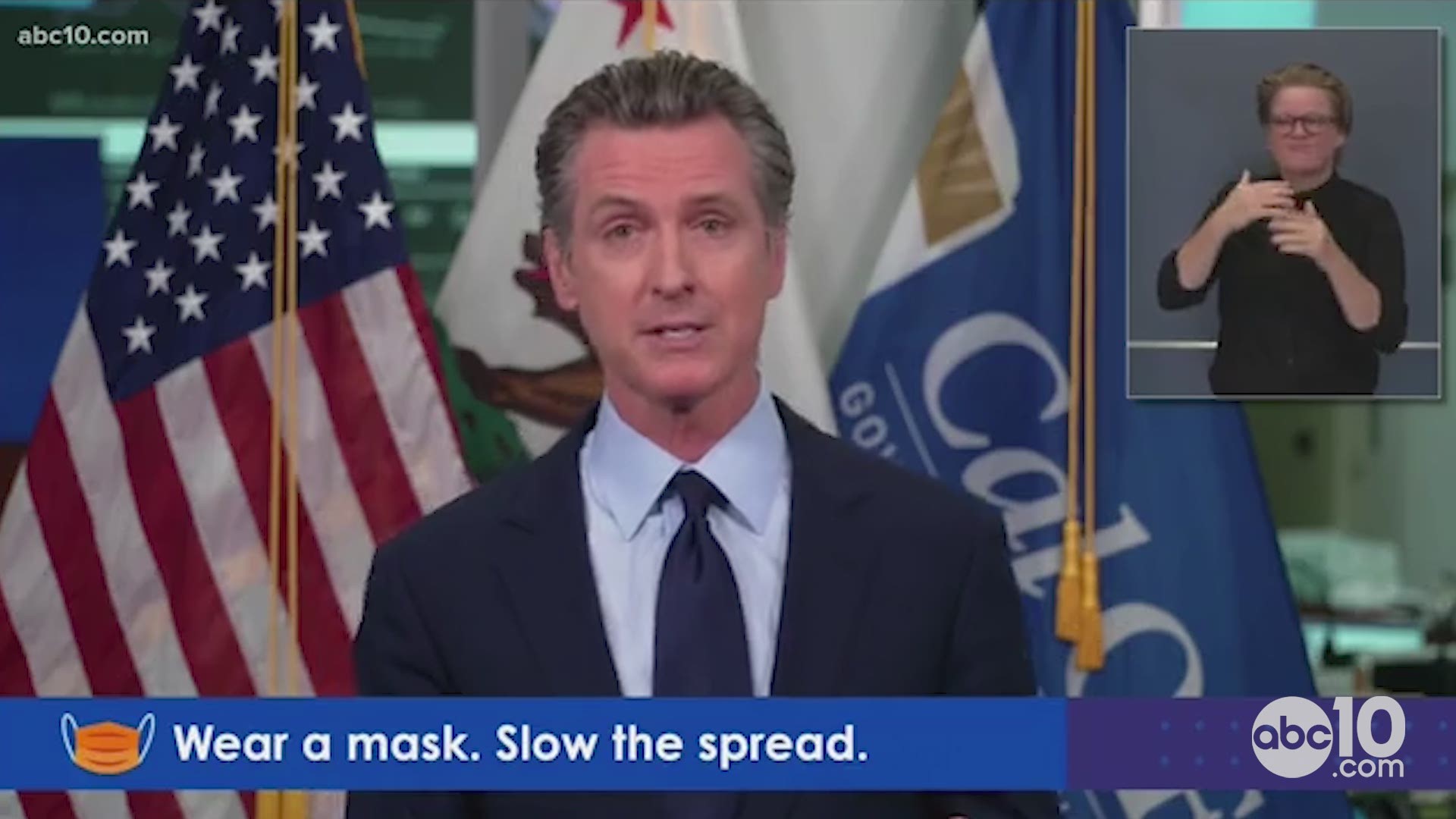 SACRAMENTO, Calif — California Gov. Gavin Newsom on Monday apologized for what he called “a bad mistake” in attending a birthday party that broke the very rules that he has been preaching to slow the spread of the coronavirus.

The birthday party was held for one of the governor's longtime friends and political advisor Jason Kinney. At least 12 people including the governor and his wife attended, according to a report from the San Francisco Chronicle.

Newsom has suffered severe political backlash since the story broke Friday. California's governor says he recognizes that he must practice what he preaches and set a proper example. He says there were more guests than he expected celebrating the 50th birthday of a longtime political adviser.

"Instead of sitting down, I should have stood up and walked back, got in my car and drove back to my house," Newsom said. "Instead, I chose to sit there with my wife and a number of other couples that were outside the household. You can quibble about the guidelines...but the spirit of what I'm preaching all the time was contradictory and I gotta own that.

"So I want to apologize to you because I need to preach and practice, not just preach and not practice. And I've done my best to do that. We're all human."

According to the San Francisco Chronicle, the birthday dinner took place outside at the famed French Laundry in Yountville on Friday, Nov. 6. Three days later, Newsom pointed to private gatherings as the reason for the increase of new cases in California.