Can $5 billion save state and county fairs? A California congressman wants to find out

Some fairs have lost most of their revenue due to the coronavirus. Without help, some aren't too sure that they will make it to 2021. 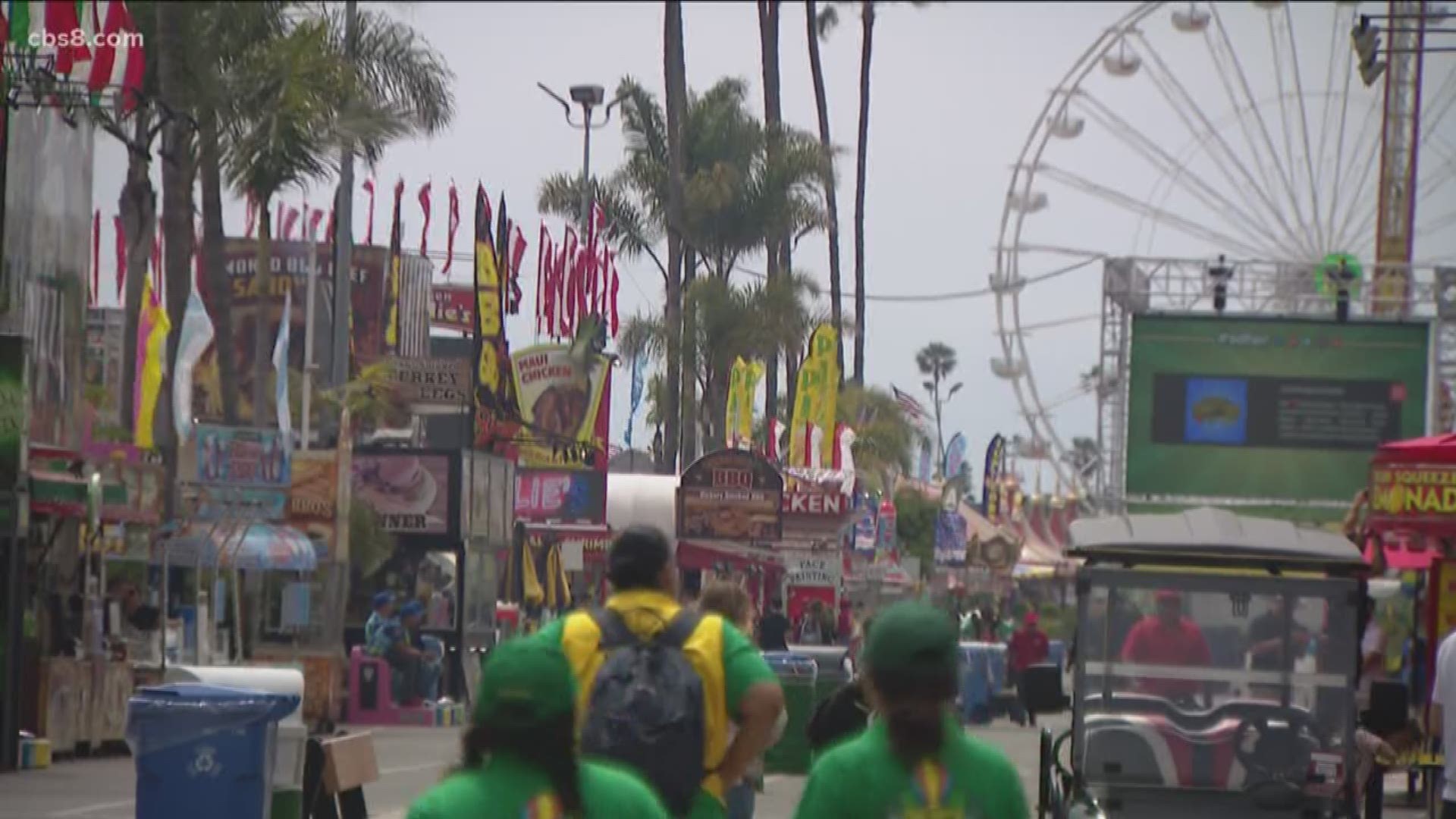 CALIFORNIA, USA — The fair industry is the business of mass gatherings, and during the coronavirus pandemic, business couldn't be worse.

“Not having an event since March and also the cancellation of the California State Fair has impacted our revenue by a loss of 81% of our current revenue,” Margaret Mohr, Deputy General Manager for the California Exposition and State Fair, said. “The state fair itself is impacted because it’s $16 million of our $27 million revenue budget.”

In any other year, there would be 600,000 to 700,000 people attending the fair for concerts, food, and vendors during its 17-day run. There would also be jobs staffed by 120 seasonal employees and more than 90 vendors and small businesses vying for big sales. However, with the coronavirus' impact on 2020, the state fair found themselves laying off 120 seasonal employees in April, and, after exhausting their reserves, they've started staff reduction for full-time employees.

The last event held at Cal Expo, home of the California State Fair, was an RV show that was immediately impacted by the shutdowns.

Even after some business sectors reopened in California, coronavirus case surges caused a backtrack on reopening plans.

“We aren’t able at this point to even plan that far ahead, even, you know, three months ahead,” Mohr said, referencing that some events are planned out at the fairgrounds nine to twelve months in advance.

Congressman Josh Harder (D-10) caught wind of the struggles from agricultural communities and fair leaders in his district.

“Once I started talking to some of the fair officials, not just about what they’re going to be doing this year, I realized how deep the need was,” Harder said. “County fairs are really integral to our communities and to our local economies. They are as American as apple pie, and yet, they’re in real trouble."

In response, he introduced the Protecting Fairs During Coronavirus Act, which would dedicate $5 billion to save the county and state fairs across the country. The bill would create a $5 billion emergency fund that will support county and state fairs and ensure that they could reopen in 2021. States would apply for aid from the United States Department of Agriculture and distribute funds to their local fairs.

“In a world where there are no fairs anywhere in America ever again, that is going to have a huge toll,” Harder said. “And that economic impact is going to be concentrated in rural communities, like the one that I represent in the Central Valley.”

Matt Cranford, CEO of the Stanislaus County Fair, said the fairgrounds in Turlock will be out 65% to 75% of their $1.3 million budget due to the cancellation of this year's fair. Over at the San Joaquin County Fair, then-CEO Jeff Wagner said they expected a loss of at least $500,000 due to its fair cancellation.

At the Dixon May Fair in Solano County, CEO Patricia Conklin said canceling would cost them roughly $857,000, based off 2019’s budget. The last event at Conklin’s fairgrounds was a dog show in early March. When the shutdowns started to ease, she originally saw a bit of light on the horizon and potential for smaller events to happen, until the reopening was rolled back.

She’s hopeful that smaller events might be able to happen later in the year, but planning is largely in the wind. She said the original belief was that all the coronavirus issues would be gone by June.

The fair industry as a whole has resigned to the notion that large-scale events won’t happen in 2020.

“If we don’t do something, that closure isn’t just going to be for one year. It’s going to be permanent,” Harder said.

The closure would impact nonprofits that make their revenue at the fair, the ecosystem of vendors and performers, and the opportunities of students who invested thousands of dollars into animal projects with 4H and Future Farmers of America. Closures could also impact fairgrounds that are used in emergencies and that are called upon by state or local agencies as shelters or staging grounds for wildfires or floods.

RELATED: California's farming students might be out hundreds to thousands of dollars with canceled fairs

Instead of hosting 80,000 people a day for what should be the state fair, the coronavirus has Cal Expo serving as a coronavirus testing site and a home for 64 FEMA trailers to house cases among the homeless.

“We serve a bigger purpose than just entertaining the community,” Conklin said.

Without help, fair advocates believe some fairs won't make it to 2021. For Conklin, the Protecting Fairs During Coronavirus Act is a welcome sight. While the bill says that the state would be at the head of distributing money, Conklin noted that $600,000 would be a large help in making sure the fair sees things through to the end of 2020.

Harder hopes the bill can make it into the second stimulus package that is being discussed in Congress. For now, he's hopeful that the bill will find the support it needs.

“Every county in the country has [a fair]," Harder said. "It’s hard to find something that is as diffuse as the county fair and as all American.”

WATCH ALSO: What is the future of the Stanislaus County Fair? | Q&A with Matt Cranford