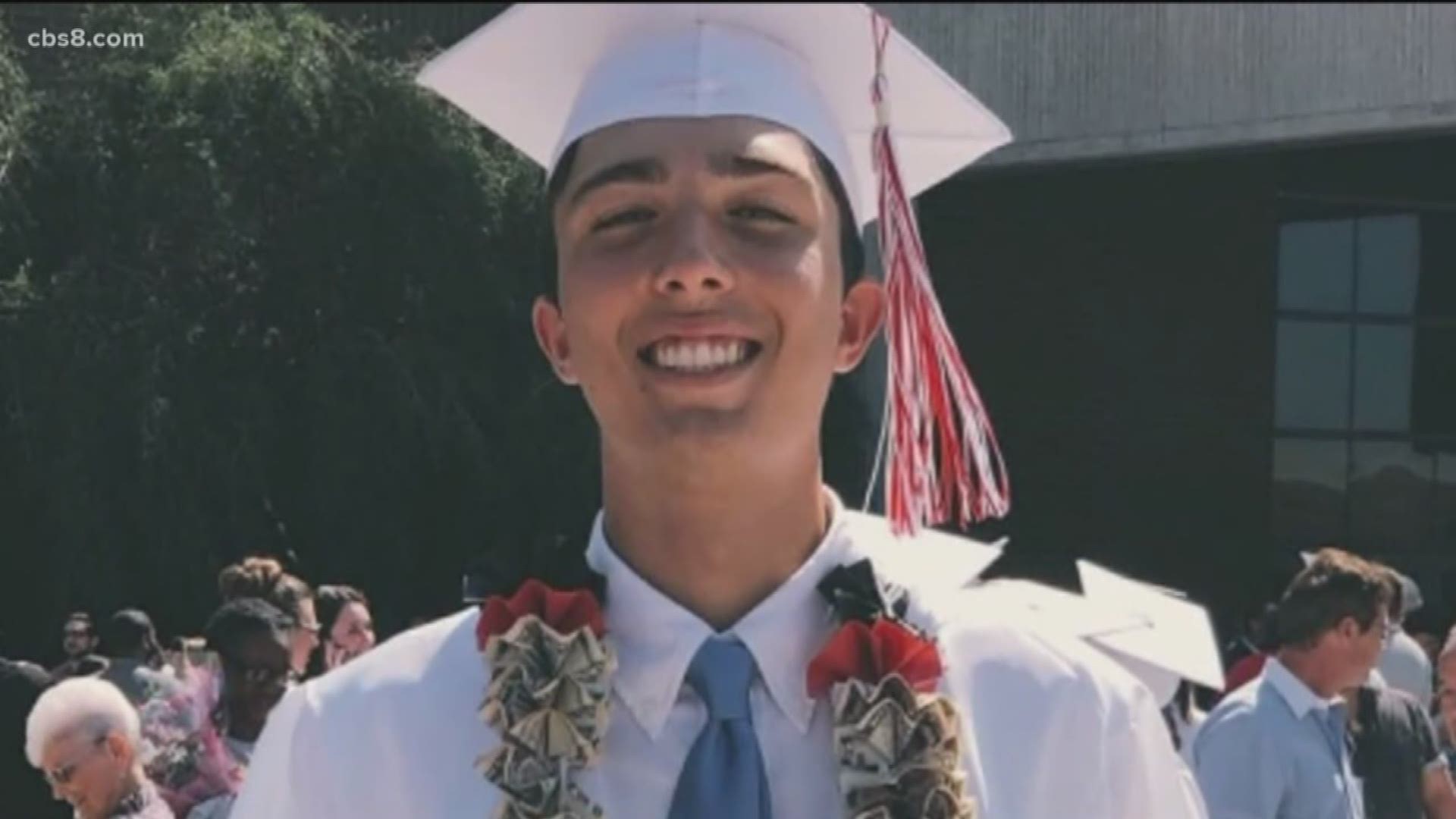 Hernandez died Sunday - but was pronounced brain dead Friday, according to the Medical Examiner's office - after attending a frat party Wednesday at Phi Gamma Delta known as “Fiji.”

Bob Ottilie is an attorney who is the chair on the House Corporation for Sigma Chi House at Stanford, which has been recognized as having the best risk management and its ban on alcohol.

“The UC system and the university system in the state of California, CSU, need to ban alcohol, not just in all fraternities but all residences,” said Ottilie.

USA Today reports that every year for the past two decades, one man has died connected to fraternity hazing. San Diego State University students said Hernandez was pledging.

“Every kid in a sorority is relatively safe because sororities do not allow alcohol in any house at any college or university,” said Ottilie.

The North American Interfraternity Conference, which “Fiji” is a member, banned hard alcohol in its houses. It released the following statement:

"The NIC has been in contact with university officials, and we are offering support and resources to the community and monitoring the investigation."

According to the medical examiner, it was a roommate who found Hernandez without a pulse.

Several students said the Jacksonville, Florida, native had been drinking heavily the night before at Phi Gamma Delta.

Before Dylan Hernandez’s death, SDSU had a total of ten fraternities on suspension or under investigation.

A GoFundMe page was set up by a friend of Hernandez to raise money for a memorial.