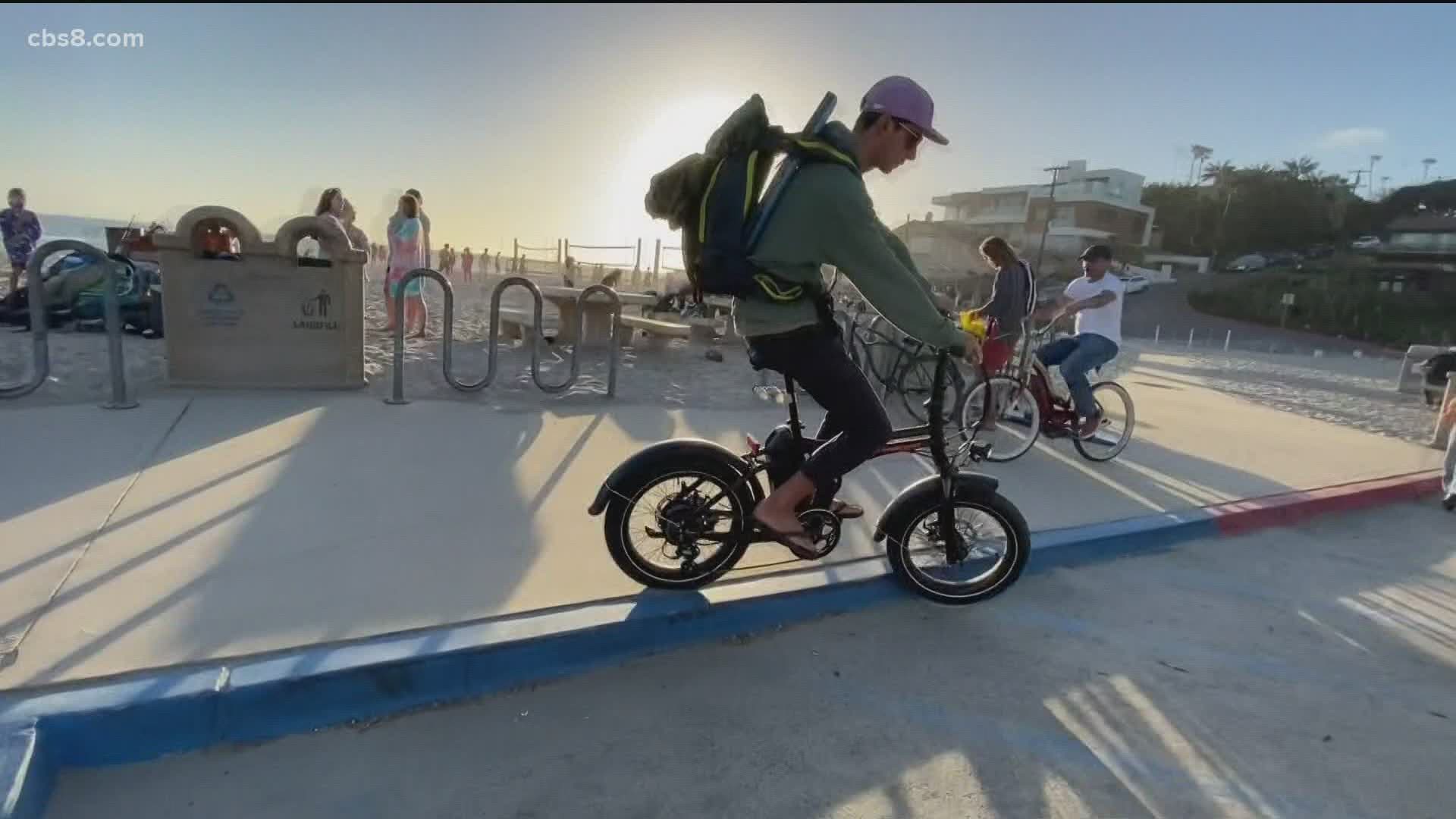 ENCINITAS, Calif. — A recent petition to ban electric bikes or E-bikes from Moonlight Beach has circulated around social media sites and was met with mixed reactions. On the site Nextdoor, neighbors complained about teenagers riding recklessly but others defended the E-bike riders and said they just need to learn the rules of the road. Some said they help the environment and should be welcomed by the community.

The biggest complaints have been regarding the 12- to 15-year-olds. News 8 talked to some high schoolers who said they see the disregard for traffic laws by E-bikers all of the time.

“It’s annoying because they ride in the street and they don’t look they just think they’re not going to get hurt," said local high schoolers.

Concerns of safety are the issue insurance agent, Mary Eblen brought up. She has seen riders with passengers on bikes and the person's parents might not be covered if something happens.

"What this means is if someone is riding on the back of an E-bike and that person falls, then they're not covered because it's considered negligent supervision," said Eblen.

There are different types of E-bikes. Some can travel up to 28 mph and require a rider to be at least 16 years old.

Carlsbad Police said they’ve been reminding teenagers about riding in the same direction as traffic and wearing helmets for those under 18 years old. They also have been issuing tickets and are working with the San Diego Bicycle Coalition in offering safety courses to ride responsibly.