A holiday tree decorated with ornaments honoring those who have been affected by AIDS and HIV, will be on display through the Christmas season at Village Hillcrest.
Author: City News Service, Abbie Alford (Reporter)
Published: 11:44 AM PST December 1, 2019
Updated: 6:39 PM PST December 1, 2019

A large holiday tree decorated with ornaments honoring those who have been affected by AIDS and HIV, the virus that causes AIDS, will remain on display throughout the Christmas season at Village Hillcrest.

Hundreds of candles were lit throughout the event to remember those who have died from AIDS. Holiday songs were sung by members of the Gay Men's Chorus of San Diego.

The free event included a display of AIDS quilts. 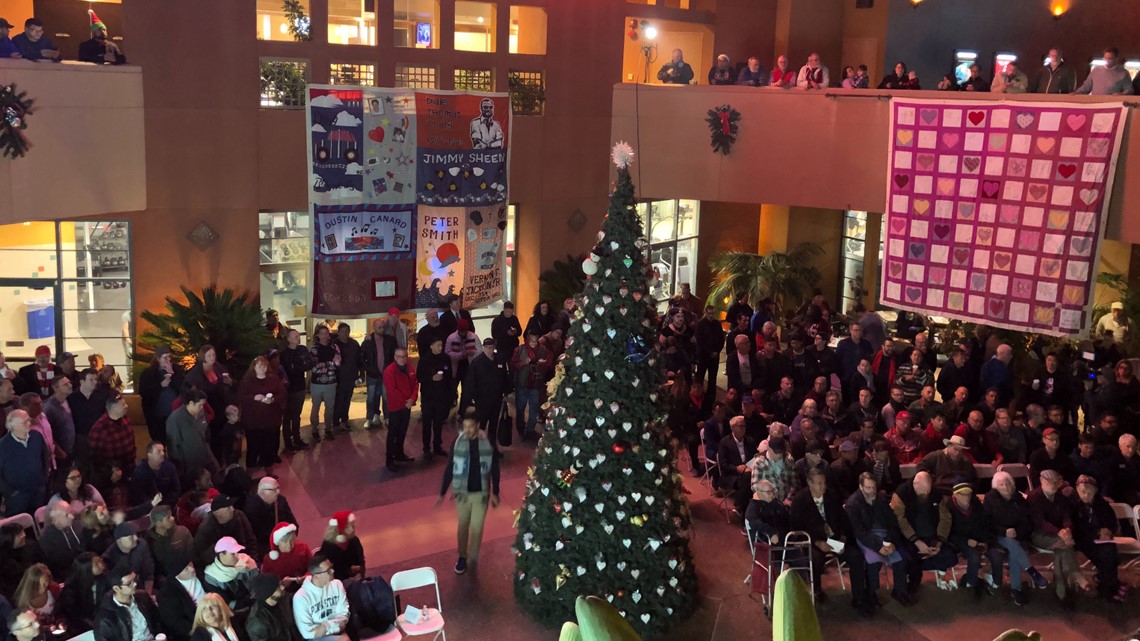 A record 37.9 million people worldwide were living with HIV in 2018, according to UNAIDS, the joint United Nations program on HIV/AIDS, whose figures date back to 2000. The previous record was 36.9 million in 2017.

World AIDS Day was founded in 1988, the first international day for global health. This year's theme is "Communities Make the Difference," recognizing the essential role communities have played and continue to play in the AIDS response at the international, national and local levels.

Communities include peer educators, networks of people living with or affected by HIV, such as gay men and other men who have sex with men, people who inject drugs and sex workers, women and young people, counselors, community health workers, door-to-door service providers, civil society organizations and grass-roots activists.