'We're actually going to end the year balanced': No plans to use Idaho's rainy day fund in 2020 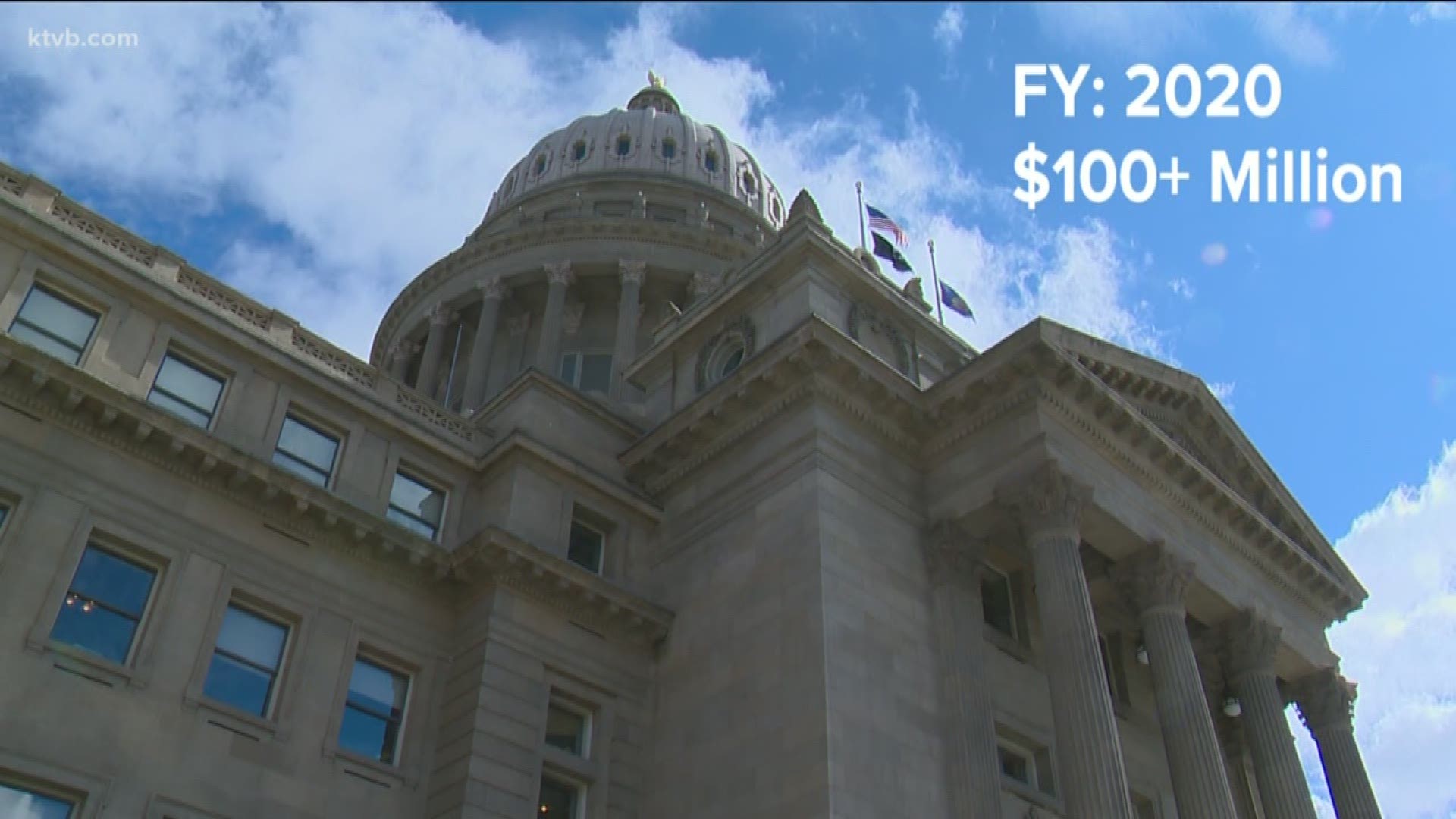 BOISE, Idaho — There's a bright outlook for Idaho's rainy day fund this year as it remains untouched for 2020.

The state is constitutionally required to balance its budget each fiscal year, which runs from July 1 to June 30.

With the 2019-2020 fiscal year just recently ending, the state closed its books with a balanced budget.

Rainy day funds are excess money from things like income tax, corporate tax or sales tax, which the state can choose to put a portion of aside to be used in emergency situations.

Alex Adams, the governor's budget chief, said since the last recession, Idaho has been working to build up its rainy day fund and it's also been a priority for Gov. Brad Little ever since he took office.

According to Adams, Idaho is currently in a good position, despite the COVID-19 pandemic.

"There's a lot of states that would love to be in the position Idaho is in," he said.

Idaho not only balanced its budget without having to draw from its rainy day fund, it also ended the fiscal year with a surplus.

"Prior to COVID-19, we anticipated we would end the fiscal year balanced and with a surplus of around $56 million," Adams said. "Then [once the pandemic hit] it looked like that cushion could become smaller and that $56 million cushion would no longer be there."

But that wasn't the end result.

RELATED: Gov. Brad Little says the coronavirus is having a 'big impact' on Idaho's budget

While many other states had to draw millions of dollars from rainy day funds to battle COVID-19 and balance their budgets, Idaho did not.

Final budget numbers won't be released until Friday but Adams said the surplus will be more than $100 million.

"The benefit there is we think this is going to be a three- to four-year budget hole that all states are going to have to dig out of and we think Idaho's going to weather the storm better than most," Adams said.

So how did Idaho end up with a surplus?

Another reason is because of 2019 tax revenues. Because of the pandemic, Little extended the tax filing deadline from April 15 to June 15. That allowed Idahoans more time to file, while still keeping the tax revenue in the 2020 fiscal year. Those revenues also came in strong.

"At the end of May we were $312 million behind where we needed to be," Adams said. "So to balance the budget we not only had to meet June estimates but exceed them by $312 million just to balance. And we far exceeded that."

Adams said by preserving the rainy day funds, it minimizes the impact on state agencies and services for all Idahoans. By not having to dip into the rainy day fund in the first year, it allows the money to be allocated where it's most needed over the next few years, as fallout from the pandemic is expected to continue.

"The important thing to know about the rainy day funds is it's one-time money," he said. "Once you've spent it, it's gone. So we'll have to resist the temptation to use it all in year one and it will have to be metered out carefully."

"Idahoans can have confidence we're managing the budget wisely, prudently and judiciously on behalf of all taxpayers," Adams added.

Because of the pandemic and its effect on businesses and individuals, the state expects to see a drop in tax revenues for next year. Adams said that could potentially mean the rainy day funds will be needed to help balance next year's budget.

POPULAR: Idahoans could see some property tax relief this year

Facts not fear: More on coronavirus