“He was all in all the time,” says Cathedral Catholic principal Kevin Calkins “It really is inspirational for me to be able to work with someone like Mario.” 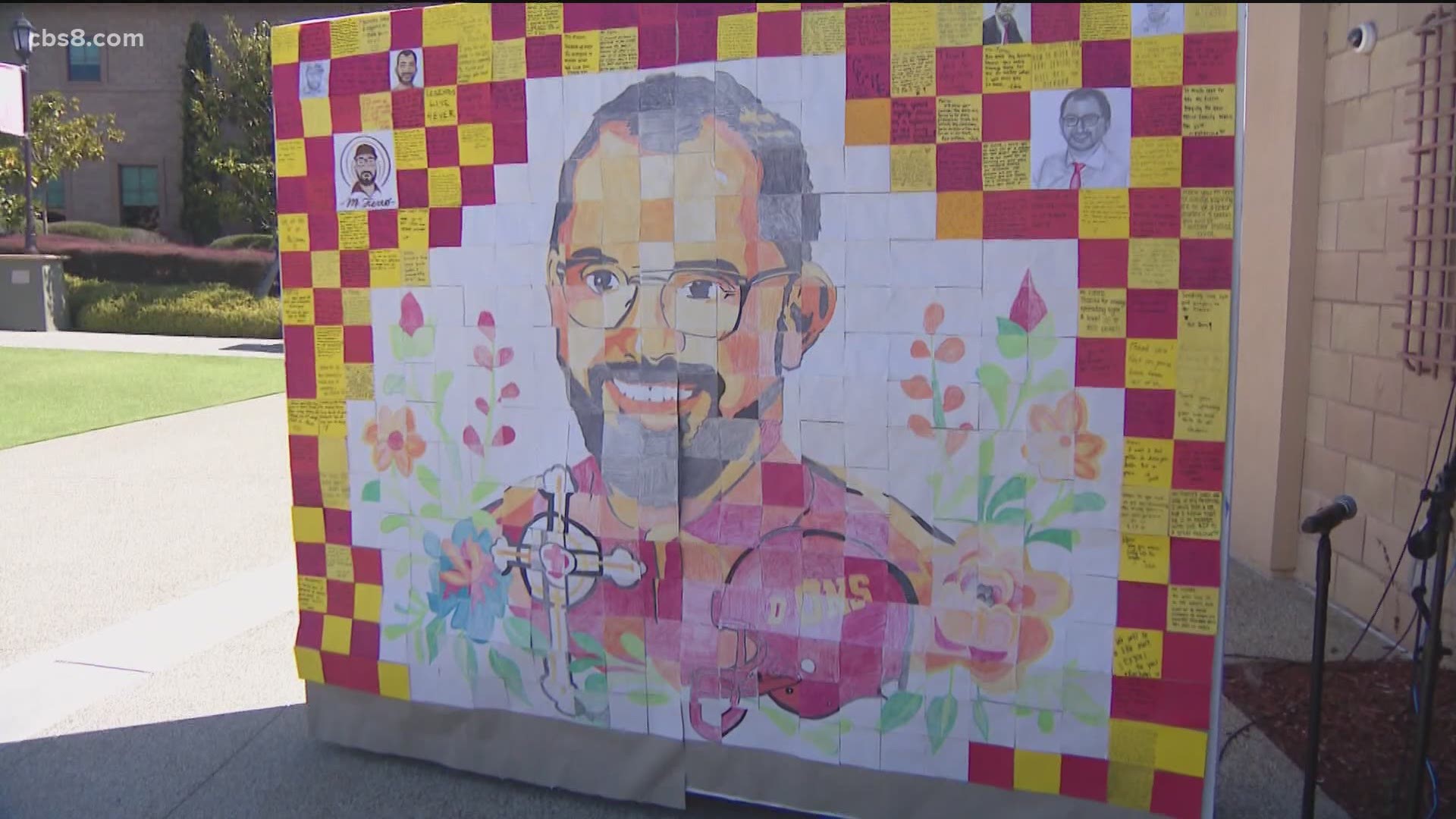 SAN DIEGO — On a cloudless day on Cathedral Catholic’s football field. The kind words of friends and students reverberated throughout the stadium. Just outside, this memorial made up of Post-it Notes captured the essence of what teacher and coach Mario Fierro meant to the students of Cathedral Catholic.

“He was all in all the time,” says Cathedral Catholic principal Kevin Calkins “It really is inspirational for me to be able to work with someone like Mario.”

Fierro’s life was tragically cut short on February 1st after he was murdered outside of his home in North Park. The alleged killer Jesse Alverez was the ex-boyfriend of Fierro’s fiancé. He faces murder charges and is being held without bail.

But Saturday, all focus was on the life and legacy of the popular teacher and coach who left Cathedral Catholic far too soon. In addition to teaching Social Studies, Fierro was a cross-country coach and was an assistant for the football team.

“It was more than just X’s and O’s,” says DJ Ralph the quarterback for the Cathedral Catholic Don’s football team “you admire him not only as a coach but as a friend. We’ll all miss him greatly.”

Though it might be painful for the students who loved him so dearly, the legacy of Mario Fierro and the way he engaged with everything that he did, will live on forever.