Cal Fire Chief Tony Mecham described Katkov as jovial, outgoing and having a deep sense of purpose for helping people. 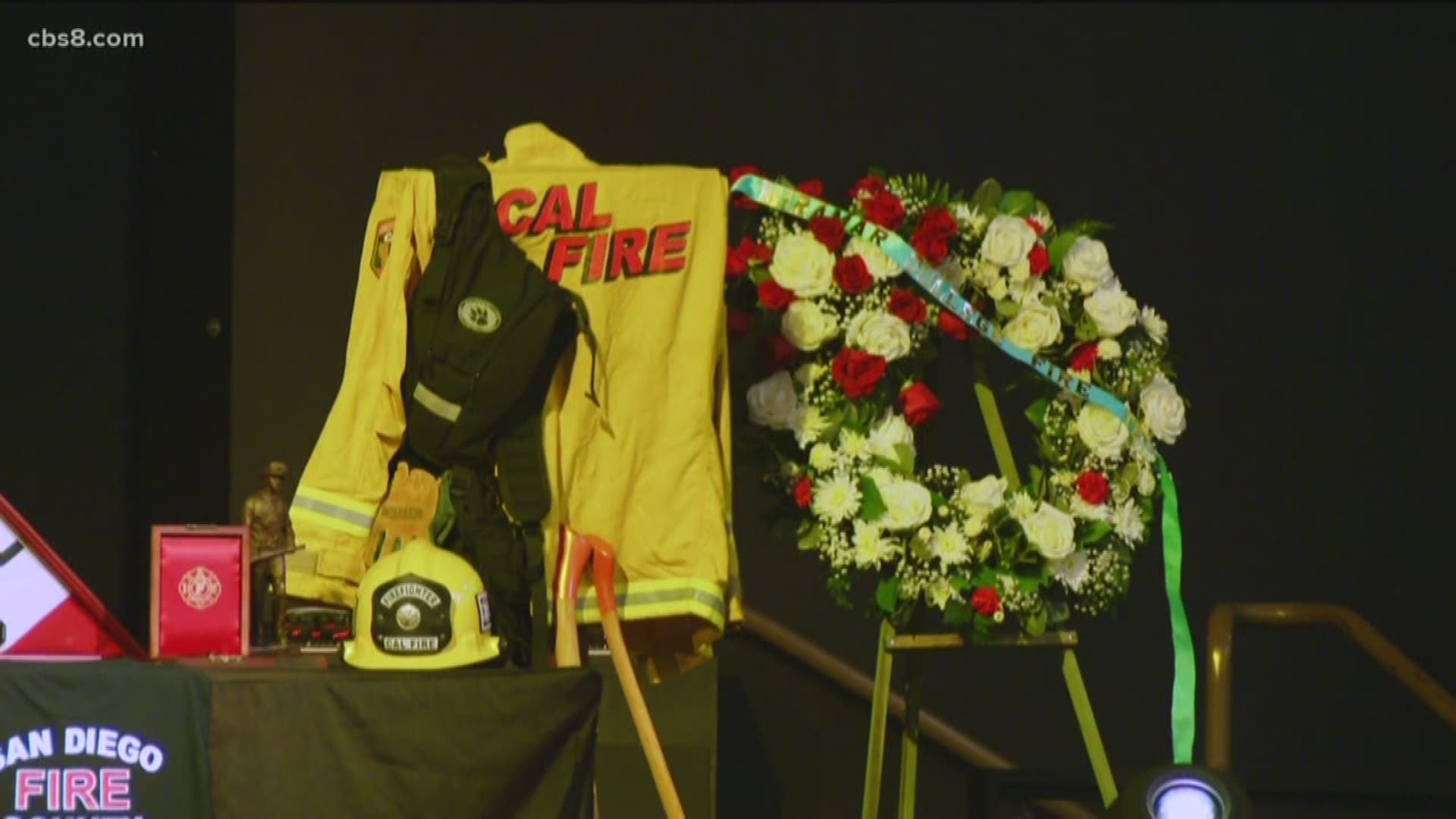 VISTA, Calif. — Friends, family and colleagues gathered Tuesday to remember a 29-year-old Cal Fire firefighter from Escondido who suffered a medical emergency during a training hike with his engine crew.

Yaroslav Katkov was airlifted to Temecula Valley Hospital on July 28 in critical condition and pronounced dead at 3:07 a.m. July 29, according to Cal Fire Chief Tony Mecham. The cause of death is still under investigation.

Katkov, who immigrated from Ukraine as a child, joined Cal Fire last August as a seasonal firefighter and was assigned to Station 16 in the unincorporated area of De Luz, six miles northwest of Fallbrook.

Katkov was born in December 1990 and his family relocated to Toronto, Canada in 1994. The family would subsequently move to Oak Ridge, Tennessee, and, in 1998, to San Diego County, where Katkov attended Scripps Ranch High School.

While at Scripps Ranch High, Katkov won the city's wrestling championship and was the starting center on the school's football team, which reached the state semi-finals.

"I can tell you as a longtime football coach and offensive line coach that playing center in not easy," he said. "The center is the line captain and the shot caller for that group and probably one of the toughest positions to play in football."

Katkov graduated from San Diego State University with a bachelor's degree in business and finance and received his real estate license before deciding to become a firefighter.

Mecham described Katkov as jovial, outgoing and having a deep sense of purpose for helping people. He would often pick flowers for his mother, Nadia Katkova, and partner Ashley Vallario and help his mother with her garden. Katkov, Mecham said, believed in giving people the gifts of life and experience rather than materialistic things.

Mecham said he lamented that Katkov had so much life left to live. But he also said that those who knew Katkov should remember him for who he was, not who he could have been.

"We can choose to focus on what has not occurred or we can choose to carry our memories and remember what this man stood for," Mecham said. "Maybe pick a flower, maybe take the time just to talk to somebody. So we celebrate the incredible life this young man lived, a life he chose to dedicate to others, but most importantly, a life he simply chose to live."

In addition to his mother and partner, Katkov is survived by his father Igor and brother Sam.