A closer look at the financial impact the Census has in distributing limited federal funding at the local level over the next decade. 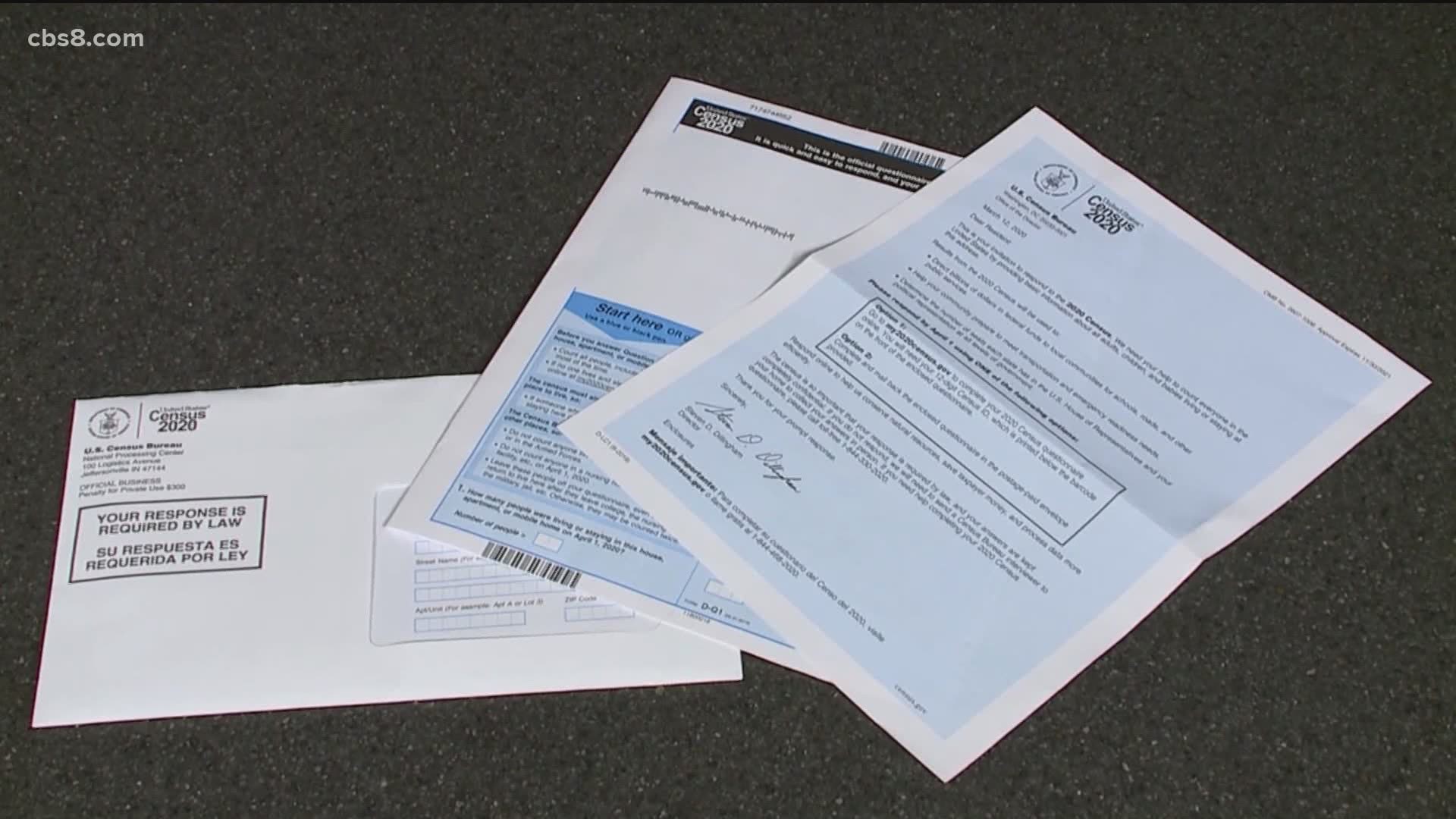 LEMON GROVE, Calif. — With the September 30 deadline for the 2020 U.S. Census fast approaching, it has never been easier - or more important - for all San Diegans to complete their forms.

The distribution of hundreds of billions of federal dollars depends on how many people in each community fill out their census forms.

The leader of one local city has made it clear that those numbers truly count.

In the small city of Lemon Grove in San Diego County, the message is hard to miss: signs in English and Spanish encouraging residents to fill out their forms.

Vasquez said that ten years earlier, only about 70% of her city's residents participated in the census.

As the Sept. 30 deadline approaches, a closer look at the financial impact the #2020Census can have on local communities: @CBS8 pic.twitter.com/B4xBObZeSu

It proved to be an undercount that has had serious, and long-lasting, consequences for the roughly 27,000 people who live in the East County city.

"If everyone had been counted for the 2010 census in Lemon Grove, we would have received an additional $20 million over a ten-year span," Mayor Vasquez said. "Just imagine the difference that $20 million for a small city like Lemon Grove could do!"

That singular example brings into sharper focus the importance of the U.S.census for all communities throughout the county, state and nation.

"This is it! We have one chance in ten years to get this right!" said David Bennett,  a spokesperson for the U.S. Census Bureau here in San Diego.

Bennett pointed out that the results of the census will help not only to make sure that political representation is apportioned accurately but also ensure that $685 billion in federal dollars are distributed fairly nationwide, for everything from hospitals to roads.

"It is so important that we get everybody!" Bennett said.

To that end, community-based efforts to encourage folks to fill out their forms are now in overdrive throughout San Diego County.

That includes a drive-thru food giveaway in Bay Terraces held Friday that also served as a way to get the Census message out.

"We had to get creative and innovative," said JoAnn Fields, a 2020 Census outreach coordinator.

If you don’t complete the #2020Census, your community could miss out on funding for the next 10 years. It’s not too late. Respond online now at https://t.co/nzqhoc1xHM. pic.twitter.com/I0ENivwdTZ

It's a message that San Diegan Virginia Langit received loud and clear.

Lemon Grove's mayor is hoping that everyone takes heed.

"Really help shape your future," she added. "It truly is up to you!"

Census workers are also now going door-to-door as well to help those who haven't completed their forms to do so. Census Bureau officials say they are wearing masks and practicing all social distancing protocols.

For more information on filling out your Census, just click here.