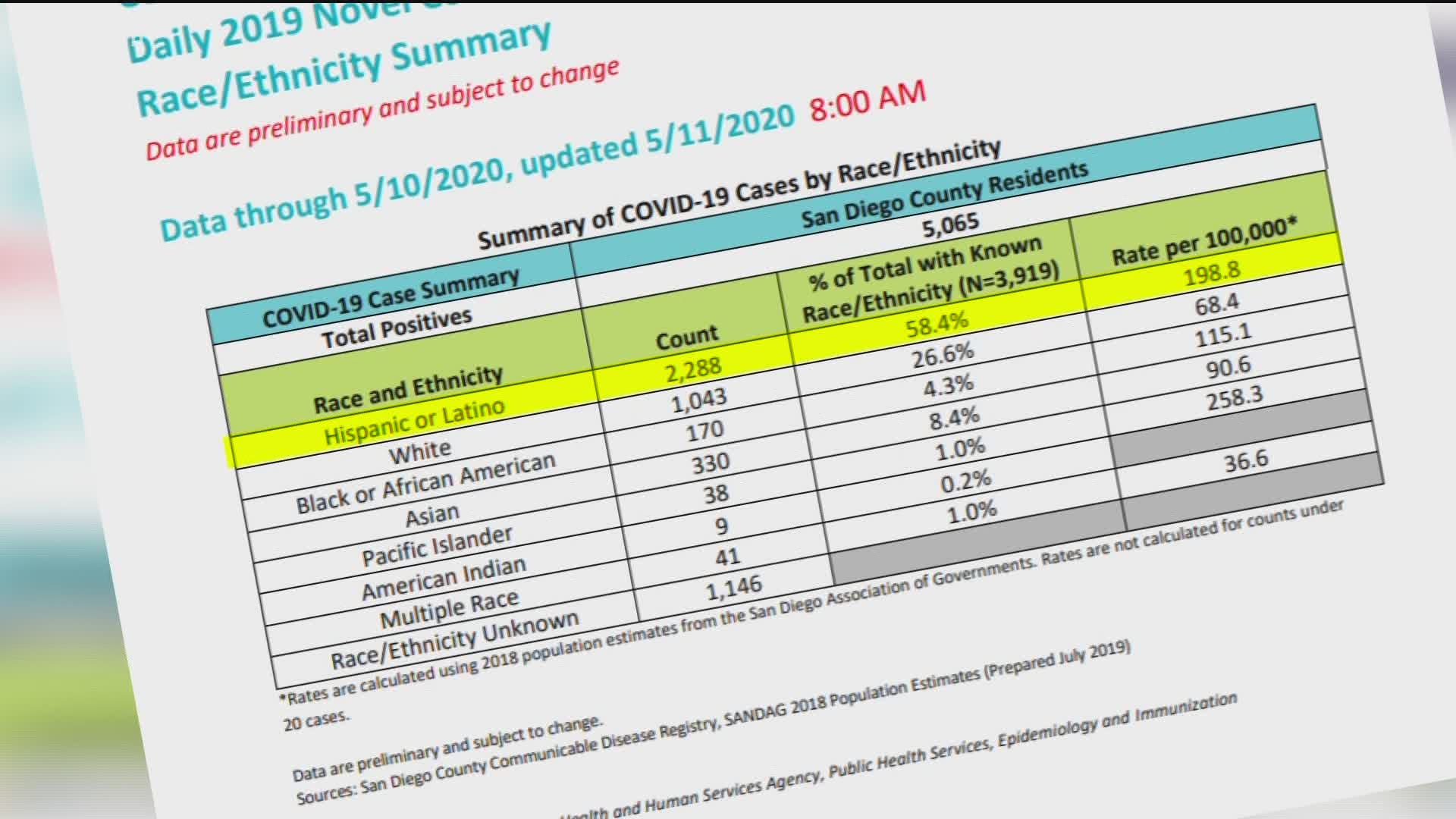 SAN DIEGO COUNTY, Calif. — San Diego County COVID-19 numbers show that the Hispanic and Latino communities are being hit hard by the pandemic, according to the Chicano Federation.

“Latinos primarily, and people of color have had had higher instances of COVID-19 infections, and we are disproportionately affected by this virus,” said Roberto Alcantar, the Chief Strategy Offer for the Chicano Federation, a local non-profit.

According to the latest numbers, Latinos account for 58.4% of the positive cases, but only make up around 34% of the county’s population.

Alcantar believes there’s a variety of factors that play into that, including lack of access to health care and other services, and a distrust of the system.

“The lack of access to affordable housing that forces multiple families to live under one roof,” he said.

Many of which continue to work on the front lines during the crisis.

“They come  back home and are potentially exposing multiple families not just their own,” Alcantar told News 8.

The Chicano Federation is trying to help with educational outreach about the virus, while also providing basic services, like groceries for those who cannot afford them or simply can’t go to the grocery store.

“We had one mother write to us saying that she was so happy that we were bringing her groceries because she’s pregnant and on her own. She’s got two other kids and she’s scared to go out to the grocery store and exposing herself or exposing her kids and now she doesn’t have to worry about that,” said Alcantar.

Buy that’s only part of the problem as the county and state of California begin to reopen, Alcantar said it will take systematic changes to really stop the spread of the virus and keep people healthy.