Paramedics took the officer, whose name was not immediately available, to a hospital for treatment of major injuries. 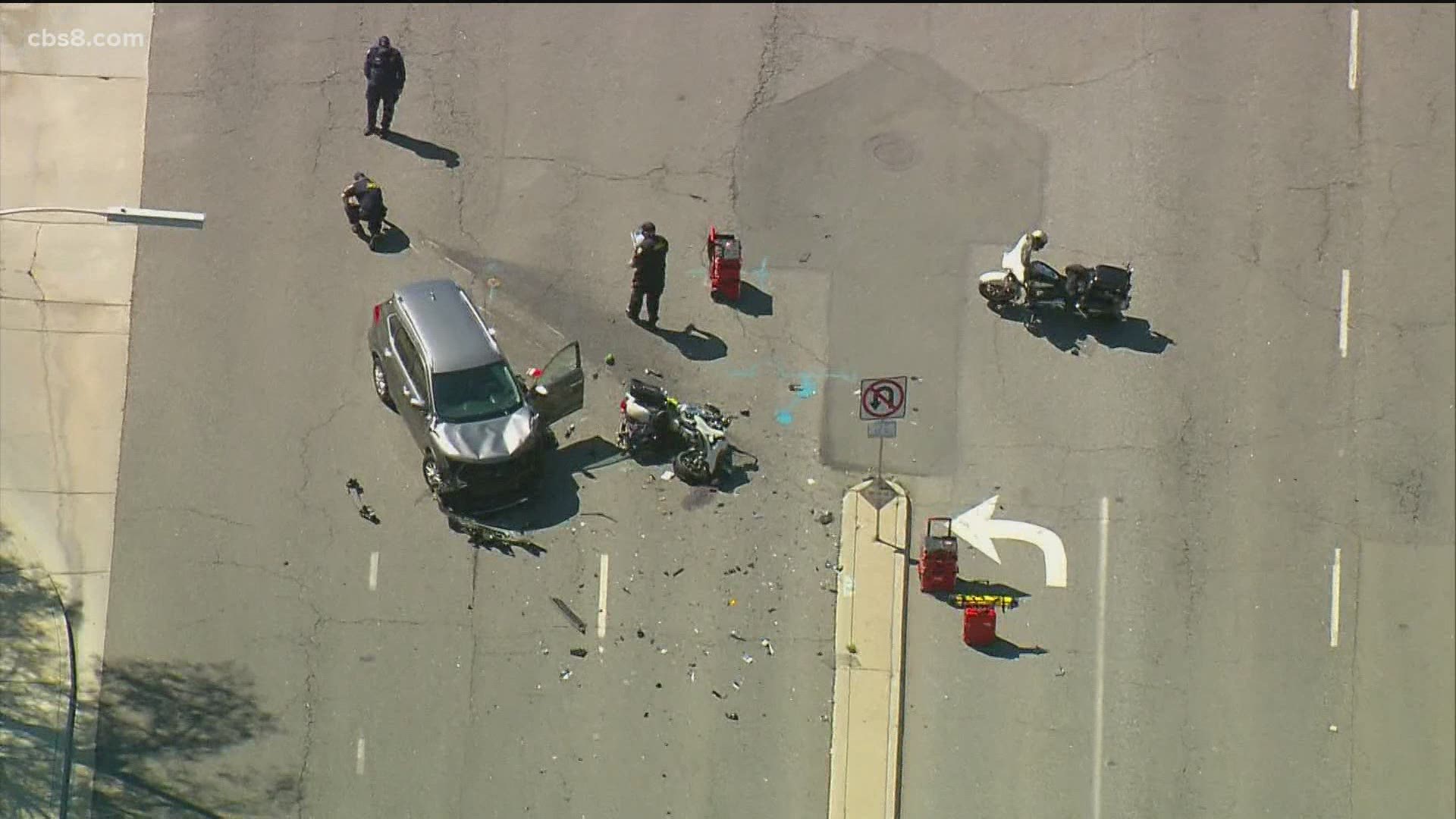 The crash at Lomas Serenas Drive and Via Rancho Parkway in Escondido occurred shortly before 1 p.m. A female driver was making a left-hand turn heading west and pulled her SUV in front of the CHP officer who collided with the vehicle, according to CHP Officer Salvador Castro.

The driver sustained little to no injury and stayed on the scene to cooperate with the investigations, Castro said. He said the officer was on his way back to work when the crash occurred.

Paramedics took the officer, whose name was not immediately available, to a hospital for treatment of major injuries, Escondido police Sgt. Mike Graesser said.

Officers do not believe drugs or alcohol were involved in the crash, according to the CHP.

Lomas Serenas Drive was shut down in both directions as of Tuesday afternoon while CHP investigated.

The officer was identified later in the week as Joe Heightman. A GoFundMe page was set up to help the officer and his family.