After denying two men entry into the Chula Vista Brewery, a fight broke out between the men and security guards. Then shots rang out. 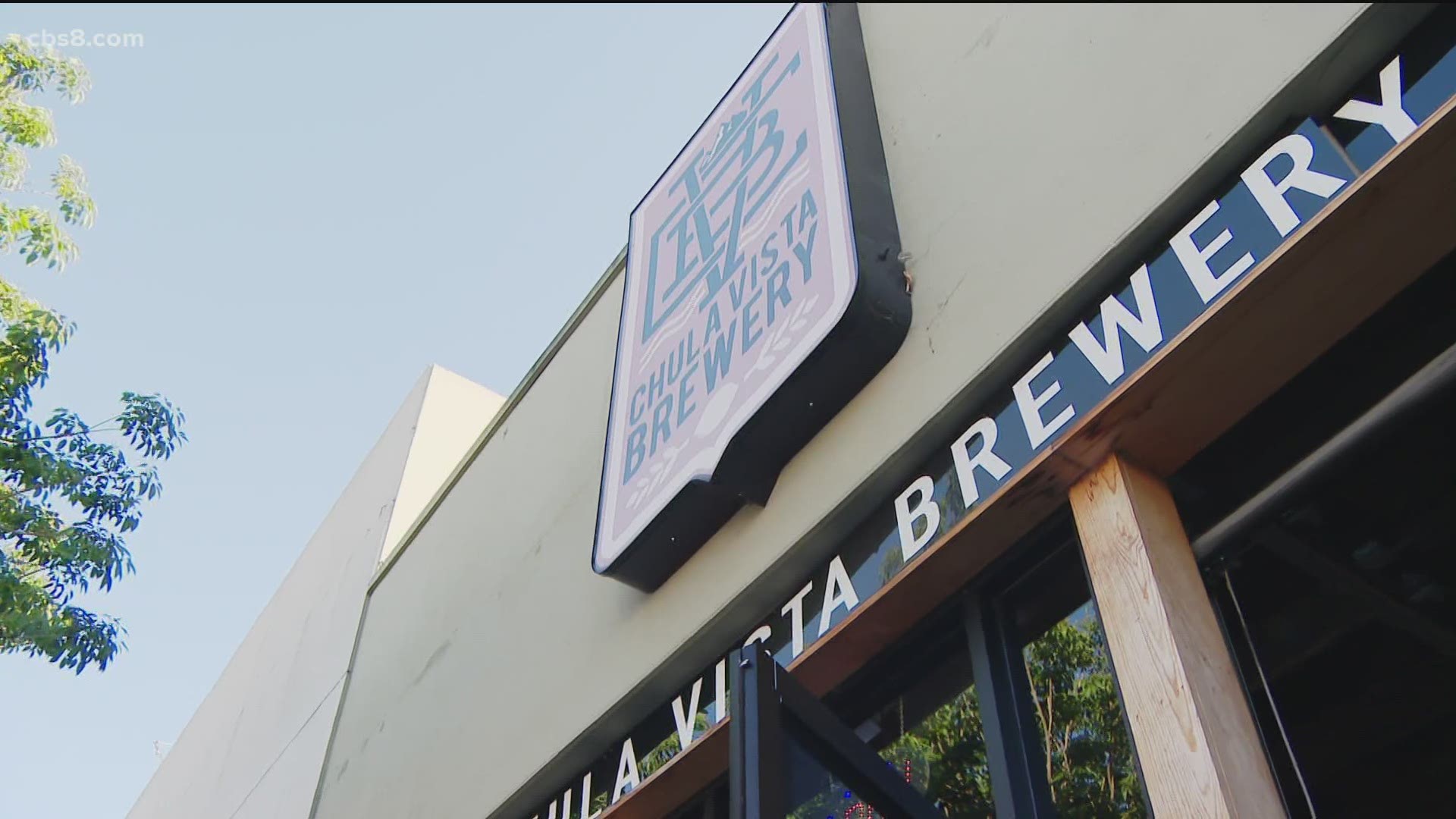 CHULA VISTA, Calif. — A shooting outside of the Chula Vista Brewery Sunday night has business owners in the area pledging to keep troublemakers out of their neighborhood. Fortunately, no one was injured but now they want to send a message to people who made it unsafe for their customers.

The owner of the brewery said most of his customers are regulars. So when two men tried to force their way inside, security stepped up and then things took a dangerous turn.

“We had two guys walk up and they had drinks in their hands and they were smoking. We told them they couldn’t come in,” said Timothy Parker, Chula Vista Brewery owner.

After denying two men entry into the Chula Vista Brewery Sunday night, a fight broke out between the men and security guards. The Chula Vista Police Department requested that News 8 not show the surveillance video because the investigation is still active.

“We pushed them out to try and keep them from coming inside and then one of them pulled a gun and started shooting in the air,” Parker said.

Parker, who’s owned the brewery for four and a half years and is a Navy veteran, said he’s happy that security guards were able to do their jobs. He said businesses in the area are working together to make safety the top priority.

Parker said business owners on Third Avenue and in the surrounding area use surveillance cameras and also work closely with police. He said they all want to send a strong message to anyone else who may want to start trouble at their businesses.

"So, we just want people to know if you’re going to come to the neighborhood, you either behave or you won’t be allowed back into the neighborhood. Most of the businesses will press charges on you,” Parker said.

Parker said police have identified the two suspects and if he can, he will press charges.