“It reminded me of my grandma who was over 90 and passed away,” said Officer Martinez. 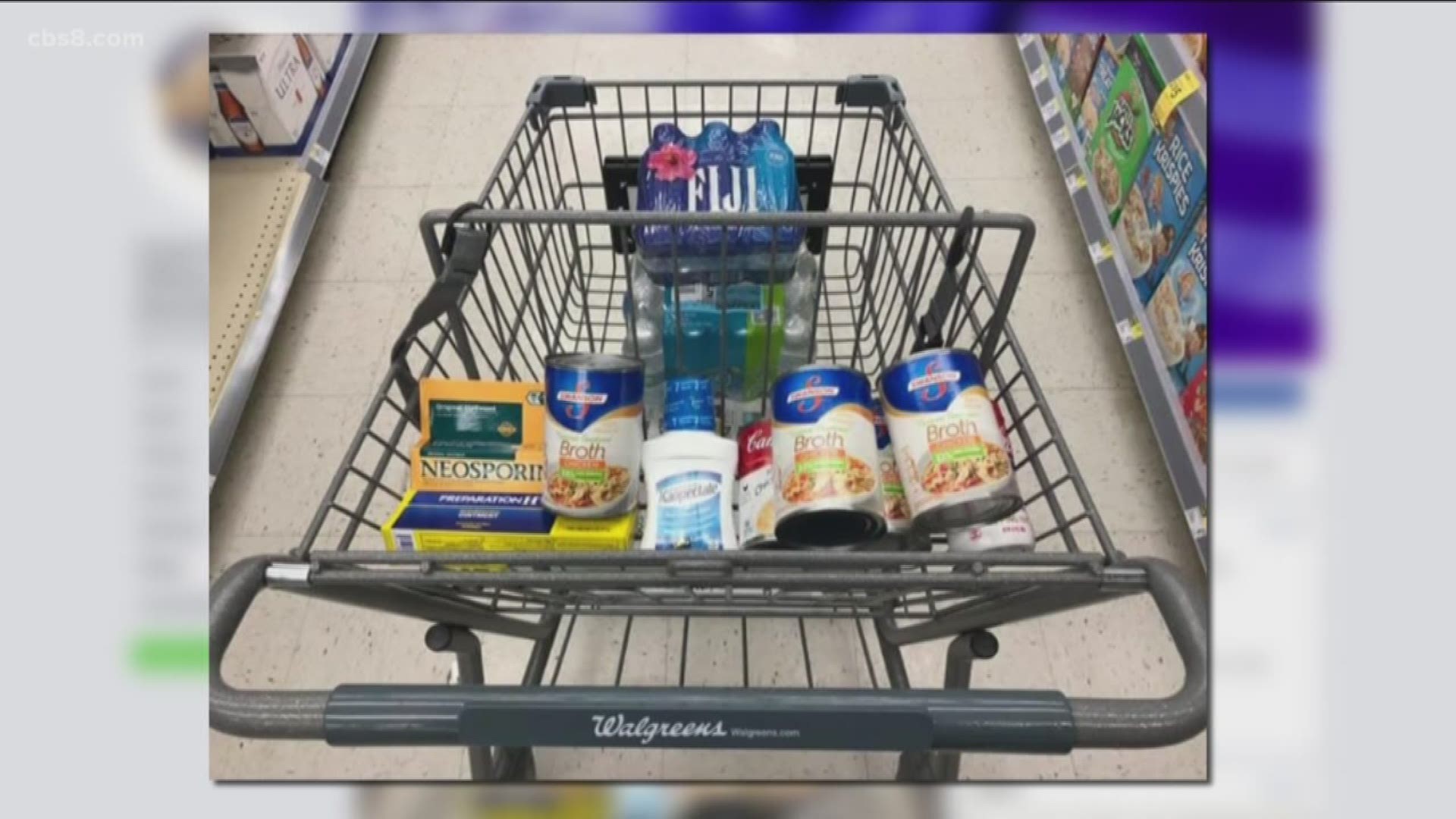 CHULA VISTA, Calif. — The Chula Vista Police Department is used to fielding calls about traffic and crimes, but a recent request sent a veteran officer on a call unlike any he’s responded in the past.

While working overtime for the Chula Vista Police Department agent David Martinez received a call to do a welfare check on a 90-year-old woman near Third Avenue and Moss Street.

“[I] also got a text message from the dispatcher who said, ‘this isn't a typical call, but let's see if you can help her out,’” said Martinez.

The officer tried calling the elderly woman, but she didn’t answer so he went to her apartment.

“She was very appreciative that I was there and that I showed up,” said Martinez.

She told him that she couldn’t get a hold her caretaker and needed Neosporin and stomach reliever. He kindly asked if she needed anything else, like a hot meal.

“She said, 'no that her stomach wasn't feeling well and that she had eaten earlier, and she wasn't that hungry,” Officer Martinez.

Back in his patrol car, Martinez drove to the nearest Walgreens where he filled a grocery cart with the medicines and added to the list some soup and water.

Grocery shopping isn’t something officers learn in the academy, and there sure isn't a scanner code for buying groceries for the elderly.

“She offered to give me money for it, and I said, 'no, don't worry about it, it's taken care of,” said Martinez.

The officer dropped off the groceries and even took out her trash. He made sure that she and her caretaker knew about available resources.

While he helped in dispatch this week, Martinez reached out to the woman to check on her and say 'hi.'

“This is my first time in my 15 years to have a call for service like that, and it reminded me of my grandma who was over 90, who ended up passing away,” said Martinez.

Police remind the public during this time to check on your elderly family members and neighbors.

Resources are available at 211 San Diego.