Assuming there are no hiccups between the two sides, the deal is expected to be finalized in late July and escrow should close in early August. 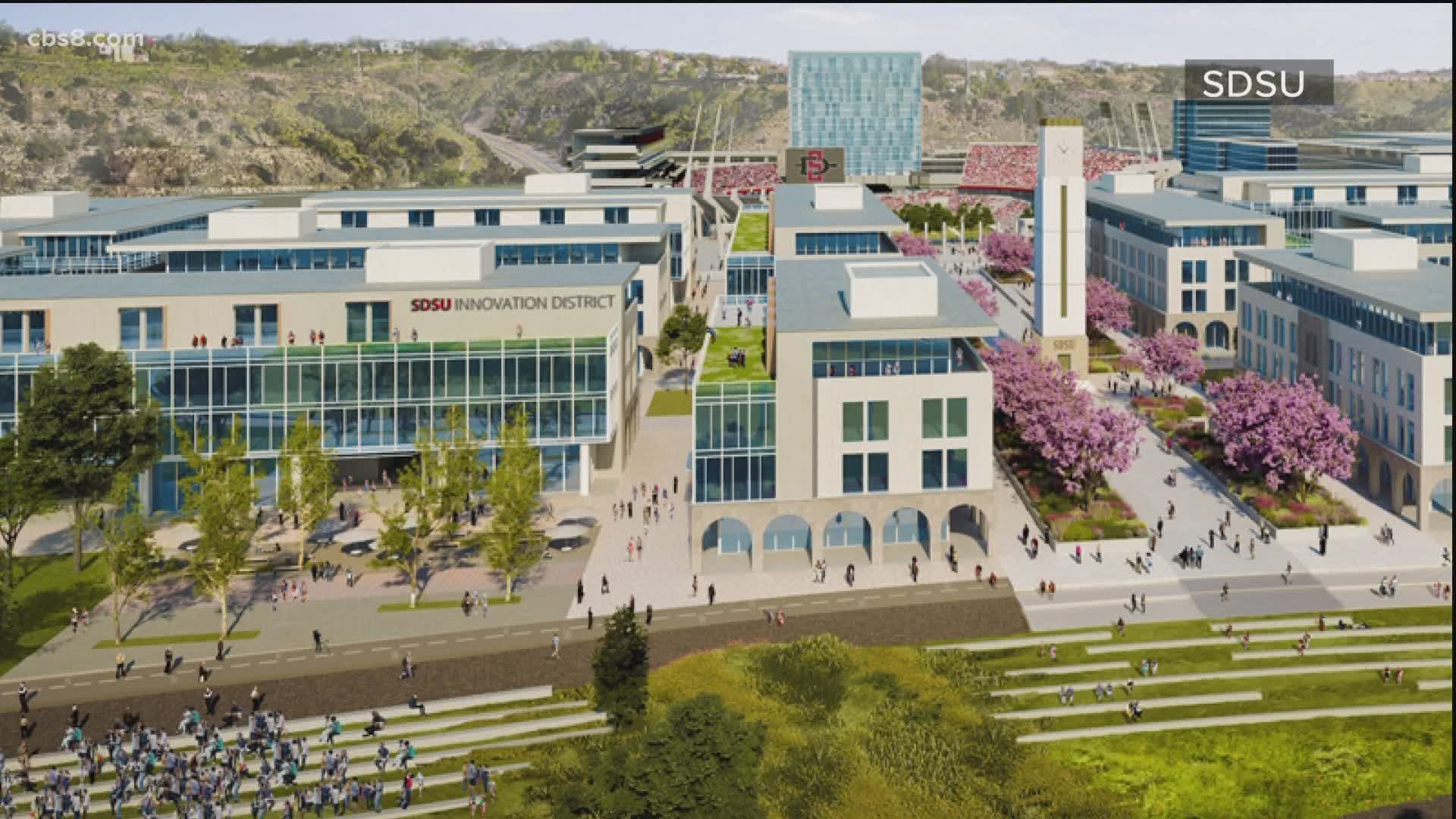 SAN DIEGO — The San Diego City Council held the first of two public readings regarding the Mission Valley stadium site sale on Wednesday. By a vote of 8-1 the council voted to pass the deal as an ordinance

The $88 million land deal will again be looked over in a separate public meeting before the sale is final.

The council vote that took place on May 29 was to agree in principle to the terms and attachments, but the deal still needs to be passed as an ordinance, which requires two readings, as well as the two votes - the first of which was today.

“This is a generational opportunity. A project that will reshape Mission Valley and will provide a new path for the future of San Diego State University," said San DIego City Council President Georgette Gomez.

On Wednesday, the council looked over the final details, held the first of two readings, and voted again. Councilmember Scott Sherman cast the only vote against it.

There will then be a second reading of the agreement at a separate meeting on June 30, it will then be voted on again and if passed a third time, it will require a 30-day waiting period for the mayor to sign it due to the fact it is an ordinance.

“The opportunities that will be created by San Diego State Mission Valley are limitless. Our goal has always been to expand our campus, providing us with the opportunity to serve more students,” said SDSU President Adela de la Torre

Once the deal is finalized, San Diego State plans to build a football stadium, dorms, classroom buildings, and research buildings.