For months, residents and business owners complained about the encampment’s conditions as it grew larger, creating a public health concern. 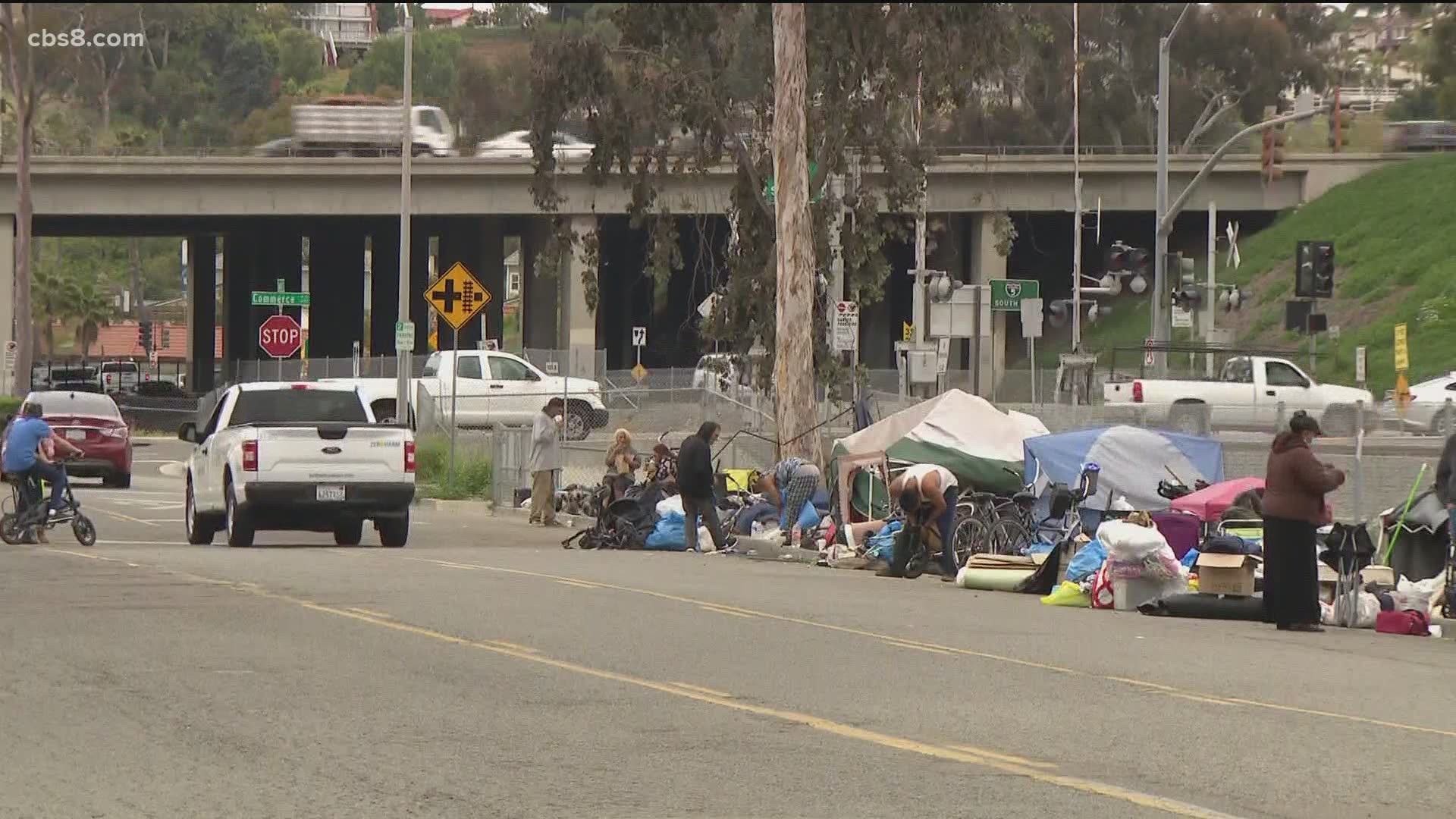 OCEANSIDE, Calif. — A homeless encampment in Oceanside was cleaned up on Tuesday, with many of the people living there being placed in a hotel. For months, residents and business owners complained about the encampment’s conditions as it grew larger, creating a public health concern.

News 8's LaMonica Peters talked to city officials and homeless advocates about the cleanup and how it’ll impact the community.

Finding shelter for the homeless is a challenge the City of Oceanside has had to face and now they say they’re taking the first step to helping people get off the streets.

At least 50 people had been living just east of I-5 on South Oceanside Boulevard but on Tuesday the City began to clean up the encampment and offer hotel vouchers for the people living there.

“Since Thursday of last week, really even going back further than that, we’ve had our homeless outreach teams, our police, our neighborhood services department coming in here getting to know the folks here, getting their names, trying as best we can to hook them up with services,” said Michael Gossman, Oceanside Asst. City Manager.

Gossman said cleaning up the encampment was a top priority for the City of Oceanside but one homeless advocate says the city’s plan is only a short-term solution.

“They did get some of the folks out of here into a hotel room which is great. People are lined up to get help out here, but the City of Oceanside doesn’t seem to have a plan. Not only do they not have a plan for this one encampment, but there’s 300 plus homeless people throughout the City of Oceanside and they don’t have a plan for them either,” said Michael McConnell, a Homeless Advocate who was at the site Tuesday.

The city said it’s in the process of setting up Oceanside's first year-round homeless shelter, funded in part by Measure X which was approved by voters in 2018. In the meantime, all of the tents will be removed. One Oceanside resident said the cleanup was handled well and she was just glad something has been done.

“They were very, very professional. Also, the homeless people themselves were cooperative. There were people there giving them food, pizza or whatever, helping them pack their stuff. So it was sort of a community effort,” said Leah Nodes, who lives in Oceanside.

The city said the average hotel stay will be about three weeks so that people can be safe and sheltered while support services help them find long-term housing.

WATCH: Dozens living at a homeless encampment in Oceanside forced to leave