With demand up, supply down and mortgage rates at historic lows, realtors say sellers can’t keep homes on the market long enough to show them. 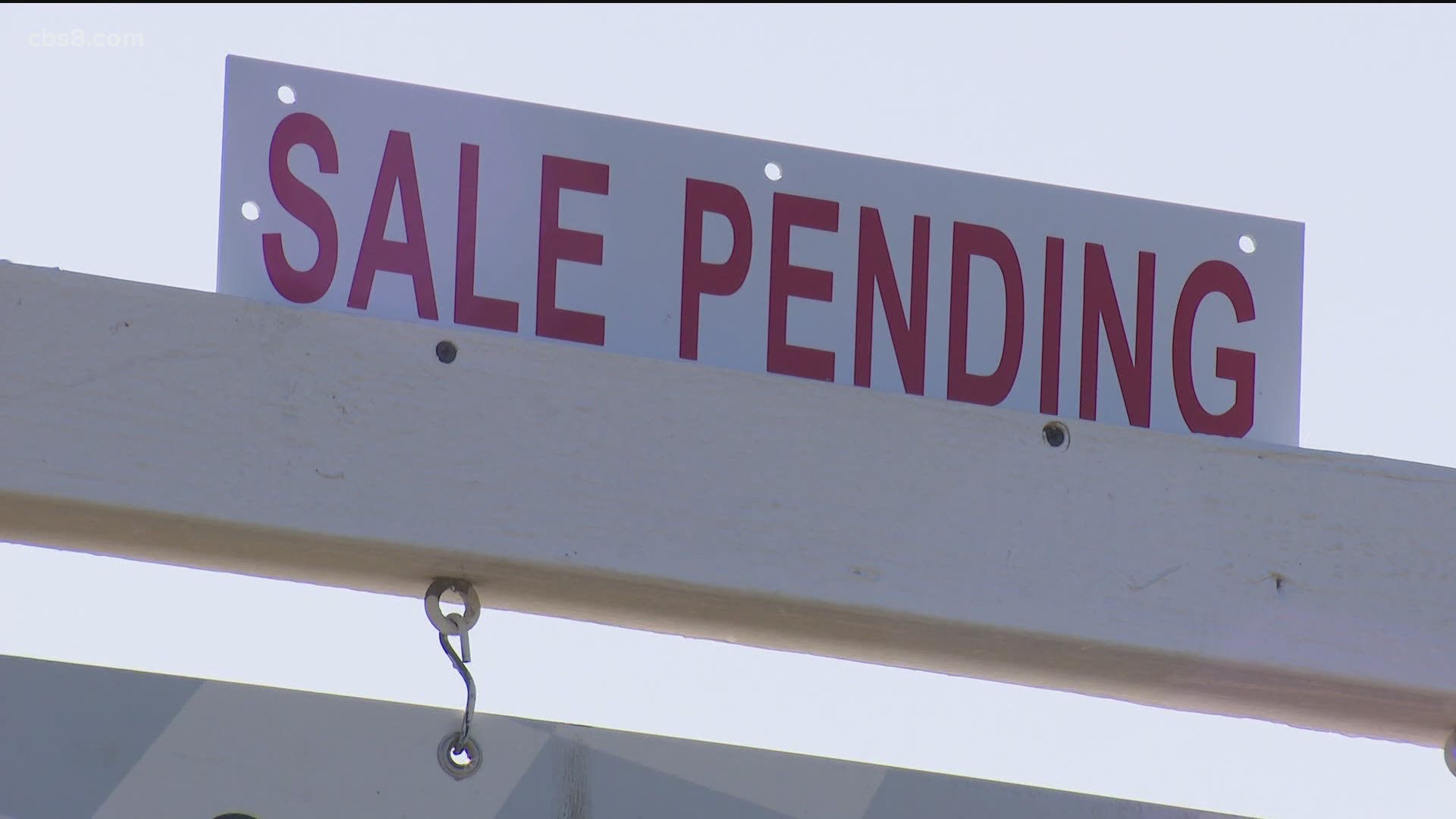 The coronavirus may have slowed down many aspects of life, but in San Diego and other parts of the U.S., it’s done the opposite for anyone looking to sell a home. The demand for housing is so high the City of San Diego has said it has a plan to boost supply.

With demand up, supply down and mortgage rates at historic lows, realtors say sellers can’t keep homes on the market long enough to show them. The real estate inventory shortage is squeezing out new home buyers, but the City of San Diego is promising to narrow the gap.

"Especially with everything going on with the pandemic, just trying to buy a house as an investor you're constantly getting bid out,” said investor Brett Bowman.

The “for sale” signs don’t stay up for long.

“I want to sell before the market takes a dive if it's going to,” said Chris Bauer who lives in Clairemont.

The lack of availability was reflected in the city's latest inventory report with San Diego falling short of its 10-year housing goal. It planned for 88,096 new units, 37,054 were actually constructed.

“We have many different constraints on the east, west, north, and south,” he said. “We have the border, the oceans, the mountains, and Camp Pendleton.”

But starting next year, the city said it'll begin a whole new phase of housing production.

"[We'll be] working together with our residents with other our stakeholders," Schoenfisch said.

From 2021-2029, the city hopes to build 108,000 new units for those with low to moderate-income as well as no-subsidy market-rate homes. The plan is to focus on what they call "infill housing" – properties near transit and job centers.

"[Those are] homes in which the city has to plan for in which we make sure we have capacity to build these,” Schoenfisch said.

What about the rest? A look at the city’s inventory map shows there is capacity to build on thousands of possible sites all spread out.

"What we need to do is work toward the production angle now increasing supply over time until it matches demand,” said Schoenfisch.

Another big component to all this is housing reforms - making sure the city has the measures in place to build.