The university hopes to close the deal by March, then break ground on the project in April 2020. 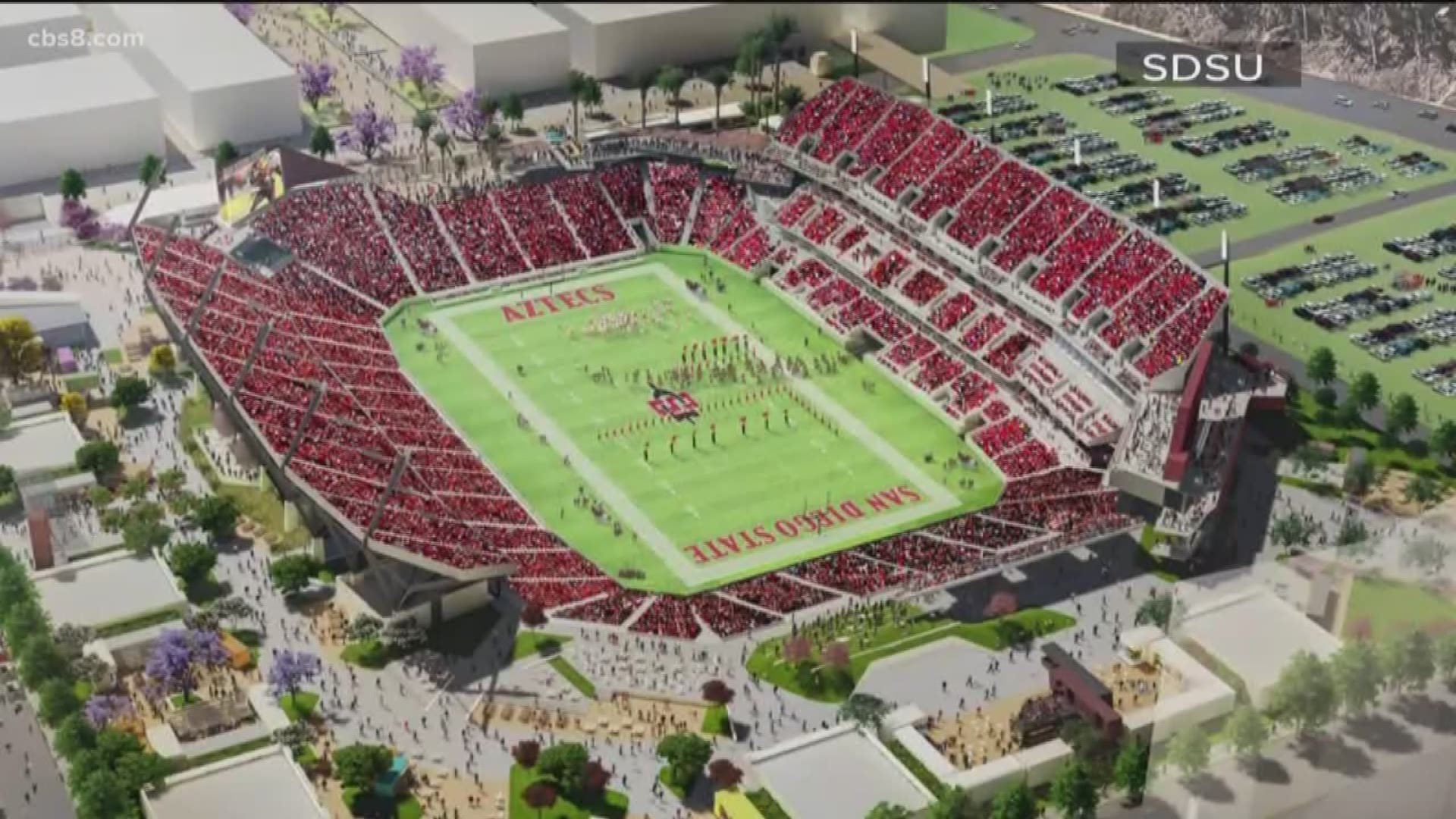 SDSU and the city's negotiating team, composed of officials in various
city departments and the City Attorney's Office, have haggled in recent
months over the university's pledge to offer "fair market value'' for the
property and what that entails. SDSU made its first offer of $68.2 million,
based off a Sept. 2017 appraisal of the site, to the council last month.

The council voted to direct the city's negotiating team to continue drafting a formal transaction document with the goal of approving it by January. Negotiators are expected to give updates to the council each of the next three months on the sale's development. Voter-approved Measure G gives SDSU the okay to make an offer on the stadium.

"The city currently spends about $11 million a year to maintain and
operate the Mission Valley stadium site,'' City Councilwoman Barbara Bry said. "That's over $30,000 a day in taxpayer money every day that we delay this transaction with San Diego State. We can't afford not to move the project along in a timely manner.''

An analysis of SDSU's offer sheet by city Independent Budget Analyst Andrea Tevlin found that it lacked an outside closing date, which would give the university some contractual urgency to close the deal. If the sale is not
completed by June 30, the city would lease the property to SDSU for $1 per
month and the sale price would increase on a prorated basis until the sale's
closure.

"A lot of times, these negotiations are what happens when nobody sees them, but now they're out in front of the council so everybody sees it and these are just the usual ebbs and flows of a business deal and that's what we're really doing here,'' City Councilman Scott Sherman said. "I think we're getting very, very close to calling this a day.''

The two parties intend to exchange a 135-acre parcel of land, which SDSU would redevelop into a 35,000-seat stadium to be primarily used by the university's football team. Plans also call for a satellite campus, a park along the San Diego River, commercial and residential space and a bridge extending Fenton Parkway over the San Diego River.

San Diego voters approved the plan, then known as "SDSU West" and now dubbed "SDSU Mission Valley" last November. Since then, the university has
selected two firms to oversee the planning and construction of the future stadium and campus while negotiating the sale with the city.

SDSU's offer includes terms that it will assume the responsibility of maintaining the current stadium and demolishing it when required. In addition, the university would assume the costs of demolishing SDCCU Stadium. The university would be required to construct the 34-acre river park, estimated to cost $30 million, within seven years of the sale agreement's effective date and prior to the occupancy of any other building on the parcel of land, save for the stadium.

Under the terms of the agreement, SDSU would also indemnify the city from lawsuits having to do with the EIR, campus master plan, sale agreement and
the stadium's current state.

"The project is about the transformation of a community and the revitalization of public land,'' she said. "With your support, this can go down in history as one of the most meaningful San Diego milestones of the 21st century.''

The university intends to break ground on the project in April 2020 and complete the redevelopment in its entirety by the mid-2030s. The university hopes to have the stadium constructed in time for the 2022 NCAA football season.