A neighbor spotted Ghost the cat in a window at a house around the corner. Kirstin went over there to speak to the family about getting him back. 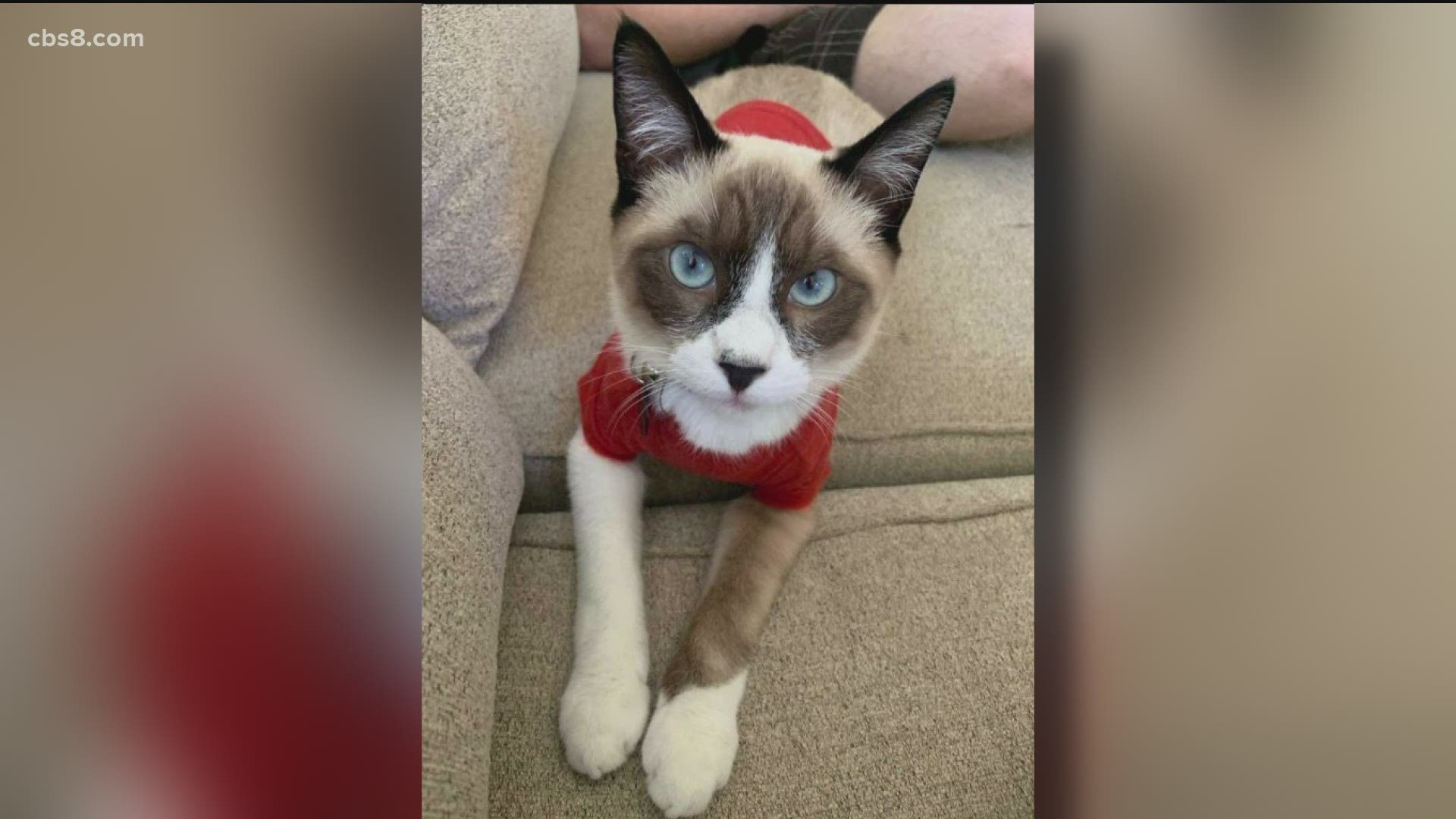 SAN DIEGO — A kitten in Clairemont is now in the middle of a bizarre neighborhood dispute. Kirstin Miceli got her kids a cute Siamese cat in April to help them cope during the pandemic and it seemed to be working.

“I love him because when I'm sad or stressed out he knows and comes to me,” said 10-year-old Alaina.

But in September, Ghost disappeared. Apparently he snuck out of their home while a plumber was there working. Over the next several days, the family searched their neighborhood and put up flyers, but Ghost was gone. Then, Monday, a neighbor spotted ghost in a window at a house around the corner. Kirstin went over there to speak to the family about getting him back, but things didn’t exactly go as planned.

“He's like, oh that cat came here like months ago and we're super attached to him and we're not going to give him back.”

San Diego Police were called, but since Ghost wasn't taken from Kirstin's home, this is more of a civil property issue than a criminal case.

News 8 tried to speak with the family that now has the kitten. A man inside didn’t open the door, but did yell from inside that “this is a cat that came to my home that I tried to take care of.” He added that he’ll deal with all of this in court.

In the meantime, neighbors who heard about the story through the Nextdoor website rallied Tuesday outside his home, hoping the public pressure would convince him to change his mind. So far, it hasn't worked.

“They have no compassion for any of it,” Kirstin said. “They're saying it's theirs now and finders keepers. It’s like we're in elementary school or something.”