Authorities say the fires were started after a truck lost a wheel which caused the rim to spark. 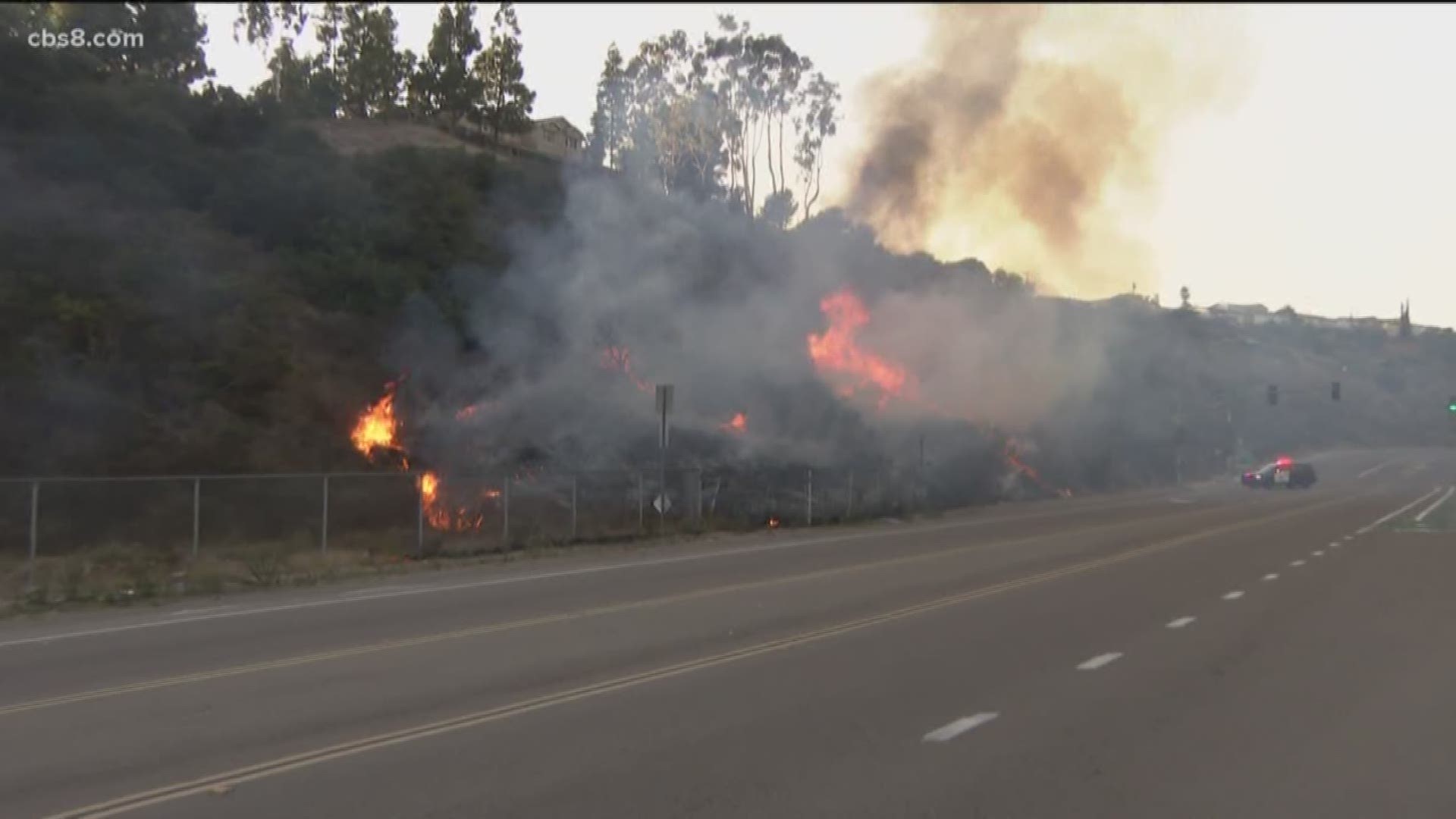 SAN DIEGO — Less than a day after a fire burned an acre of a Clairemont canyon, residents are still breathing a sight of relief.

Firefighters say a pickup truck lost a tire on Genesee Avenue which caused it to crash into parked cars. The rim of the truck sparked multiple separate fires. A witness told News 8, “We saw smoke in this direction, then we saw smoke in that direction. When we walked to our fence, we saw four different areas with smoke and fire.”

Fortunately, firefighters had a fighting chance thanks to a lot of defensible space. Residents say they just redid the fire break which made them feel much safer.

Cal Fire preaches the importance of clearing a fire line with a defensible space plan.