The majority of the protesters are displaying peace. 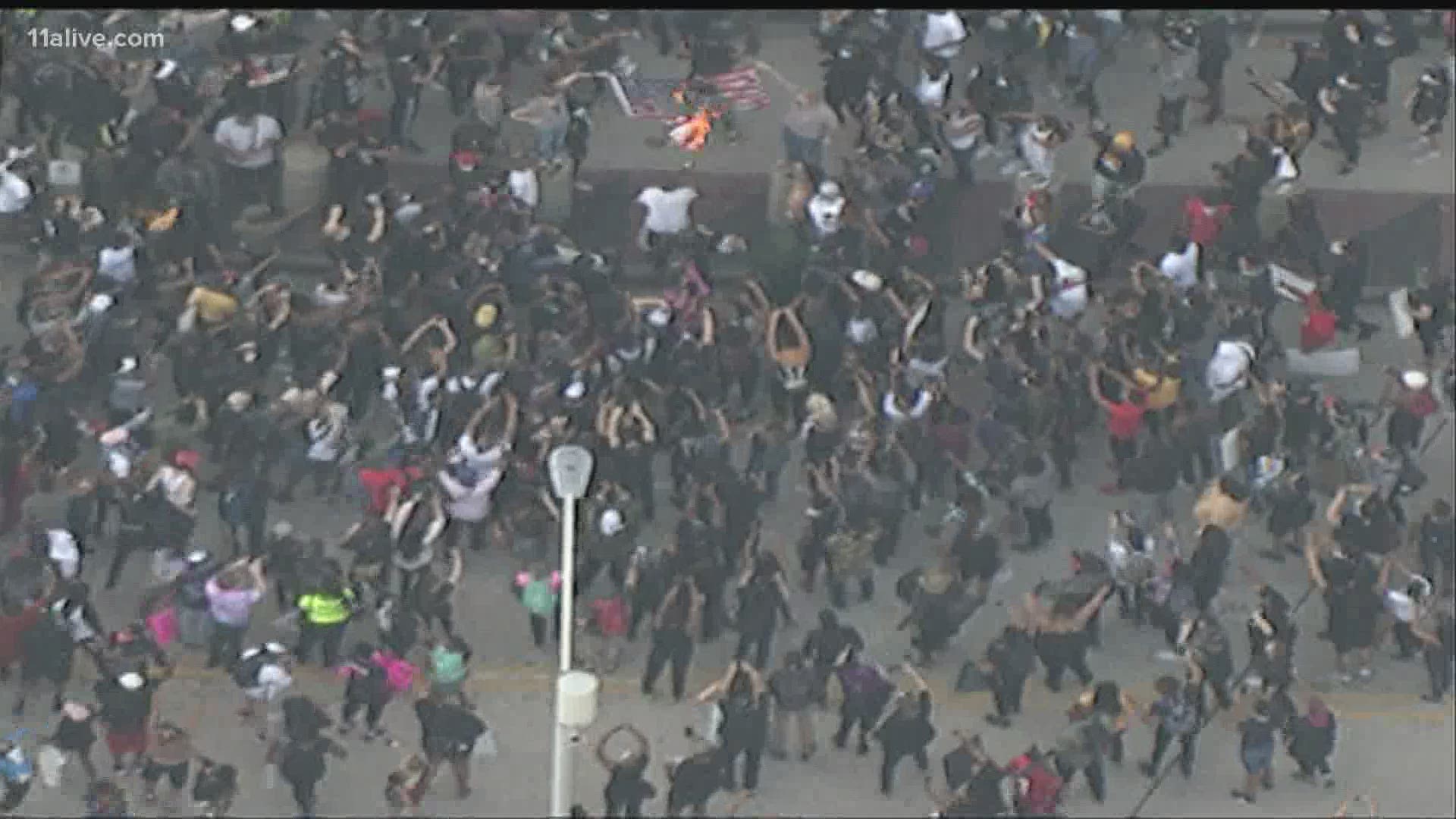 ATLANTA — The CNN Center in Atlanta has become a target of destruction for some rogue demonstrators in Atlanta Friday evening.  Watch the protest live, here.

An organized demonstration to protest the killings of George Floyd, Breonna Taylor and Ahmaud Arbery began around 3 p.m. and was organized to march from the Centennial Olympic Park area to the Georgia State Capitol a few blocks away.  That crowd then marched back toward to the park.

Most of the demonstrators were restrained and did not damage property. However, some gathered around the CNN Center that is located next to the park and began engaging with officers. Video from SkyTracker11 showed bottles and other items being thrown at officers. Those officers chose to back further down the sidewalk and not respond aggressively.

Through this all, Atlanta Police Department officers did not respond with riot gear to clear the crowd.

Protesters seek justice for death of George Floyd in Atlanta - May 29, 2020