The Citizen’s Law Enforcement Review Board recently found that a San Diego sheriff’s deputy contributed to the 2018 death of 40-year-old Earl McNeil. 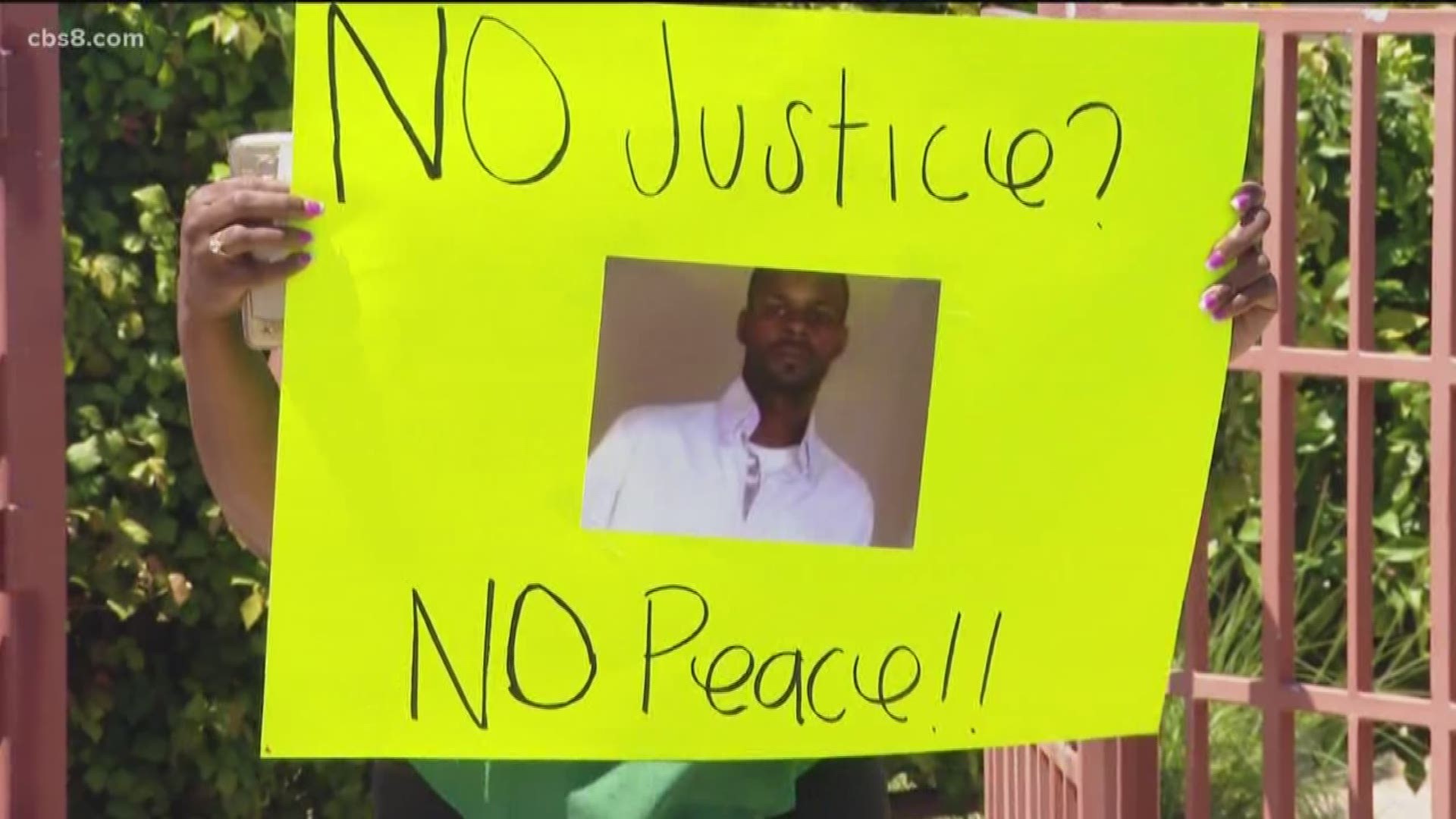 SAN DIEGO — San Diego community members were given the chance to speak out Tuesday about a man’s death from injuries he suffered in police custody. The Citizen’s Law Enforcement Review Board recently found that a San Diego sheriff’s deputy contributed to the 2018 death of 40-year-old Earl McNeil.

According to the board, the deputy violated department policy when he pulled a t-shirt over McNeil’s face shortly before he stopped breathing.

McNeil went to National City police seeking help on the morning of May 26, 2018 and called from outside the station saying, "he had a warrant, was high, and wanted to kill Jesus,” according to police. He wound up in custody, badly bruised, comatose and suffering from severe brain damage, according to his family. McNeil never regained consciousness and died after being taken off life support on June 11, 2018.

Following the incident, National City Police Chief Manuel Rodriguez spoke with News 8 about what happened while McNeil was in custody.

“He called us, said he was high, exhibited the signs of being under the influence and had meth on him,” said Chief Rodriguez. “The officers take him into custody, put him on the ground, and put him in the [body] wrap.”

Chief Rodriguez also said that a spit mask was placed on McNeil but did not mention a t-shirt being used.

Public comment on the case at the Citizen’s Law Enforcement Review Board’s monthly meeting began around 5 p.m. Tuesday at the County Administration Building.

Following public comment, the full board met in a closed session to discuss proposed policy change recommendations related to the death of McNeil. Click here to read the board’s findings and proposed recommendations. The board posted its results from the session online here. They found that there was not sufficient evidence to prove or disprove allegations that law enforcement used force against McNeil. They did conclude that a t-shirt being placed over McNeil's nose and/or mouth violated policy. They approved policy recommendations as well.

According to the board, CLERB is “supposed to hold the Sheriff’s Deputies and County Probation Officers accountable and provide policy recommendations.”

"The Sheriff's Department respects CLERB's authority to review, investigate and report on in-custody deaths and we take their recommendations seriously. We have reviewed the May 26, 2018 incident involving Earl McNeil. After reading through CLERB's investigative findings, we believe their policy recommendations have merit. We will examine our policies to see how we might implement the listed recommendations. In regards to the alleged policy violation, we do not see enough evidence to support CLERB's investigative finding that the t-shirt was used in a way that affected Mr. McNeil's breathing.

"As the CLERB investigative report indicates, Mr. McNeil successfully spit on a deputy and saliva was misting through both the spit sock and the spit hood. Throughout the incident, Mr. McNeil told National City Police Officers and Sheriff's Deputies he was HIV positive while he continued to spit at them. Per the CLERB report, former Sheriff's Deputy Frantz used the t-shirt to shield Mr. McNeil's mouth to prevent him from continuing to spit on deputies. Deputies did not know if Mr. McNeil's statements were true or not at the time. As a result, we believe Deputy Frantz’ actions to be reasonable given the circumstances and actions taken by Mr. McNeil. There was no disciplinary action taken against the deputy."