Major brands that have had products on store shelves and in kitchens nationwide for generations are removing Black stereotypes from their products. 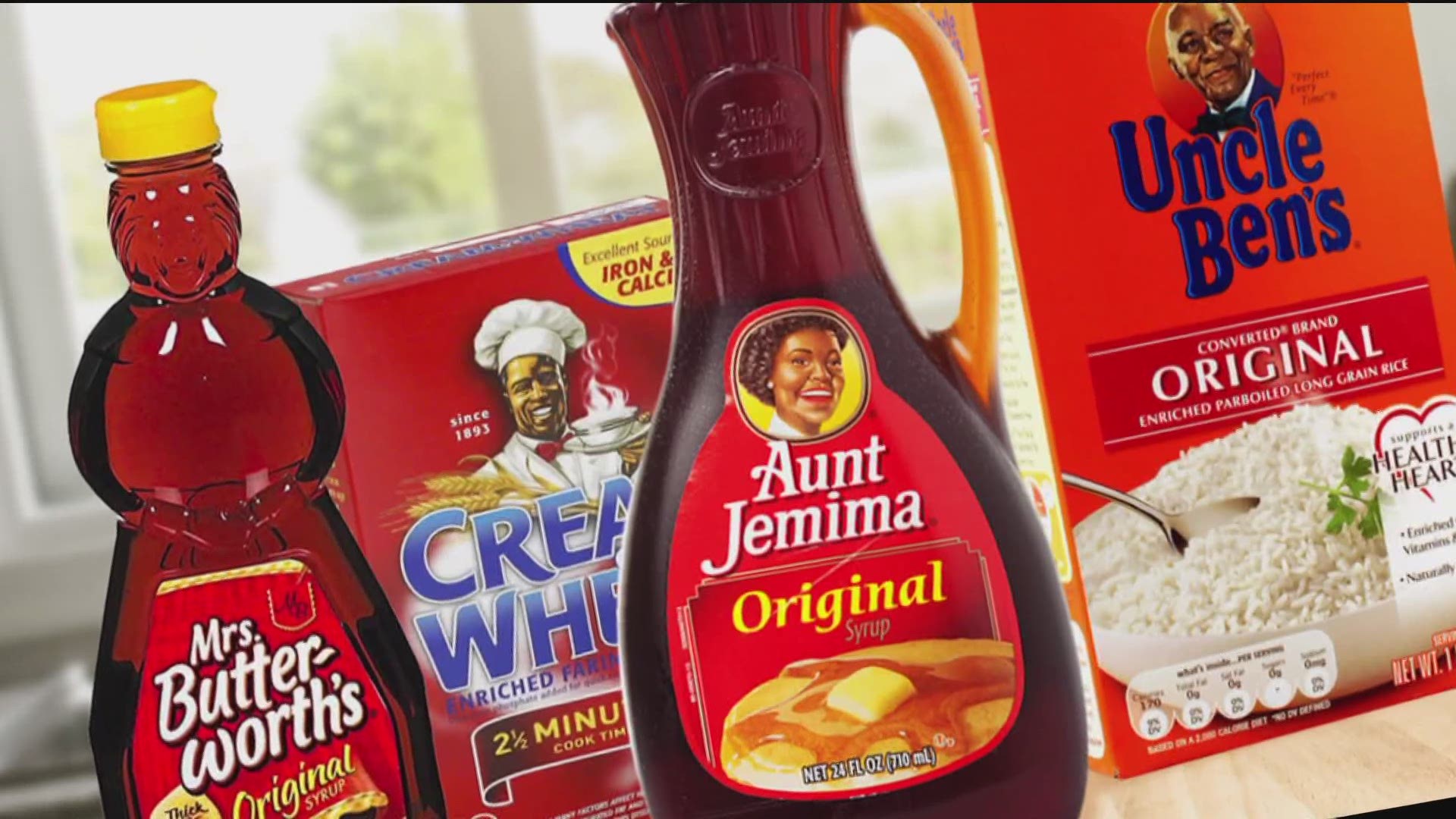 SAN DIEGO — Using stereotypical Black images to market products has been in existence for many corporations for decades, but recent protests are prompting companies to make a major change.

It’s out with Aunt Jemima as the face of pancake mix and maple syrup after 131 years. The Quaker Oats Company will no longer use the stereotypical or name or logo.

"There are some people who look at that image, and they're just reminded of good times that they spent growing up. It's nostalgic. For others, myself, included, it represents the vestiges and residue of Jim Crow and enslavement,” said Dr. David Pilgrim, Founder of the Jim Crow Museum at Ferris State University in Michigan. "That's a huge company with a lot of political sway."

Bid farewell to Uncle Ben's Rice, as Mars, Inc. announced that the company would be "evolving" the brand's identity, including the brand's logo.

Other Black faces on breakfast foods, including Mrs. Butterworth's and the Cream of Wheat man “Rastus,” are also under scrutiny by their parent companies following weeks of protests for racial injustice after the death of George Floyd.

Symbols of slavery are being removed, from Confederate statues in the South to the taking down of a Christopher Columbus statue in Chula Vista's Discovery Park.

Columbus is also leaving California's State Capitol as a statue there with Queen Isabella will be removed from the building’s rotunda in Sacramento. Lawmakers said that it had been there since 1883, and is now out of place given the explorer's polarizing past.

Also in the state’s capital, loud chants of “take it down,” could be heard by protesters this week as a statue of Sacramento's founder John Sutter was hauled away.

"Everybody around the country is tired of it and tired of seeing people who represent slavery," said Native American activist Ida Rodriguez.

But some cite Sutter's historical significance.

"Any time we try to compare 19th-century standards to 21st-century values and mores, we're always going to end up on opposite levels,” said Steve Beck, a Sacramento historian, who spent 20 years working as a Sutter’s Fort guide with the State Parks Department.

As for what the former Aunt Jemima breakfast products will be called next? Quaker Oats plans to announce a new name by this fall.

RELATED: Latinos getting COVID-19 at 4 times the rate of whites in San Diego County