As of Thursday, a viral video has received nearly 3 million views 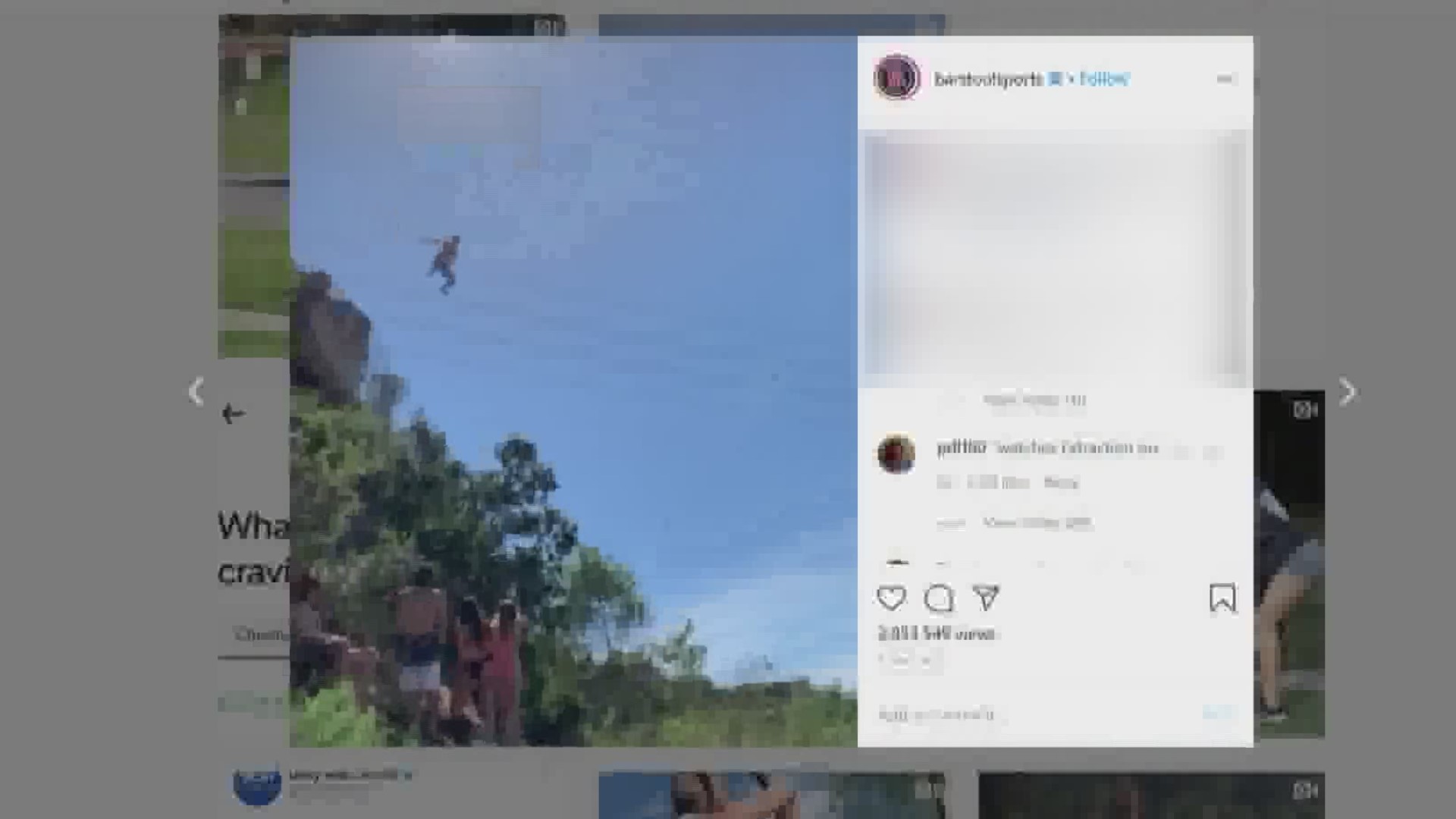 SAN MARCOS, Calif. — Residents in one San Marcos neighborhood are concerned about cliff jumpers that are trespassing on private property.

A recent video posted on social media has gone viral. It shows teenagers gathering in a large group, and jumping off the cliffs near San Elijo Hills.

One of the teenagers came dangerously close to hitting the rocks.

"I thought it was pretty crazy," said Mike Lena, who lives in the neighborhood.

"I've been back there a bunch of times," he said. "I didn't think of jumping that high."

Neighbors, like Harpriya Singh, said their street has recently been getting a ton of traffic. She doesn't believe it's simply because of the hiking trials.

Her concern, besides the dangers of jumping, was the lack of social distancing.

"[It's] unsafe. The amount of kids that were in the video, the first thing that came to mind is 'it's not allowed,'" she said.

With so many kids not at school during this stay-at-home order, she worries the crowds will only get bigger.

The San Diego County Sheriff's Department said it's aware of the problem. Sgt. Aloha Peters said the department has received multiple calls about the cliffs recently. A helicopter was sent to the area, instructing people at the cliffs to leave.

"The first thing I thought was 'that's so dangerous. He's so lucky," said Peters after watching the video.

The cliff jumping area is on private property owned and managed by the Center for Natural Lands Management, which is a part of the Rancho La Costa Habitat Conservation Area, set aside for the protection of endangered species and their habitats.

Peters said anyone choosing to go there is trespassing.

"We are concerned about the safety of the individuals who choose to engage in that kind of action," she said. "If you're not worried about your own safety, think about the own people who might go to that area or people who view that posting who think 'I would like to try that out.'"

So far, deputies haven't issued any citations there. Peters said the owner of the property has told them they plan to add extra patrols out here.

The San Diego County Sheriff's Department issued a statement, which reads, in part:

The... Conservation Area, located in the City of San Marcos, has become an area where people reportedly are trespassing onto private property to hike to and dive into a quarry. These acts have been posted on social media and are very concerning for the safety of those involved.

The Center for Natural Lands Management controls the area and was made aware of this activity. They filed a Trespass Arrest Authorization form with the San Diego County Sheriff's Department to allow deputies to enforce any trespassing violations on the property. According to the manager for the Center for Natural Lands Management, there are "No Trespassing" signs posted and fencing around the area. Deputies from the San Marcos Station are monitoring and enforcing violations pursuant the authorization.

*****
Editor's Note:  This story has been updated from the original posting to correct property ownership information.

RELATED: Your Stories: Are authorities enforcing laws against jumping off Sunset Cliffs?