Concerts In Your Car debuts in Del Mar

Starting Tuesday, a new drive-in entertainment option was being unveiled at the Del Mar Fairgrounds. 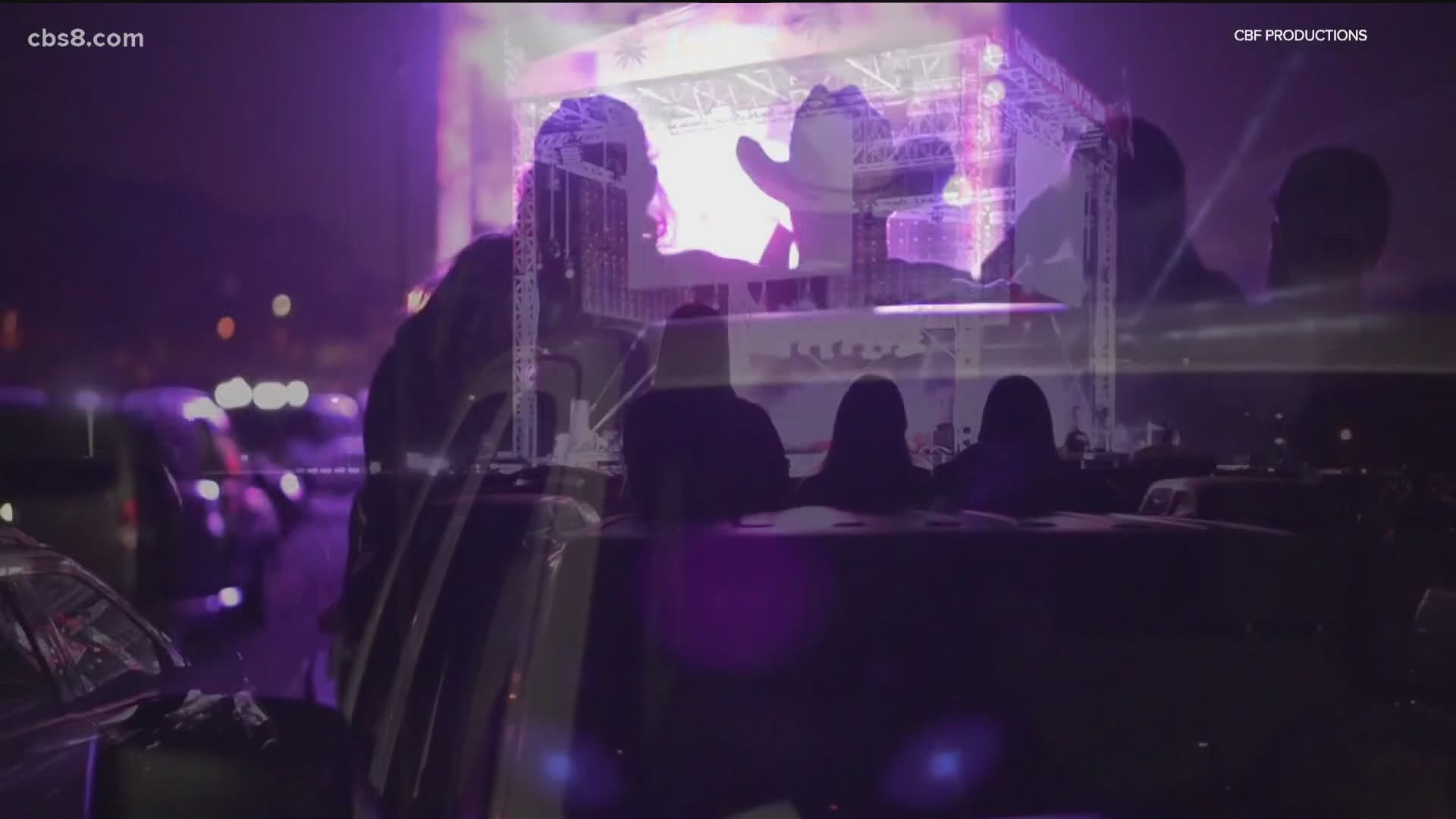 DEL MAR, Calif. — During this pandemic, we're all trying to find safe ways to have fun.

Starting Tuesday, a new drive-in entertainment option was unveiled at the Del Mar Fairgrounds. It's called Concerts In Your Car.

The concept is to stay socially distant in your vehicle all while enjoying a show on a massive 360-degree stage.

The shows have already been going on in Ventura over the past few months, where Concerts In Your Car originated.

Now, it's headed to the Del Mar Fairgrounds, starting with the movie "Grease" on Tuesday, continuing with concerts and other live events through the end of December.

"We're gonna have everything from a circus to movie nights to big-name acts, like the Beach Boys and Snoop Dogg," said organizer Vicenzo Giammanco.

Giammanco came up with the concept in March after the pandemic forced his entertainment company, CBF Productions, to cancel shows and furlough staff.

"We brought the team back. We got the PPE loan. I mean this is really just like a Hail Mary kind of attempt," he said.

He calls the Concerts In Your Car, an outdoor entertainment venue. Tickets can be ordered online and the cost is one flat rate per vehicle. Movies are $29 and concerts start at $99 depending on where you park.

As for food and drinks, those are available as well.

"You're able to order right there," Giammanco said. "We'll text you when it's time to pick it up. There's a pick-up window. Everything is well thought out and socially distanced."

Come Christmas time, a drive-through light show will be added to the fairgrounds. Beyond that, Concerts In Your Car will open in more cities; next up in Phoenix.

Giammanco envisions this type of set up will continue for some time, saying he's not trying to replace normal shows, he's simply re-envisioning them.

“I don’t think we have scratched the surface of what this is gonna be," he said. "It's gonna adapt as we adapt to the current situations.”

Attendees of the events can choose to stand outside their car or bring a chair but must have a mask on.