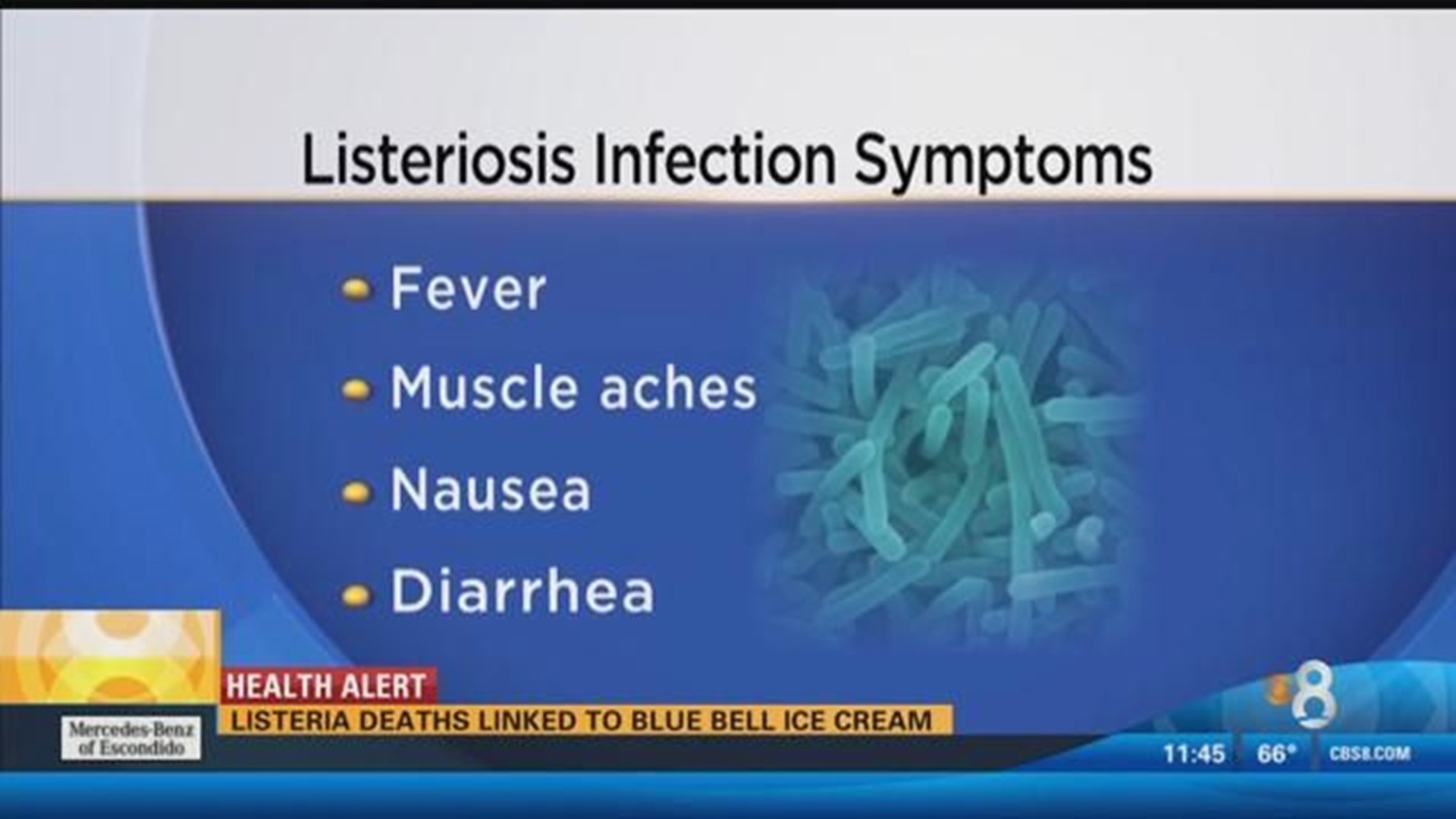 Federal health officials say they're now aware of 10 listeria illnesses linked to ice cream and other products made by the company over the last five years, including three deaths.

The Centers for Disease Control and Prevention had previously reported eight illnesses from Kansas and Texas, including the three deaths in Kansas. The agency said Tuesday that two more illnesses have been confirmed in Oklahoma and Arizona.

The recall includes ice cream, frozen yogurt, sherbet and frozen snacks distributed in 23 states and abroad because the products "have the potential to be contaminated," according to the statement.

The company "cannot say with certainty" how the bacteria was introduced to its facilities, Blue Bell's chief executive Paul Kruse said in a statement.

"We're committed to doing the 100 percent right thing, and the best way to do that is to take all of our products off the market until we can be confident that they are all safe," Kruse said.

The first recall in the family-owned creamery's 108-year history was issued last month after the CDC and state health officials linked ice cream contaminated with listeria to the three deaths at a Kansas hospital.

The illness was tracked to a production line in Brenham, Texas, and later to a second line in Broken Arrow, Oklahoma. Monday's recall also applies to products produced in a Sylacauga, Ala plant.

The new samples of tainted ice cream were discovered through a testing program the company initiated after its first recall, according to the statement.

The manufacturing facility in Oklahoma where operations were suspended earlier this month for sanitizing will remain closed as Blue Bell continues to investigate the source of the bacteria, the statement said.

Blue Bell is implementing a process to test all of its products before releasing them to the market, with plans to resume limited distribution soon.

The company said it is also expanding its cleaning and sanitization system, beefing up its employee training, expanding its swabbing system by 800 percent to include more surfaces and is sending daily samples to a microbiology laboratory for testing.