Fixed-gear bicycles are the latest fad that's becoming increasingly popular with local teenagers. But these modified bikes can be very dangerous for unprepared riders. It's a growing trend that con 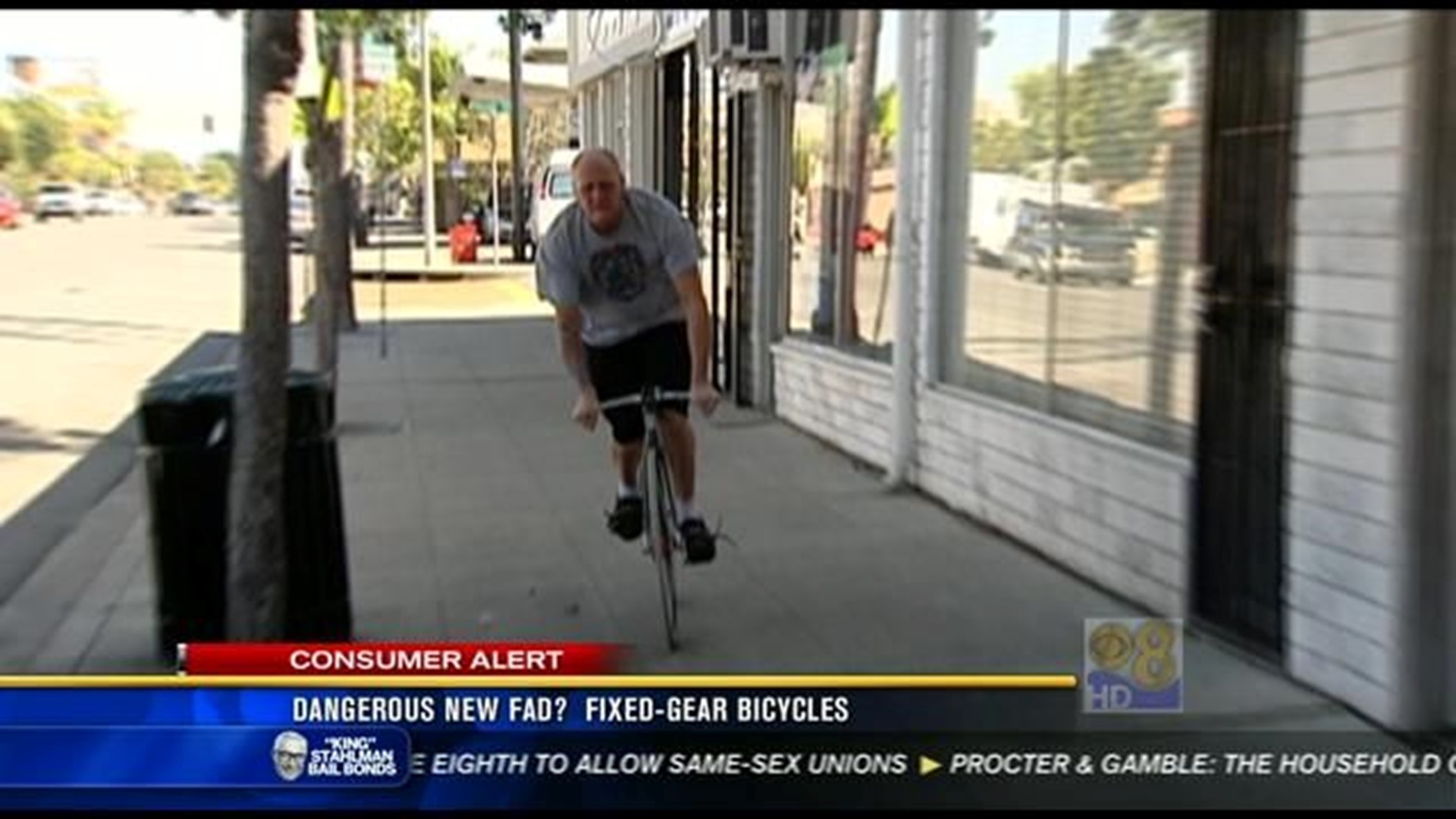 SAN DIEGO (CBS 8) - Fixed-gear bicycles are the latest fad that's becoming increasingly popular with local teenagers. But these modified bikes can be very dangerous for unprepared riders. It's a growing trend that contributed to the death of a local high school student.

On Thursday, a funeral was held for a local 17-year-old boy who died in a bicycle crash. But he wasn't riding on an ordinary bike. Instead, he was riding on something called a "fixie."

"It can buck you off if you don't know how to stop," bike messenger Rick Agresto said.

"They're very reliable. They don't break -- there's less parts to break," he said.

Richie Ditta at Brooklyn Bicycles says they're different from a normal bike because the pedals are always in motion when the bike is moving, meaning you can never stop pedaling and just coast.

"The bike has direct drive, so when I peddle forward or backward, that's how the chain makes the wheel move back and forth," he explained.

What potentially makes a "fixie" dangerous is stopping. Your legs have to be strong enough to instantly stop the pedals.

"You gotta build muscles up to stop properly, and even then, it's not really enough," a rider said.

Some "fixie" riders add a hand brake to help slow the bike down. Others do not. And when there's a problem, the results can be fatal.

Seventeen-year-old Francisco Sanchez Porras was killed last week when the Bonita High School student's "fixie" crashed into a car at an Encanto intersection.

"We have numerous witnesses that are pretty consistent. The bicyclist entered the intersection without stopping," SDPD Sgt. Art Doherty said.

"Fixies" are legal, and San Diego police say they haven't noticed enough accidents with them yet to cause concern. But because they're great for doing tricks, the bikes are becoming more and more popular with teens, who may or may not have the strength to quickly stop them.

One "fixie" rider equated riding one of the bikes to skiing. You don't have brakes on skis, you use your legs.