A bizarre toy bought at a dollar store in Ohio is making waves online. Reactions range from outrage to downright surprise. The toy looks innocent enough, but there's something sinister lurking unde... 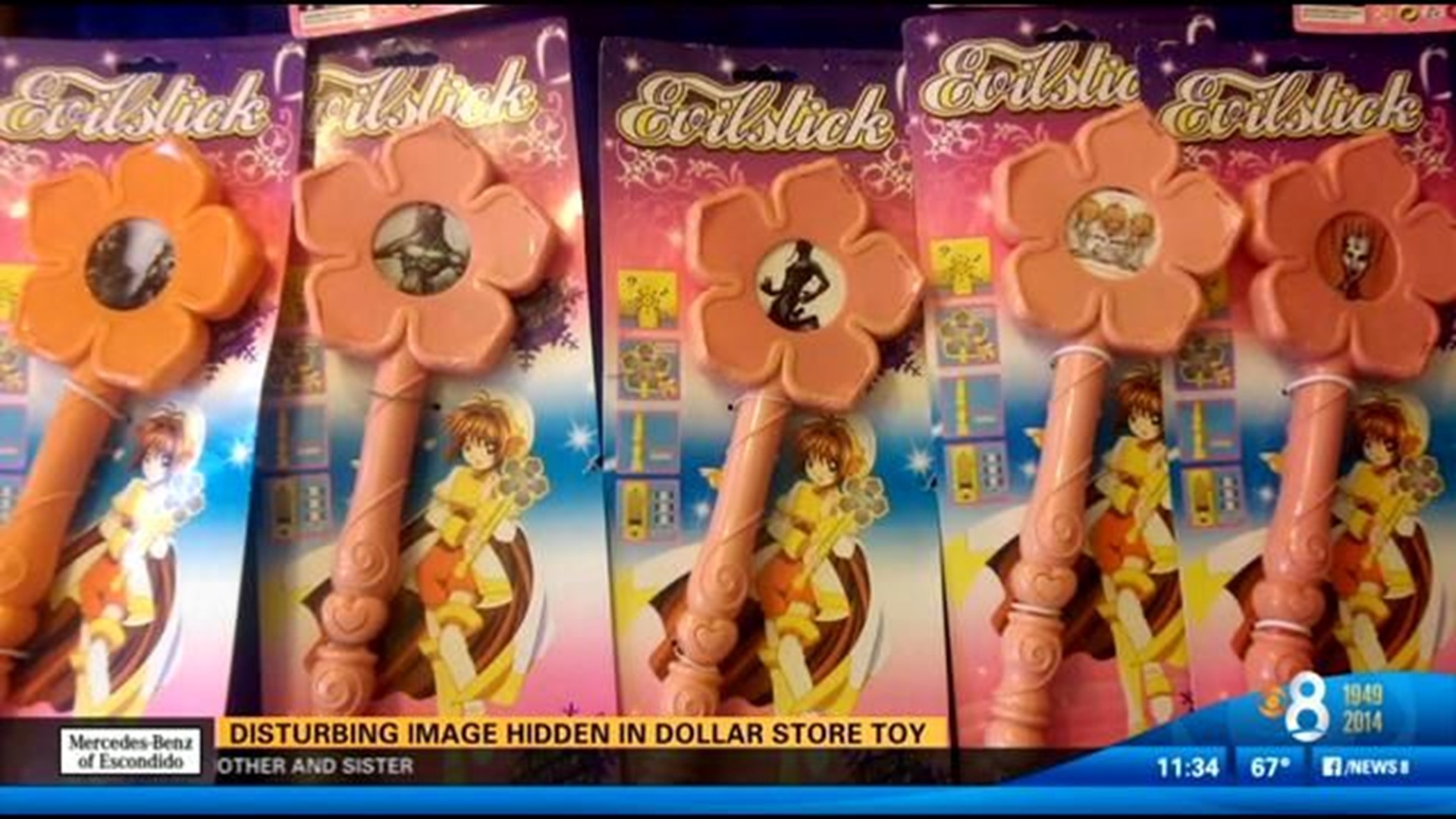 (CBS 8) - A bizarre toy bought at a dollar store in Ohio is making waves online. Reactions range from outrage to downright surprise. The toy looks innocent enough, but there's something sinister lurking underneath.

At the store near Dayton, Ohio, the shelves were loaded with the pink princess wand called an "Evilstick," which promised to "send out wonderful music." But peel back the foil and push the button, and you'll see a picture of a young girl with red eyes, cutting herself and drawing blood with a knife while hearing an evil, cackling laugh.

"If you look close enough, it's not a drawing. It's an actual girl slitting her wrist," mother Nicole Allen said.

Allen bought the toy for her 2-year-old daughter earlier this week.

"I'm outraged over it. I want to know how they think that is suitable for a child," she said.

The toy was made in China by an unknown manufacturer. Amar Moustafa, the owner of the dollar store, is defending the device and says it was properly labeled.

"The name of the device says 'Evilstick.' So from the name, if I'm buying it for my kid – and I have a lot of kids, I have young ones – I would inspect it before I give it to them," Moustafa said.

Although the toy's packaging states it's for children ages 3 and up, he feels it's better suited for slightly older children.

Although Moustafa says it's a parent's responsibility to read the toy's label and determine what's appropriate for their children, Nicole Allen disagrees.

"There were Barbie Dolls on one side, and baby dolls on the other side, and these were right in the middle of where they were at," she said.

Other customers near Dayton, like Tina Musgrove, say the Evilstick won't be going under her Christmas tree, because she feels it promotes suicide and sends a bad message.

"You don't want to think about little girls picking that up and thinking this is normal or funny or interesting, or any of those things," she said.

The store has sold out of Evilsticks, and suddenly the toy that was sold for $1 is now being offered on eBay for $200.