DMV orders drivers to get smog tests that aren't due

If you recently received a notice to get your vehicle smog checked, it may be a mistake. The DMV sent out notices to 13,000 drivers whose vehicles are not actually due for a smog check this year. 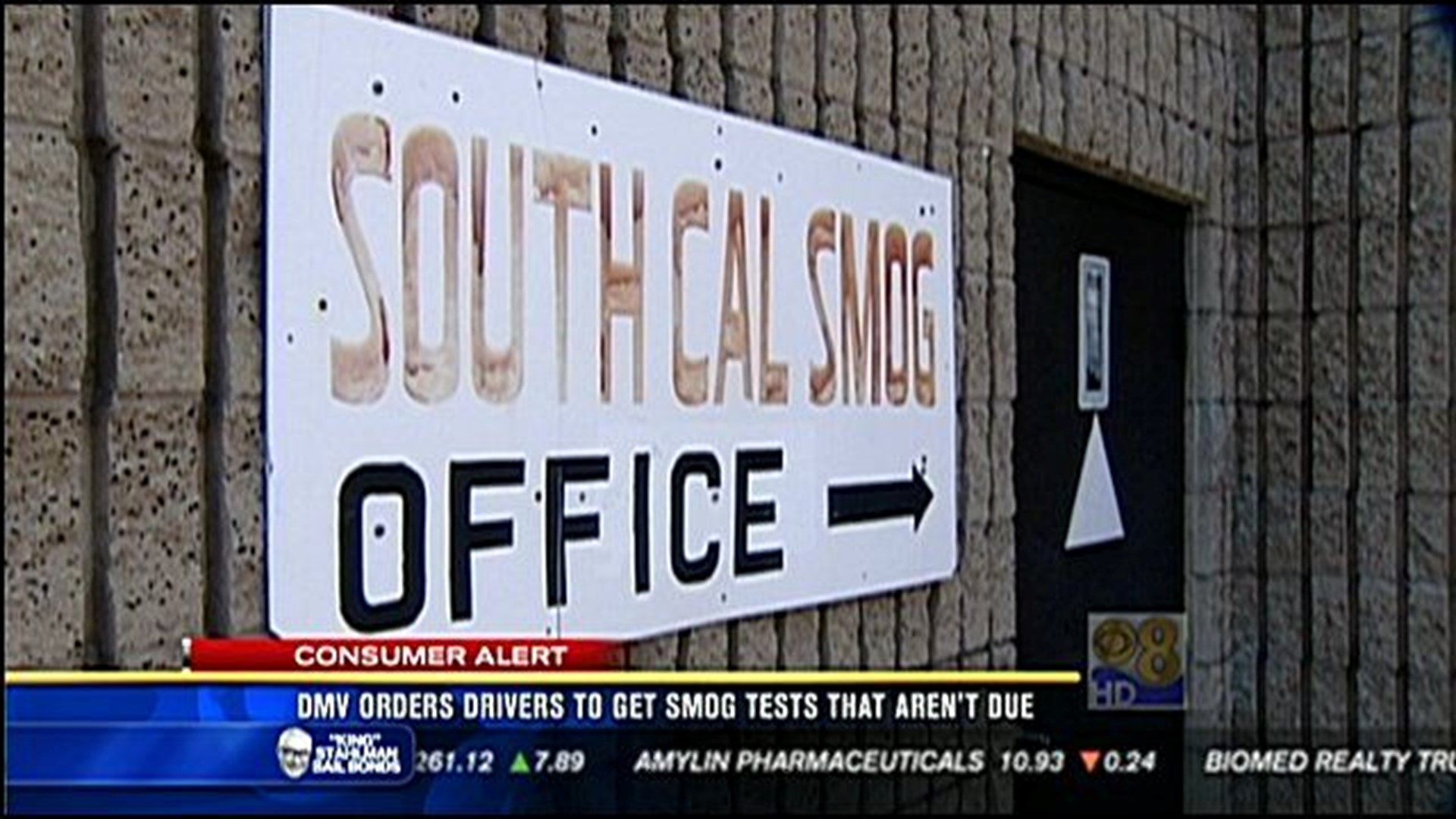 SAN DIEGO (CBS 8) - If you recently received a notice to get your vehicle smog checked, it may be a mistake. The DMV sent out notices to 13,000 drivers whose vehicles are not actually due for a smog check this year.

"We don't know what happened. Sometimes the computer thinks on its own and makes changes," DMV spokesperson Jaime Garza said.

The DMV requires smog checks every two years, but 13,000 car owners who got their vehicles checked last year got a notice saying they need it again this year.

"We're talking about January 2 to January 18 for folks who had registration due," Garza said.

The DMV says it's not sending corrected registration renewals or notices advising of the problem to those who got the error.

Delila Arroyo at South Cal Smog says they haven't heard a thing about the mistake, and over at Genesee Auto Care, they haven't either. Emissions technician Rich Stephens showed us the computer that sends his shop notices from the state. We went back more than a month, and there was nothing about the problem.

"I think they should tell us or else people will be paying twice for something they don't really need," Stephens said.

For vehicles that don't pass the unneeded smog check, owners could be forced to put thousands of dollars into their cars for maintenance that possibly could have been deferred for a year.

"We're sorry there's any inconvenience to our customers. We're doing everything we can to get it right. We appreciate our customers' patience with this," Garza said.

The DMV says its computer records have been updated, so if you know you got the wrong notice you should be able to pay your registration without getting a smog check... but it'll be up to you to catch the DMV's mistake.